Suppressing the children of Egypt′s revolution | Middle East| News and analysis of events in the Arab world | DW | 25.12.2013

Suppressing the children of Egypt's revolution

In Egypt, the police and military are repressing young revolutionaries: Three iconic figures of Mubarak's peaceful overthrow have been imprisoned, and one young activist was shot dead. 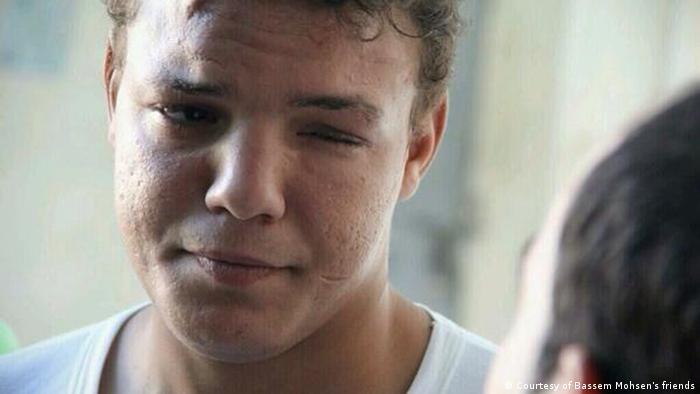 If Egypt ever had a tragic revolutionary, it would be Bassam Mohsen. The young activist died of his injuries last Saturday (22.12.2013) - the police had shot him in the head and chest.

Mohsen's tale started in 2011 when he was just 20 years old: He left his hometown Suez to join the protests against then-President Hosni Mubarak in Cairo. He was among the thousands who demonstrated for democracy and freedom at Tahrir Square, and he also took part in protests after Mubarak stepped down that same year. Bassem lost an eye when a policeman shot him in the face in front of the interior ministry. But that didn't stop him.

In 2012, Mohsen protested against the imprisonment of friends who faced a military tribunal. He was sentenced to two years in prison. But Mohamed Morsi granted him amnesty, and he didn't serve time.

Discontent about the political and economic situation in the country grew under the regime of the Muslim Brotherhood, and Mohsen participated in some serious scuffles with Brotherhood supporters. Mohsen joined the Tamarod ("rebellion") movement, becoming its leader in Suez. The movement's petition and mass demonstrations backed up the military's overthrow of Morsi.

Since the coup, the military under General Abdel al-Sisi has been ruling in Egypt. It's also been brutally suppressing Muslim Brotherhood uprisings - more than 1,000 people were killed last autumn.

The committee formed to draft a new constitution - appointed by the interim government - ratified a new draft to replace the post-revolutionary constitution of 2011. The exact wording of the document became known just a few days ago. It does not draw from Sharia, the most important reference for the former Mubarak constitution.

Instead, the new constitution bans religious parties. The military's role remains central and untouchable. Earlier, it was leaked that military trials of civilians will be allowed in certain cases. These events are leading some to question whether Egypt under the military becoming a dictatorship again. 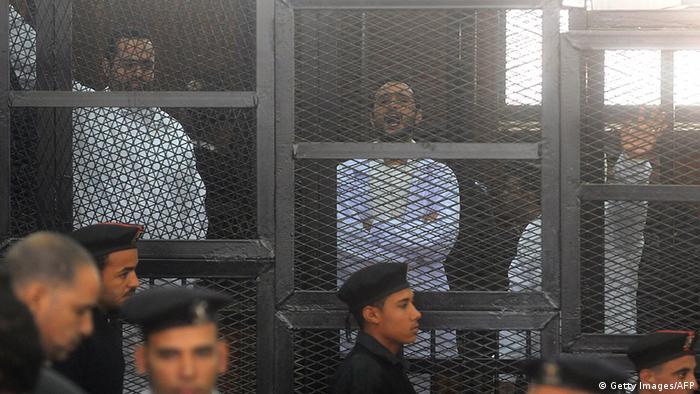 Out of concern about the current developments, Mohsen joined his former enemies in the Muslim Brotherhood at a demonstration in Suez on December 20. The police fired several shots at Bassem Mohsem, hitting him in the head and chest. Two days later, he died - at the age of 22. The police denied involvement.

His death caused outrage on Twitter. One user wrote, "We've lost a martyr who was brave enough to fight Mubarak, Morsi and the military." A young woman tweeted that a revolution against the oppressors is more necessary than ever. But many Egyptians doubt that the current situation will allow this.

The military's suppression is focusing ever more on the pro-democracy movement. Shortly before Mohsen's death, it became known that the three activists Ahmed Maher, Ahmed and Mohamed Adel were sentenced to three years in prison and slapped with a fine equivalent to 5,300 euros ($7,250).

The activists have been accused of participating in illegal demonstrations this past November. It was the first conviction based on the new and controversial law governing assemblies, under which police must expressly grant permission for any demonstration to occur.

There was commotion in the courtroom after the verdict was announced. The activists' supporters shouted: "Down with military rule!"

The three activists are well known in Egypt - Maher, Douma and Adel are leading figures in the April 6 Youth Movement, which started the protests against Mubarak in January 2011. To many young Egyptians, they stand for a democratic Egypt.

"The verdict shows that the military wants to take revenge on the activists and icons of the revolution," said Amr Ali - coordinator of the April 6 Movement - during a press conference. 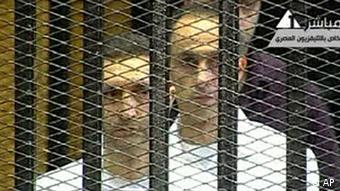 Mubarak's sons Gamal and Alaa were acquited of corruption charges

Few had expected such a stiff sentence. Gamal Eid, director of the Arabic Network for Human Rights, said in an interview with the New York Times that the verdict is a warning for all democracy activists. The military is trying to tell the population that they should keep calm, Eid was quoted as saying. The military's message was support us or go to jail, Eid said.

On Thursday (19.12.2013), a court in Cairo acquitted Gamal and Alaa Mubarak of corruption charges - the sons of the former president have always supported the military. The court also acquitted Ahmed Shafik, the last prime minister under Mubarak's rule.

Police brutality in Egypt back in the spotlight

As the third anniversary of Egypt's revolution approaches, key reforms have yet to be implemented. One demand was to rein in the security forces, but there is little sign of that as the crackdown on protesters continues. (18.12.2013)

Egypt's Muslim Brotherhood is facing a wave of trials. Although courts have dismissed charges against many protesters, the country fears yet more violence when the main trials against the Islamists began on Monday. (09.12.2013)

Experts are in disagreement over Egypt's new draft constitution: Is it an uneasy compromise, or a breakthrough for democracy? Possibly as soon as January, the Egyptian people will decide in a nationwide referendum. (02.12.2013)

Myanmar: 4 dead in Mandalay as junta clashes with militia