On 25 September, Iraqi Kurds will vote in an independence referendum. Kurdish leaders consider a state of their own a just reward for their involvement in the fight against IS. Brussels, however, sees things differently. 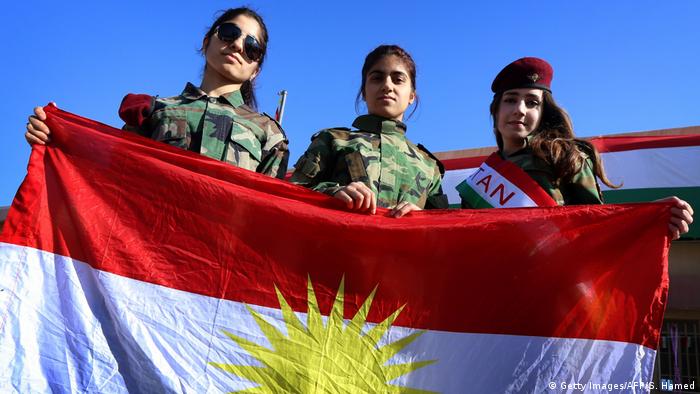 In a small room in a generic glass and concrete office building in Brussels, everything has been decked out as you would expect for a historic event. The podium is adorned with Kurdish flags; beside it hangs a map depicting the Kurdish regions in Iraq. Kahraman Evsen, the president of the Kurdish-European Society, is addressing the European press to present the case for an independent Kurdistan.

He takes up his position at the podium, with two colleagues sitting on either side. Solemnly they read out, in Russian, English and Kurdish, a declaration of independence from Iraq that had been signed by 60 Kurdish organizations. The press conference doesn't go too smoothly, though. Every now and then the microphones cut out and suddenly start buzzing. There's a permanent background murmur from talkative Kurds in the audience. Meanwhile, the representatives of the international press slouch unenthusiastically in their seats and leave the conference early. Here in Brussels, no one seems that interested in the upcoming referendum. 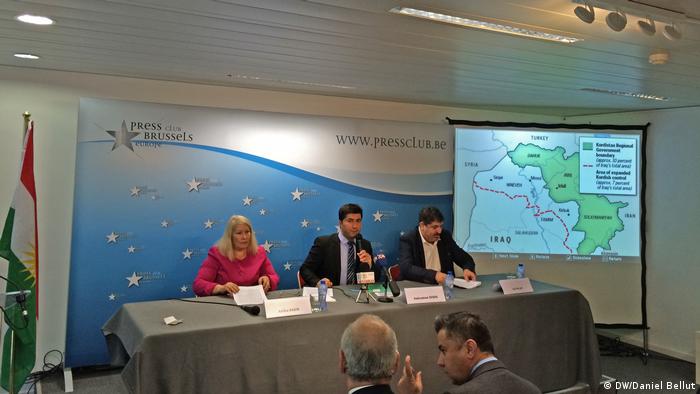 Evsen, however, remains undaunted. This charismatic Kurdish-German argues with pathos for the secession of northern Iraq. "The drawing of artificial borders in Iraq a hundred years ago on the basis of the Sykes-Picot Agreement has brought with it, above all, suffering and forced displacement, as well as ethnically and religiously motivated persecution."

The Peshmerga fighters of northern Iraq have proven to be a powerful bulwark in the fight against the so-called 'Islamic State' (IS) terrorist militia – unlike the troops of the Iraqi central government. The Kurds have made many sacrifices and endured many hardships in the process, and now Masoud Barzani, the president of the autonomous region of Kurdistan, is pressing for them to be rewarded. Kahraman Evsen says the Kurds have demonstrated that they are a reliable partner for "the civilized world." He calls upon the central government of Iraq, Kurdistan's neighboring countries, Germany, the EU and the United Nations to recognize the result of the referendum. 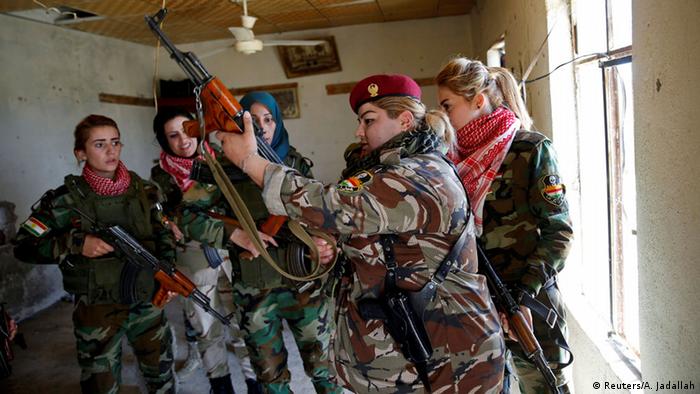 Iraqi Kurds who have fought in the coalition against the 'Islamic State' included female fighters, such as Haseba Nauzad (above with weapon).

No backing from the international community

The international community greatly values the Kurdish deployment against IS. However, with the exception of Israel, there is not one single country that supports the independence referendum. US Secretary of State Rex Tillerson emphasized recently that it was far too early for independence. Iraq's neighbors, Turkey, Syria and Iran, are concerned that an independent Kurdistan could fuel separatism among their own Kurdish minorities. The Iraqi central government is also opposed, as it is laying claim to the territories liberated by the Peshmerga – after all, the region around Kirkuk is very rich in oil. Another consideration is the fact that the region is inhabited not only by Kurds but also by Turkmens and Arabs. 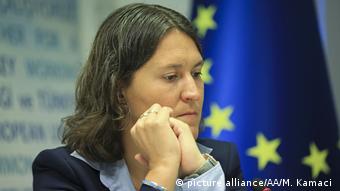 Even the European countries that support the Kurds with arms in the fight against IS have taken a critical position. Kati Piri, a Dutch member of the European Parliament and Middle East expert, explained the EU's point of view. "In the council for external affairs all 28 EU members have adopted an official position against the referendum. The European states wish to see a united Iraq."

Piri explained there were concerns that establishing a Kurdish state at this early stage could further destabilize the already fragile region. "In the neighboring countries, Turkey, Iran and Syria, where there are Kurdish minorities, civil wars could break out … Iraq itself could also destabilize, as there are different ethnic groups in the north of Iraq. There are even rival factions among the Kurds." The Iraqi central state must first consolidate itself before such territorial restructuring could take place, Piri added.

Has the time come for Kurdish statehood?

Evsen is bewildered by this argument. He believes the reverse is true – that a Kurdish state would stabilize the region. "When was Iraq ever stable? So much blood has been shed in the past between Sunnis, Shiites and Kurds. We would establish a reliable, pluralist and secular system that would stabilize Iraq, and that could be a model for the whole region." 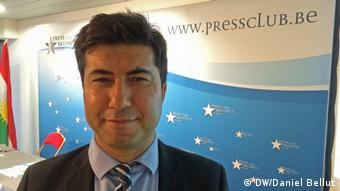 From Evsen's perspective, an independent Kurdistan would ease tension in the Middle East

The Sykes-Picot Agreement of 1916 that established the borders did not favor the Kurds – they were given no state of their own. More than 100 years later, they are emerging rather better from the upheaval in the Middle East: The Kurds are benefiting from the ongoing chaos in Syria and in Iraq. However, given the united opposition of international community, their dream of an independent Kurdish state could come to nothing once again.

Kahraman Evsen remains unimpressed. "If more than 50 percent vote for independence, the EU and the international community will accept the referendum," he says. "Anything else would violate the democratic principle."

China says it conducted military drills around Taiwan to warn US