Political and religious divides between Sunnis and Shiites have relegated local Arab Spring protests to little more than a memory in Bahrain. But some are trying to bridge the differences. 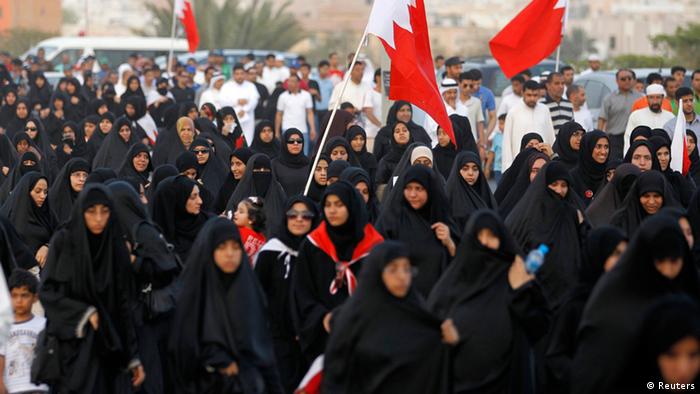 Jihan Kazerooni sits down on a comfortable chair in her large living room in an upscale neighborhood of Manama, the capital of Bahrain. She explains how she got involved in her country's Arab Spring uprising.

"When the revolution started on February 14 last year, I wasn't a participant," she says. "I was a government supporter, because I didn't know we had poor people in Bahrain." 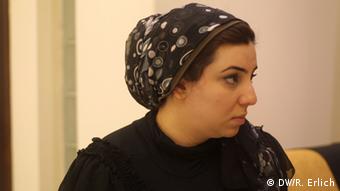 Kazerooni was an investment banker who drove a Lexus and came from an elite family. She is a Shiite Muslim. Most Shiites in Bahrain supported the Arab Spring opposition movement. But Kazerooni's class background played a much more important role in her initial reaction to the pro-democracy protests than her religious affiliation.

"I believed Bahrain TV that the demonstrators had weapons and they took blood bags from the hospital and poured it on themselves as propaganda," she said. "One day I took it upon myself to discover what's going on."

She visited Pearl Square, the center of protest. It was packed with tens of thousands of Bahrainis - Shiite and Sunni.

"When I reached [Pearl Square], I saw something I would remember for the rest of my life," she said. "I couldn't sleep for three days. I saw the police attacking the protestors, unarmed people."

Within days Kazerooni went from arranging corporate financing to promoting human rights. She became a researcher at the Bahrain Center on Human Rights, the country's leading human rights organization.

Kazerooni recalls the solidarity of Sunni and Shiite in those early demonstrations. But since then, she says, the government has worked hard to divide the country along sectarian lines in order to weaken the opposition.

Many Sunnis know the government is a corrupt dictatorship but fear a Shiite takeover even more, according to Farida Ghulam, a leader in Waad, a center-left opposition party. The government has convinced them that the Shiites are determined to create an Iranian-style religious state. 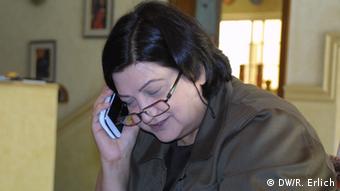 Ghulam said the government has fostered an atmosphere in which Sunnis don't trust even their old, Shiite friends. "They forgot they were neighbors," she said, "and denounced them for supporting the opposition. It's like McCarthyism in the US."

"The government told us to hate the Sunnis," he said, "especially the Moslem Brotherhood and the Salafis," groups with sharply conservative views on politics and religion. "Meanwhile the government tells the secular opposition that Al Wefaq is hopelessly backward."

With each group distrusting the other, said Salman, "their only connection can be with the royal family."

"We don't have an issue with what sect of Islam faith agrees or differs with the government," said Abdul-Aziz al Khalifa, a second cousin to the king and a government spokesperson. "The issue is when elements within the group turn to violence to express their views. Unfortunately they are political and religious views."

"There are significant numbers who want to follow the state system that is present in Iran today," he continued. "There have been calls for an Islamic republic in the past. I think under the surface, there are many more who believe in that form of government." 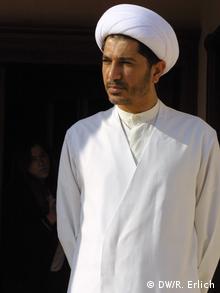 Iran is not a model for Bahrain's opposition, says Wefaq leader Salman

Historically, there have been ties between Shiites in Bahrain and Iran, which is just across the Persian Gulf. The Al Wefaq Islamic Society gained inspiration from Iran's 1979 revolution against the Shah.

But Wefaq leader Salman doesn't consider the current Iranian government a model for Bahrain. He said Iran's system is far from perfect.

"My opinion is that more freedom would be better in Iran," he said. Al Wefaq leaders also support the popular uprising against Syria's regime, which puts them at odds with Iran's support for Syrian President Bashar Assad.

While the Shiite community recognizes the differences between the Iranian government and Bahrain's opposition movement, many Sunnis do not. And whatever the cause of the division, both sides agree it is getting wider.

Newly minted human rights activist Jihan Kazerooni does what she can to bridge the Sunni-Shiite divide. She helped found BRAVO, the Bahrain Rehabilitation and Anti-Violence Organization.

"We concentrate now on rehabilitating torture victims, physically and psychology," she said.

BRAVO treats Sunni and Shiite without discrimination. Helping such victims is Kazerooni's way of overcoming religious divisions and building a new, non-sectarian Bahrain.

The Pulitzer Center on Crisis Reporting provided a grant for Reese Erlich's coverage of Bahrain.

Bahrain has reduced the jail sentence handed down to Nabeel Rajab, one of the leading figures in anti-government demonstrations in the country. However, the move was not welcomed by human rights activists. (11.12.2012)

As Pakistan's Shiite Muslims prepare for their biggest annual religious congregation on Sunday, commemorating the 'martyrdom' of Imam Hussein, their lives in the predominantly Sunni state are more unsafe than ever. (22.11.2012)

Authorities in Bahrain have stripped 31 Shiite Muslim opposition activists of their citizenship for having undermined state security. The move has been criticized by rights groups in the small island state. (07.11.2012)