Authorities in Bahrain have stripped 31 Shiite Muslim opposition activists of their citizenship for having undermined state security. The move has been criticized by rights groups in the small island state. 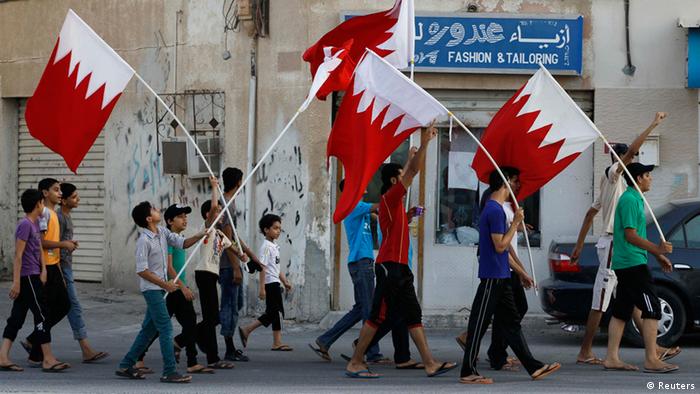 The state news agency BNA reported on Wednesday that officials revoked the 31 Shiite activists' citizenship because they had harmed national security.

The Interior Ministry announced that it would take the "necessary measures to implement the decision in accordance with the country's law and international commitments."

All those named are Shiite Muslims - including three former opposition lawmakers and two leading clergymen. The country, which has a majority Shiite population, is ruled by a Sunni Muslim royal family.

The decision means that the 31 may no longer be able to vote or travel abroad.

Bahrain's ruling Al Khalifa family had help from its Gulf neighbor Saudi Arabia in quelling a Shiite-led uprising over alleged discrimination that began in February last year. Hundreds were arrested at the time.

Since then, the unrest has been intermittent. However, police and protesters have recently begun clashing on a daily basis.

"It is apparent that the action taken ... is intended to punish them for expressing peaceful dissent and thereby intimidate others from exercising their right to freedom of expression," the statement read.

The groups also urged Bahrain's allies such as Britain and the US, as well as the UN, to apply pressure on the government. "This comes at a time when the crackdown in Bahrain by the authorities is intensifying, and in light of continued international inaction, will continue to deteriorate," the statement read.