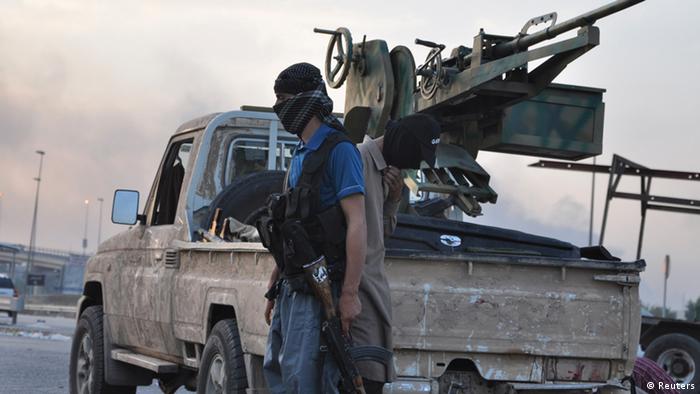 Sunni militants calling themselves the Islamic State of Iraq and Levant (ISIS) had moved into two towns in the eastern province of Diyala by early Friday, intent on advancing further toward the city of Baquba, the region's ethnically-mixed capital.

The developments signal what could be Iraq's greatest instability since the United State's 2011 troop withdrawal. On Thursday, Maliki's Baghdad government appeared paralyzed when parliamentarians denied him a quorum and power to declare an emergency.

Witnesses said countless vehicles carrying militants had also gathered near the city of Samarra, which has a revered Shiite shrine.

That coincided with evacuations from Balad in northern Iraq of planeloads of Americans, including employees of the US arms firm Lockheed Martin Corp.

Lockheed said its employees had been working with the Iraqi air force as it prepared to receive the first of 36 F-16 fighter jets due later this year.

Referring to the insurgents' capture on Tuesday of Iraq's second-largest city Mosul, Iraqi Foreign Minister Hosyhar Zebari acknowledged that the security forces had melted away, despite the billions invested in them by Washington up to 2011.

"It is a setback definitely for the Iraqi security forces, who collapsed in the largest city and abandoned their weapons and equipment," Zebari told AFP.

So far, the militants have stuck to Iraq's Sunni heartland and strongholds, including Tikrit, the hometown of the late dictator Saddam Hussein.

In majority-Shiite Baghdad on Friday, authorities tightened security and residents stocked up on essentials.

Hundreds of young men crowded in front of an army recruitment center to volunteer to fight the insurgents.

Kurds, who run their own autonomous region in Iraq's north, used a power vaccum left by government forces departing bases in Kirkuk on Thursday to fulfill a decades-long ambition to extend Kurdish control to the oil-rich city.

The region's deputy governor, Furat al-Tamimi, said on Friday Kurdish security forces had moved into the strategic Saadiyah and Jalawla districts of Diyala province after the army withdrew.

Turkey said it was still holding talks to secure the release of 80 of its citizens kidnapped by Islamist militants, mainly in Mosul, amid international calls for their release.

The UN Security Council demanded urgent dialogue and condemned "terrorist" activities, but stopped short of considering action against the militants.

As many as half a million people have fled the jihadist offensive and the World Food Program said it had started providing assistance to 42,000 of the most vulnerable.

Amid fears that oil supplies from Iraq could be effective, crude oil prices on Friday extended a rally to sit at nine-month highs. Benchmark Brent North Sea crude traded at $113,30 a barrel, a gain of nearly half a dollar since Thursday.

France awards Legion of Honor to slain schoolteacher 3h ago