Sulfuric acid is used to leach copper from the ground. But the method comes with considerable risks for the environment because of contamination issues. 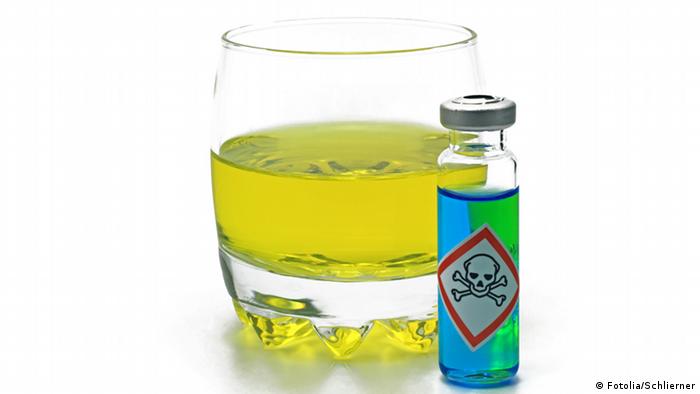 Access to water has been restricted in several towns across Mexico, after water was contaminated following a leak at a nearby mine.

According to the national water authority Conagua, some 40,000 cubic meters (1.4 million cubic feet) of leached copper in sulfuric acid was spilled into the Bacanuchi River.

Sulfuric acid is a highly corrosive chemical that can cause irritation of the eyes, nose and throat. Splashes to the eyes or contact with skin cause severe burns and can cause blindness. Inhalation can also cause bronchial damage or even cancer.

Sulfuric acid also has huge implications for the environment and biodiversity. If it enters water systems, sulfuric acid is toxic for fish and other aquatic organisms.

The Bacanuchi River is more than 420 kilometers (260 miles) long and provides water and food for more than 800,000 people. Their drinking water supply has been curtailed to avoid health risks from the contamination.

The authorities say the poisonous brew came from the Buenavista copper mine, which belongs to Grupo México. The company is currently expanding its activities in the region and plans to be one of the top three copper producers worldwide by 2015.

More than a quarter of Mexico's mining takes place in the federal state of Sonora, where the accident occurred. Most of the country's gold, copper, graphite and other extraction industries are located in this area.

A year ago, the Yaqui River in the same region was contaminated with highly toxic cyanide, destined for use in the gold and silver mining industries. The result was a shortage of drinking water, illnesses and the death of numerous birds and reptiles.

The sulfuric acid from the latest accident now has to be neutralized with lime and the contaminated water pumped away. The environment agency has also ordered the mining company to build dams to prevent any further runoff.

About 40,000 cubic meters of wastewater from a copper mine has contaminated rivers in Mexico. Federal officials are restricting water deliveries to urban areas, including northern Sonora state's capital of Hermosillo. (11.08.2014)