A Russian-made jet was forced to make an emergency landing at Moscow's Sheremetyevo Airport, with images from the scene showing flames and smoke at the end of the aircraft. Dozens of people have died. 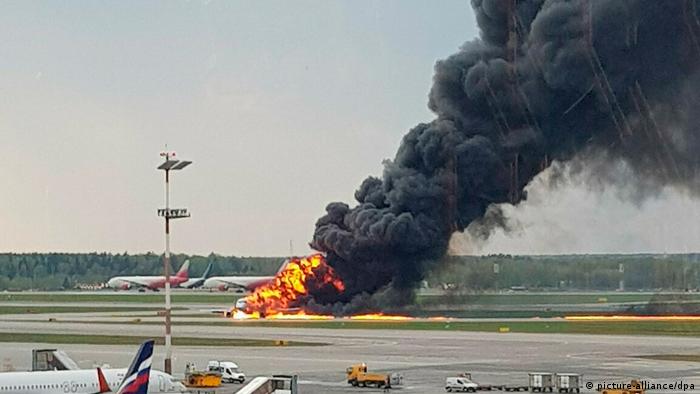 Up to 41 people were killed when a passenger airliner made a crash landing and caught fire in Moscow on Sunday.

Russia's Investigative Committee said at least two children were among those who died. The Emergencies Ministry stated that six people had been hospitalized.

The Investigative Committee later said "37 have survived" out of the 78 on board.

The passengers were forced to evacuate using emergency slides, with videos showing people staggering away from the burning plane.

The aircraft was set to leave Sheremetyevo for the northern city of Murmansk, which is located inside the Artic Circle and near the border with Finland. However, an onboard emergency forced the pilots to turn the plane around shortly after taking off.

Shortly after the incident, Aeroflot released a statement saying that the jet was forced to turn back due to technical problems. The airline did not specify exactly what problems the plane was experiencing. 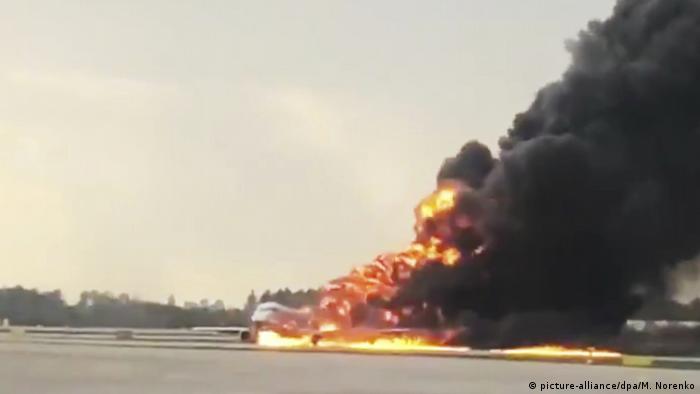 Questions over when fire broke out

The plane reportedly made several attempts to land, with airport officials saying that the plane caught fire when it made a hard emergency landing.

"The plane sent out a distress signal after taking off, started emergency landing procedures, failed to land in the first attempt, and in the second it hit landing gear and its nose on the runway and started burning," an unnamed source told the Interfax news agency.

Russian media, however, reported that the fire broke out on the plane before it landed. Russian authorities and the airline have yet to comment on the exact reason the jet turned around.

Investigators were at the scene in Sheremetyevo, Russian officials said.

The Sukhoi Superjet 100 made its first commercial flight in 2011. In May 2012, a plane of this type crashed while on a promotional flight in Indonesia with 50 people on board.