Sudan's new military rulers say ousted President al-Bashir will not be extradited while they are in power. Protesters, meanwhile, are calling for a swift return to civilian rule. 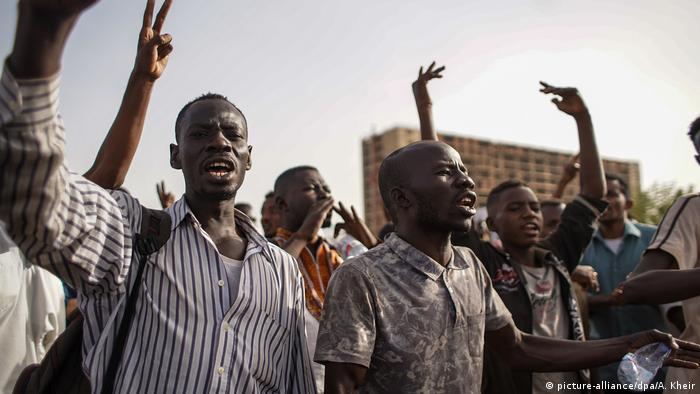 Sudan's newly appointed military council said on Friday that deposed President Omar al-Bashir will not be handed over to other countries under its watch, but will be tried at home.

The former president, who ruled Sudan for 30 years and also came to power through a military coup, has been indicted by the International Criminal Court in The Hague over allegations of genocide in Sudan's Darfur region.

The chairman of the council's political committee, Omar Zein Abedeen, also tried to assuage public fears that the military intended to seize permanent power in the country.

"We have no ambitions at all to hold the reins of power," he told a press conference in the capital, Khartoum.

"We are here to arrive at solutions acceptable and agreeable to the people," he said, adding that the council was put in place mostly to keep public order, peace, security and stability until those solutions were found.

He also backtracked on an announcement on Thursday that there would be a two-year military-led transition period before elections, saying the council would be dissolved as soon as a solution to the crisis had been found.

Demonstrators in Sudan are continuing their weeks of anti-regime protests, demanding that military leaders hand over power to civilians after al-Bashir was overthrown in a coup on Thursday.

Thousands of protesters rallied outside army headquarters in Khartoum overnight to Friday despite a curfew imposed by the newly appointed military council.


'Recycling' of the regime

The Sudan Professionals Association (SPA), which has been a main force behind 16 weeks of anti-Bashir protests, called on protesters to continue their demonstrations after the army originally announced that there would be two years of military rule before presidential elections.

SPA spokeswoman Sara Abdelgalil told DW that her organization rejected the idea of military rule, calling it a "recycling of the same regime members."

She also warned that Defense Minister Awad Mohammed Ibn Ouf, who announced the imposition of a military-led transition, was someone with a history of participation "in excessive violence and killing of civilians." 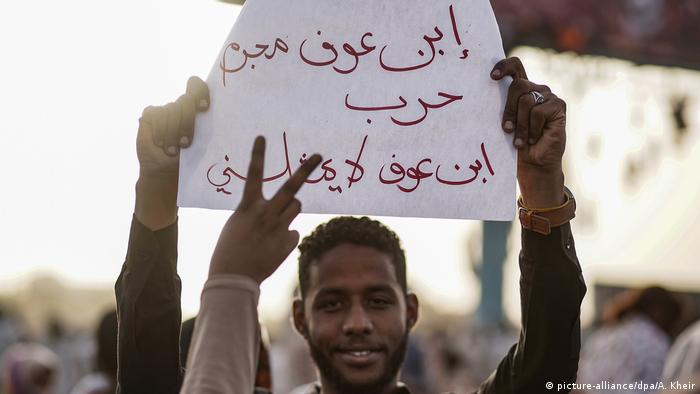 'Ibn Ouf is a war criminal; Ibn Ouf doesn't represent me' reads this banner held by a protester

The SPA's call for civilian rule has been backed by voices in the international community, with UN Secretary-General Antonio Guterres calling for a transition in accordance with the "democratic aspirations" of the Sudanese people and the European Union urging the army to implement a "swift" handover.

Al-Bashir, 75, was said by Ibn Ouf to have been detained in "a secure place."

Protests against him were ostensibly triggered by the government's attempt to raise the price of bread amid an economic crisis accompanied by shortages of fuel and cash.