A young woman's passionate plea for freedom and respect has sparked a heated debate about gender inequality in Sudan. Video of the Arabic-language DW show went viral, garnering more than 1 million views. 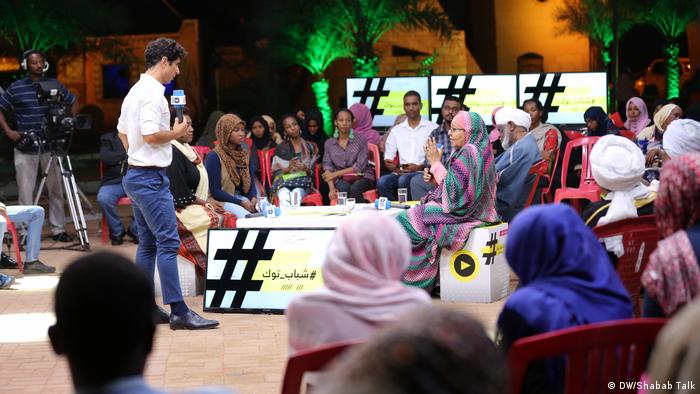 DW's Arabic-language show "Shabab Talk" sparked controversy in Sudan this week after a woman gave a passionate speech decrying the oppression of women. Her fiery rhetoric was addressed at an Islamic scholar during a show entitled "What do Sudanese women want?"

"When I'm walking on the street and a man treats me like an object, not as a human being, the person who gives him the right to harass me, he is sick, not the clothes I'm wearing," Shawky said while addressing Mohammed Osman Saleh, who heads the Sudan Scholars Corporation.

"The clothes that I wear respect my humanity and are part of my freedom of choice and not the choice of society, with its sick and backward traditions."

Video of the segment went viral, garnering more than 1 million views on social media platforms, including Facebook, Twitter and YouTube. It triggered a wider discussion about gender equality in Sudan. 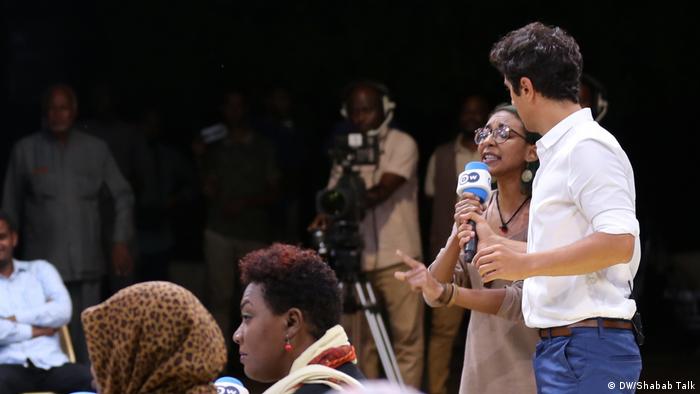 In choosing the "Shabab Talk" episode's theme, host Jaafar Abdul Karim said, "we chose to focus on women's rights in Sudan because women messaged us and asked us to talk about the daily discrimination and inequality they face. For example, marriage is legal for girls from the age of 10, and women and girls are still victims of FGM (female genital mutilation) because there is no law forbidding it."

Yemeni journalist and radio anchor Hind al-Eryani praised Shawky's courage to stand up against the scholar, saying: "Big shout out to strong women in Sudan." Others said she represents a symbol of "courage and tenacity" and her argument was "super convincing."

Still others, however, were less pleased with Shawky. Several religious leaders in Sudan spoke about the incident during their traditional Friday sermons, including Khartoum imam and TV preacher Abdulhay Yusuf. Another preacher accused "Shabab Talk" host Jaafar Abdul Karim of visiting Sudan to "spread atheism."

Shortly after the program ended, Saleh gave a press conference deriding the show and saying it represented the "enemies of our culture."

"It's quite funny how (a) majority of the people complaining and getting hurt by this episode are men, when the whole topic is literally titled 'What do Sudanese woman want,'" said one Twitter user. "It's almost as if they feel threatened."

In the meantime, DW's production partner, Sudania 24, has received threats to property from extremists and has been placed under Sudanese police protection.

Following the critical responses and threats, "Shabab Talk" host Karim said: "Religious clerics are using hate speech against those who discuss the topic of women's rights, such as myself. But it is also motivating to see that there is a lot of support from a younger generation that believes in women's rights." 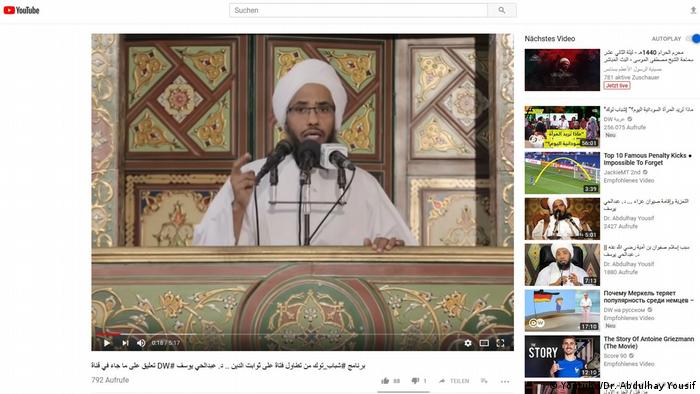 Human rights groups have long criticized Sudanese authorities for what they call the "criminalization of women" in the country.

"Sudanese law discriminates against women and girls in various ways, including through the application of Sharia law penalties for 'morality crimes,' such as adultery or dress-code violations," Human Rights Watch said in its 2018 report.

Redress, a London-based organization, published a report last year noting that "public order laws are vague and open-ended, leaving them open to exploitation as a social-control tool by authorities."

Read more: 'I am an Arab women. Am I oppressed?'