Success through organic wine | Germany| News and in-depth reporting from Berlin and beyond | DW | 18.11.2009 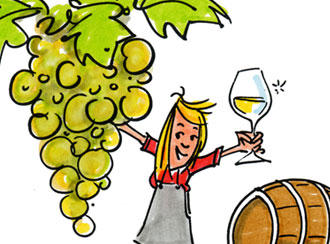 Thanks to the region's mild climate, Rhineland Palatinate produces two-thirds of the country's wine.

Hartmut Heintz and his family are the owners of the vineyard Im Zwoelberich. Stretching across some 21 hectares (50 acres) of land on Langenlonsheim mountain, it is a place where people have cultivated wine for centuries.

What started in 1711 as a farm that produced grain, livestock and wine for the people who lived there has now turned into a future-oriented winery.

A different style of growing 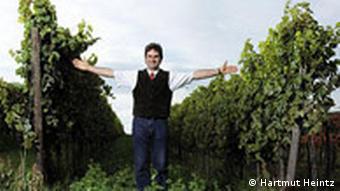 Extra space between the vines is key to success

Dozens of varieties of vines are strung along the hillside like pearls on a necklace. The rows are three meters (nine feet) apart, twice as far apart as the vineyard next door. The plants get more light and air this way, and it is easier to control the spread of fungus, says Heintz.

The organic wine grower refuses to use pesticides and fertilizer. His wines are made as naturally as possible. "Our goal was always to improve the yield naturally. There are other ways to ways to improve the liveliness of the soil and bring out the authentic taste of the wine."

He uses what are called biodynamic methods, including a self-made mixture of herbs and minerals for fertilizer. And he keeps a close eye on the vines.

His father started producing organic wines - something that made him quite exotic in the eyes of the other villagers; after all they had relied on the same growing traditions for centures.

"If someone does things differently, it leads to misunderstandings and hostilities. People cut down my father's vines and set his vineyard on fire," says Heintz. 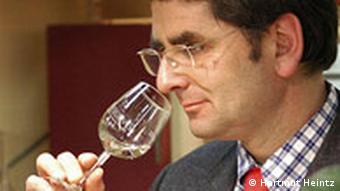 A good nose is important in winemaking

Today there are no more problems, he says. On the contrary, the increased demand for organic foods means his business has grown.

Heintz has some 8000 private customers whom he supplies with wine, and his products are found on the shelves of organic food markets across the country. Many of them have won prizes.

Yet given the basic change going on in the wine-growing industry, Heintz worries about the future. "In Rhenish-Hesse many small growers have been swallowed up by big companies," he says. A lot of wine-growing families face the problem of succession - the children don't want to continue the family business. Instead, they move into the cities and pursue other jobs.

Heintz hopes his son or daughter will take over the family business one day. But he continues to think about other ways to keep his business running once he is no longer in the picture.

"A vintner could make it possible for someone from the city to come and learn the winemaking business," he says.

Vineyards, industrial areas, castles and historic cities -- the Rhine flows past a lot of different things, and many of them are characteristic of the state of Rhineland-Palatinate. (29.01.2009)