Rhineland-Palatinate: an overview | Germany| News and in-depth reporting from Berlin and beyond | DW | 18.11.2009

Vineyards, industrial areas, castles and historic cities - the Rhine flows past a lot of different things, and many of them are characteristic of the state of Rhineland-Palatinate. 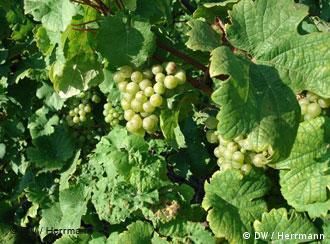 The state, known for its "roots and vines," is a key German wine producer

Away from the river's edge, other parts of the state are also full of interesting natural and historical sites.

Rhineland-Palatinate is sometimes called by its German name, Rhineland-Pfalz. It lies in western Germany, between the Mosel and the Rhine rivers. 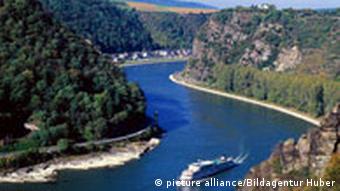 The Loreley Cliffs are a UNESCO World Heritage Site

Known as the "state of roots and vines," Rhineland-Palatinate is a hub for agriculture and wineries. It is dotted with small, hilly mountain ranges: the Eifel, the Hunsruck and the Pfaelzer Forest.

A region known as Rhenish Hesse is the biggest wine producer in terms of volume in all of Germany. Every year, the region also produces numerous premium wines. The Ahr, Mosel and Saar valleys are also rich in vineyards.

Yet wine is not all the state has to offer. The Loreley cliffs in the middle Rhine valley are a UNESCO World Heritage site, and one of the most visited tourist sites in the country. The Roman city of Trier - Germany's oldest city - as well as the lovely Mosel Valley and the Volcanic Eifel, with its interesting geological formations, attract visitors as well. 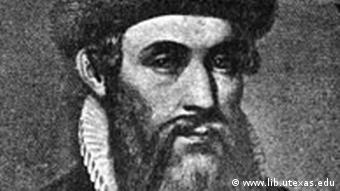 The state capital, Mainz, is where Johannes Gutenberg invented the printing process more than 500 years ago. The cathedral in the town of Speyer is one of the most impressive church buildings in the country. No fewer than eight German emperors and kings are buried there.

While most of the state is agricultural, Rhineland-Palatinate is home to top chemical and pharmaceutical companies, such as BASF in Ludwigshafen and Boehringer in Ingelheim.

If Rhineland-Palatinate had existed as such in the 19th century, then its most famous son would have been Karl Marx. He was born in 1818 in Trier.

As it is, however, that honor falls to ex-German Chancellor Helmut Kohl, who was also state premier for many years.