Energy experts delivered a blow to fossil fuel industries at global talks in Nairobi, Kenya, on Wednesday. They called for an end to subsidies that keep oil, gas and coal prices artifically low. 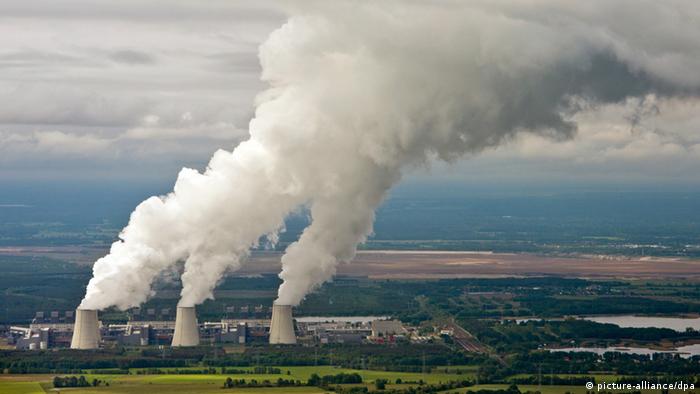 Germany's development agency GIZ, the UN's Environment Program and the International Monetary Fund worked together to organize the talks. GIZ expert Dr. Detlev Schreiber spoke with DW about why they are working to reform subsidies for the fossil fuel industry.

Detlev Schreiber: Many countries are pouring money into subsidizing energy prices. In some cases, this means they are not charging the actual market price for energy. Oil-rich countries like Venezuela and Saudi Arabia have ridiculous fuel prices as low as a few cents per liter.

Now, this has a long, complicated history which differs from country to country. As far back at the late 18thcentury, the United States used tax revenue to subsidize coal. Why have governments around the world been willing to subsidize gas, coal and oil?

Some do it to help national industries be more competitive, while others want to give their citizens advantages in order to secure reelection.

What kinds of differences are there in the way rich and poor nations subsidize fossil fuels?

Nowadays, most rich countries - especially European countries - have stopped subsidizing fossil energy. Some EU nations are also selling fuel above market price. But indirect subsidies are not calculated in here. In Germany, there has been an ongoing discussion about the disposal of nuclear waste, for example. We do not include the price of disposal of nuclear waste in the energy price. The same is true when we speak of global warming effects caused by burning fossil fuel.

Many developing nations are still providing heavy direct subsidies. Most of the world's oil-rich nations are subsidizing fossil fuels - though some countries like Mexico are already tackling this problem. Astonishingly, countries like Egypt, which don't have many fossil fuel resources, are subsidizing this energy. It's tough to get rid of because there is a tradition in place. So transporters, taxi drivers and the industry think they are dependent on those subsidies. 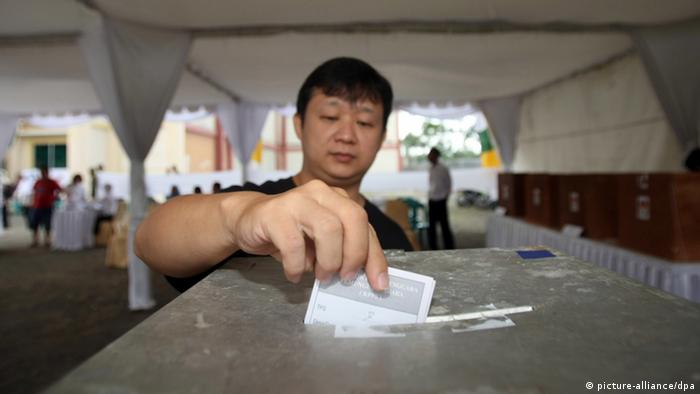 Indonesian officials worried about failing at the polls, after fuel price hikes forced up prices for food transport

So you are defining these subsidies not just as the funds invested in direct price reduction, but also the money paid to deal with waste and environmental damage.

Yes, this is part of subsidizing fossil fuels. In total, an estimated 500 to 600 billion US dollars are being spent to subsidize fossil fuels each year. Imagine if all that money was used for green economy transition programs, for social welfare programs, for education. Many governments could use this money in a more effective way.

Countries like Ghana have started eliminating their fossil fuel subsidies because of budget deficits. They simply cannot afford to pay so much into subsidies anymore.

What are delegates at the talks in Nairobi telling you about the challenges they are facing at home as they attempt to curb subsidies?

In some places, fuel prices, bread prices, prices for basics like milk and flour, even transportation, are fixed by the government. These are not market prices. The population attributes responsibility for the price to the government. If the government says we have to raise prices because we are paying more for fuel, many groups think that's bad. Taxi drivers, transport companies, unions, bus drivers and political parties organize protests.

Look at Indonesia or Tunisia, where - some decades ago - prices increased, triggering protests and the governments were suddenly in trouble. This shows it's important to establish good communication about these changes and also fund compensation.

In Iran, Ghana and Vietnam they've answered this challenge by providing direct cash transfers to poor households. This can smooth the transition, while slowly lifting fuel prices to market level.

This movement must be unsettling for industry leaders as you push for a rollback in the funding they receive. How much influence do oil, gas and coal companies have when governments decide to support the shift away from subsidies?

In many countries, industry is opposed. This must be taken seriously. Industry has one argument on their side: we will lose competitiveness, we have to close down, we are dependent on oil prices.

The fossil fuel industry argues that their energy products are keeping the lights on. They say oil, coal and gas are necessary for energy security - and are the most reliable sources of energy we have. How do you respond to that?

Okay, fossil fuels were the backbone of industrialization, but in many countries, they are diminishing in importance rapidly. Not only in Germany, which wants to say goodbye to nuclear energy and fossil fuels, but also places like Uruguay, which doesn't have its own fossil fuels. They are saying, "We need independence and we have to reduce our fossil fuel bill."

Look at Costa Rica. They have to pay about two billion US dollars every year to import fossil fuel. But they have many sources of renewable energy. Most of their electricity is already generated by hydropower. They have geothermal resources, solar resources. There is so much potential. 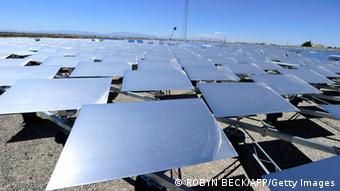 How do subsidies for fossil fuels affect the development of renewable energy?

Dr. Detlev Schreiber is with Germany's development agency GIZ. Working with the United Nations Environment Program and the International Monetary Fund, GIZ has launched a series of talks on reforming fossil fuel subsidies.