Germany's celebrated rent cap is not doing its job, a new study has found. But, while tenants' associations are demanding that loopholes be closed, some economists say less regulation would be a better idea. 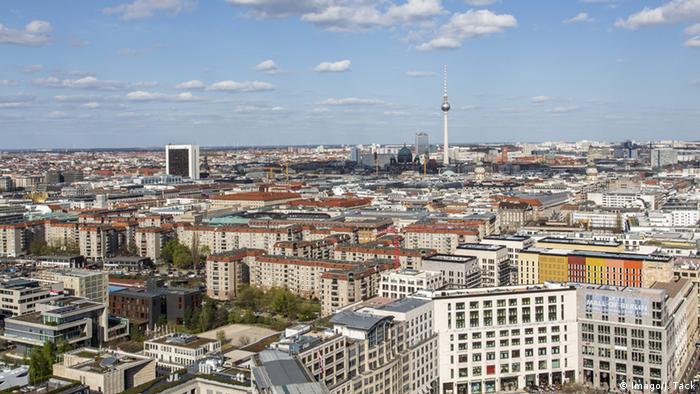 Anti-gentrification activists got some fresh ammunition in the battle over Germany's skyrocketing rents on Tuesday, with the release of new figures that show that the rent caps introduced in Berlin and Munich are having virtually no effect.

Rents in the nation's capital were an average of 31 percent higher than the cap allowed, according to the study by the Regiokontext institute, commissioned by the Berlin tenants' association. The institute compared the prices of apartments on offer with the average prices according to the centrally defined rent indexes in each area.

In June 2015, Berlin became the first German city to introduce a rent cap after the federal government passed a law allowing local authorities to institute limits if the housing market in a certain area is considered "under pressure." Munich followed in August. The limit means that tenants can sue their landlords if their rent is more than 10 percent above the local rent index. 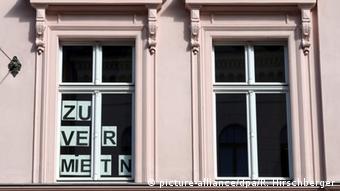 The study found that few tenants are making use of their rights - which is understandable, said Wibke Werner, deputy director of Berlin's tenant association.

"It confirmed our suspicion that the rent cap is barely being applied," Werner told DW. "A lot of tenants who have just found an apartment in Berlin are just glad that they've found a place, so they don't want to start confronting their landlords."

Werner said the law invited landlords to simply impose whatever rent they like and see what happens. "You'd hope that landlords would stick to the law, but that isn't happening, because they're not threatened with any great consequences," she said. Even if they get sued by their tenants, landlords are not obligated to pay back the money already pocketed - they only have to lower the rents from the time of the tenants' suit.

The findings, complete details of which will be released at the end of May, only give extra weight to objections that were made as soon as the rent cap was introduced last year: It simply isn't strong enough to slow down the skyrocketing rents in Germany's major cities. (Rents in Berlin rose by an average of 5 percent from 2014 to 2015 alone.)

Activists point out that many areas don't even draw up an official rent index, making it very hard for tenants to find out what the average rent in their area even is - and, moreover, where indexes do exist, hardly any landlords stick to them. On Tuesday, the Cologne Institute for Economic Research reported that over 90 percent of tenants pay more than 10 percent above their index.

Werner said the rent cap had other holes, as well. Firstly, landlords can claim exemption if they have undertaken modernization work on the apartment, but only if it is not standard maintenance work. And yet it is up to the tenant to prove what work has been done - and determine what counts as maintenance rather than modernization. Secondly, if the previous tenant has already paid over the 10 percent cap, the landlord is under no obligation to reduce the rent.

"For us, that isn't justifiable at all," Werner said. 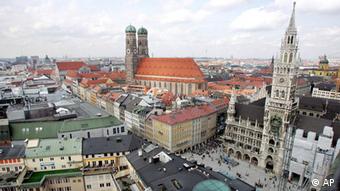 Munich is Germany's most expensive city for renters

Some economists say rent caps are counterproductive. Steffen Sebastian, professor for property financing at the International Real Estate Business School in Regensburg, is decidedly against state intervention in the property market. According to basic economic wisdom, he told DW, more regulation is the last thing you want at a time when there is a shortage of supply on the market.

"Instead you should try and do everything you can to encourage housing construction," Sebastian said.

In the less-regulated office rental market, Sebastian said, property owners have no other option than to lower prices when there is a glut of supply. "In every German city - Berlin, Munich, Frankfurt - there is a shortage of housing, and at the same time an oversupply of office space ... but regulation of the housing market means the market can't adapt," he said.

"I'm not in favor of completely opening the market - there should still be protection for tenants from eviction - but we've learned from many, many other housing markets that interfering in pricing is the worst path for a city and for tenants," Sebastian said. "It's a very, very old instrument that Germany has dug out of the mothballs. ... Price interference is the most brutal thing you can do."

Sebastian does not believe that rent caps will do anything to stop gentrification. "If you don't want people to move out of an area," he said, "then you have to support the tenants, then you have to increase housing benefit." As far as he is concerned, there is only one solution: build.

Tenant advocates, however, see more possibilities than that. "In a stressed housing market, any instrument can only be a part of the total solution," Werner said. "Even building new housing can't happen on the scale currently necessary. Also, you have to consider that new construction usually happens in completely different sectors - namely in high-price sectors, and mostly for buying, not renting. The renters in Berlin don't gain anything from that."

Berlin is about to shut down as many holiday apartments as it can. But while the city's nightmarish rental market needs relief, sites like Airbnb say the law won't lower rents, but will drain money from the city. (27.04.2016)

Berlin's rental market is a nightmare for many