Students under growing financial pressure in Germany | Germany | News and in-depth reporting from Berlin and beyond | DW | 18.10.2016

Studying in Germany is still free - but maybe not for much longer. Foreign students in the state of Baden-Württemberg may soon have to pay, while students in major cities are fast running out of affordable housing. 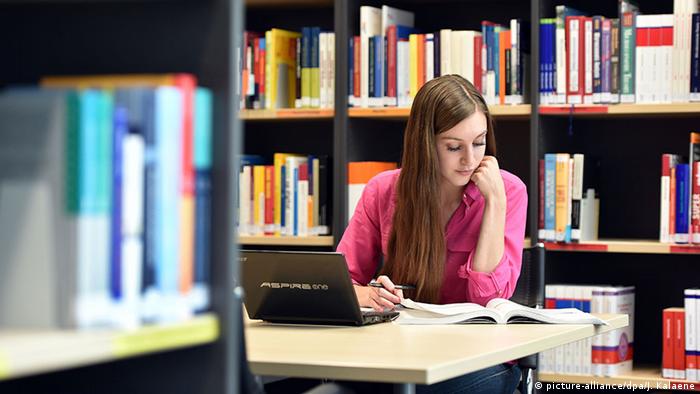 Students in Germany still enjoy free schooling, but with institutions of higher learning being asked to cut costs, the financial pressure on them keeps piling up.

Rental prices across the country are also rising faster than ever. In Berlin, they have gone up 30 percent in the past five years, and in the last year alone, the average price for a room in a shared apartment has risen from 380 euros ($417) a month to 420 euros (according to a study by the Moses Mendelssohn Institute).

In the smaller and more affluent city of Munich, meanwhile, that price is often up to 200 euros higher.

The Berliner Studentenwerk, the regional organization that represents students' interests, has reported that there are around 3,000 young people on its accommodation waiting list. 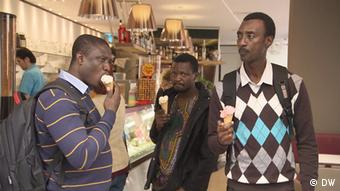 Cologne's Studentenwerk has a similar story to tell, reporting that it gets 10,000 accommodation requests every year for 4,844 available places. According to the "Kölner Stadtanzeiger" newspaper, the Catholic university community organization (KHG) this year ended up offering a shelter with emergency beds to any new arrivals who had nowhere to sleep.

Meanwhile, the shortage of affordable housing in Berlin has led large businesses to find new opportunities - at the end of last month, the Dutch company the Student Hotel Group announced plans to launch its first "student hotel" in Germany - 456 new rooms in a single building that also contains a gym and a co-working space.

But with the rent for the all-round service at a student hotel starting at 745 euros a month in the Netherlands, this accommodation seems to be pitched at the more affluent students. And international students have grown into a cash cow for universities.

In the southern state of Baden-Württemberg, the state Science, Art and Research Minister Theresia Bauer last month triggered outrage by publishing plans to make non-EU international students pay a yearly tuition fee of around 3,000 euros. It was a taboo big enough in Germany to cause consternation among her counterparts in other states. According to the German Academic Exchange Service (DAAD), there are currently over 24,000 international non-EU students in Baden-Württemberg alone.

Several ministers took to social media to distance themselves from the idea, including Bauer's colleague in the Green party Kai Gehring, spokesman for the parliamentary Green party's education policy, who tweeted, "No fees for anyone!"

The "Free Student Association" (FZS), an independent umbrella organization of 90 German student organizations, found much angrier words, releasing a statement condemning Bauer's plans as "institutional racism," and aligning them with what it saw as a general populist right-wing shift in German politics.

"This proposal plays into the hands of those who stand against a modern, open society," said Mandy Gratz, a member of the FZS board. "It affirms the racist general situation."

"The newly-released plan means that the Green-led state government is carrying out a U-turn towards a selective and elitist education policy," added Janek Hass, also of the FZS.

But Bauer defended the plans, explaining that her department had been asked to reduce its budget by 48 million euros. "I didn't expect any applause," she told news agency DPA. "That's what happens when you have to make difficult decisions."

She also pointed out that any non-EU foreign students would be exempted if they were living in Germany on a long-term basis. "What's clear is that, regardless of nationality, people who live here permanently and pay taxes here will be treated just the same as German citizens," she said. "They won't pay any fees."

The conservative Christian Democratic Union expressed enthusiasm, and Alexander Salomon, another Green party education specialist, said he was open to the idea, but warned that enough study places and scholarships should still be made available for "students from developing countries."

Nevertheless, general tuition fees for all students are still off-limits in German politics, even for Bauer. But, speaking to "Der Spiegel" magazine, she did not exactly rule them out either: "If the needs of the universities grow bigger than what the state alone is capable of financing, then we have to talk about who will be able to pay further contributions."

Housing nightmare for students in Germany

The new university year is about to begin in Germany, and with it, university towns are flooded with anxious students hunting for affordable housing. In some cities, that can be a veritable nightmare. (26.09.2016)

German education gets an A on OECD report card

A new report from the Organization for Economic Co-operation and Development shows Germany goes further while spending less. More and more students in Germany are attending university, the group added. (15.09.2016)

EU scholarships axed in blow to Turkey's ties to EU

Turkish authorities have cancelled an EU scholarship program. The move takes the country a step further away from EU integration and disappoints young people who could act as a bridge. Menekse Tokyay reports from Ankara. (12.08.2016)