Tremors have been felt in Egypt, Turkey and Greece following the magnitude 6.0 quake. There are no immediate reports of casualties. 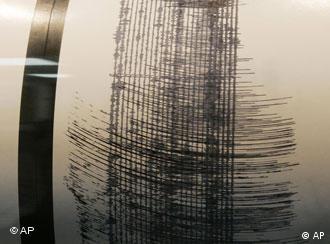 Tremors were felt across the eastern Mediterranean region

A magnitude 6.0 earthquake struck off the Greek island of Karpathos on Tuesday, the US Geological Survey reported.

Tremors were felt around the whole eastern Mediterranean region, including in the Egyptian capital Cairo as well as in Turkey and several Greek islands. Witnesses also reported the shaking in Cyprus, Lebanon, Israel and Palestine.

Authorities in Turkey and Egypt said there were no immediate reports of casualties or major damage.

The epicenter of the quake was at a depth of 58 kilometers (36 miles), some 127 kilometers northeast of Karpathos, the Greek Institute of Geodynamics reported.

"Really felt that one... Lasted for 30 seconds," a witness in Lindos, Rhodes, said in a posting on the European Mediterranean Seismological Centre's website.

A Greek seismologist told Reuters that no aftershocks were expected.

Earthquakes in Greece and Turkey are not uncommon due to the fault lines that run through the region.