Street art is the ultimate form of democracy according to the curators of the new Museum for Urban Contemporary Art that has just opened in Berlin. But does street art belong in exhibition halls?

More than 130 urban artists, including legends such as Shepard Fairey, Herakut and 1010, are on display in the Museum for Urban Contemporary Art in Berlin's Schöneberg district. The opening on September 16 was accompanied by a street festival with open-air yoga sessions, a skater park, and a community wall on which guests can channel their inner street artistry.

After all, does not graffiti belong on walls? And is it possible to exhibit it in a museum? Deutsche Welle talked to Yasha Young, the artistic director of the Museum for Urban Contemporary Art and the initiator of Urban Nation, an organization that is inviting important and emerging street art talent to Berlin.

DW: As a "Museum for Street Art," should your museum even exist? Is street art only for the streets?

Young: Yes, street art belongs to the street and should stay there. The label "Museum for Street Art," although we often use it ourselves, is not quite accurate. We are much more: the museum is designed to be mobile, to connect the outside and the inside. 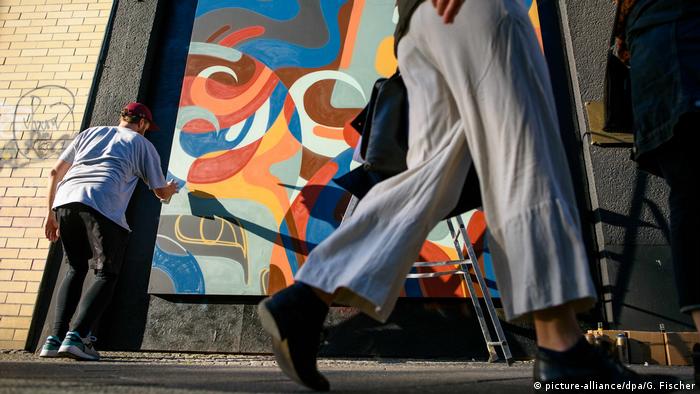 Sprayer at work: Street art has become socially acceptable thanks to organizations like Urban Nation

The façade of the house always changes, which means the art that is created out there can be dismantled, changed and exhibited inside. Since 2013, the artists from Urban Network have painted over 148 walls in Berlin and around the world.

The museum is dedicated to sustainability – this great form of art also needs a home, which is why we built an archive, a library and an exhibition space that changes every year.

That said, we will continue to work outside, too. For the "Project M" series, we invite important people from the scene to work in the exterior, for example, and we have also launched an artist-in-residence program because we want to stay true to our motto "All nations under one roof." We want to create a tie between politics, business, different communities and the neighborhood.

We will be a house of discussion where art is our language.

Are the works specially created for the museum, or, as it happens with British street artist Banksy, are they removed from the walls in order to exhibit them? 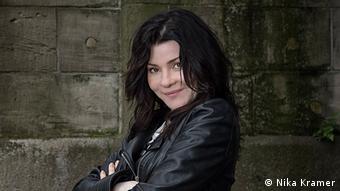 The ambitious curator: Yasha Young is the artistic director of the new street art museum

Except for two or three historical pieces from the collection that must be shown simply because they are important for the development of the scene, all exhibits were specially created for the museum – all by artists who started on the street and continue to work there.

That is the beauty of the contemporary urban art: it does not have to be placed within the traditional framework and you do not have to study at the academy to become a master featured in galleries. Artists are free to decide whether they use the wall or the house as their canvas, and they can also paint indoors, make an animation, choose an "urban gardening project" or anything else. Everything belongs together.

Have some artists rejected your offer to create street art especially for the museum simply because they did not want to be seen as sellouts?

Of course, and that is perfectly fine. In general, the reaction to setting up the museum was positive across the scene. But, ultimately, each artist decides whether they belong to the museum or not. We, the eight curators of the museum, chose 130 artists out of 780, and all of them immediately said, "We'll definitely do it!"

With the "art mile" around the museum, we have convinced another 43 artists. 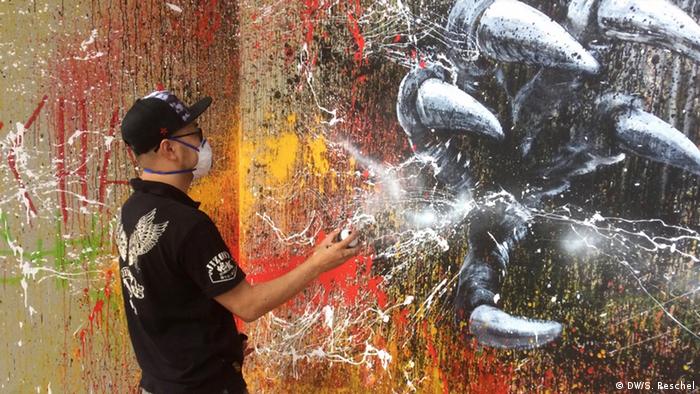 We also organize performances and much more, and I believe the community is pleased with this acknowledgement of their work and that there is a "hub" where people can continue to work, also thanks to the artist-in-residence program.

Doesn't the fact that some artists are being shown in a museum create an elite class in what is essentially non-elite art form?

Absolutely not! I am open to criticism, but people who accuse us of elitism should take a closer look at what we are trying to do here. Our approach is to integrate through social work and providing project rooms.

With our grant programs, we support not only artists but also curators who can learn the craft here. Street art is the most democratic art form in the world, so we want to take responsibility and work together with city planners, architects and universities in order to develop it further. 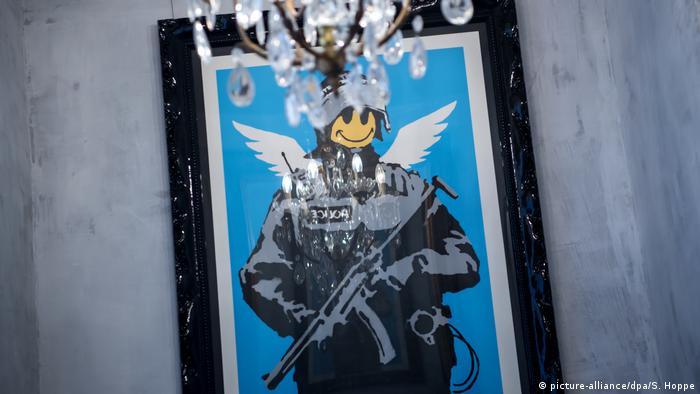 The identity of the world's most famous street artist, Banksy, remains unknown

Do you think a museum of this kind could open somewhere else in the world?

No. I would even say that not just Berlin but Schöneberg is the only right place for us. The district has always been the center of important events: David Bowie worked and produced music here, experimental German band Einstürzende Neubauten lived here, and so did Marlene Dietrich, Klaus Kinski and Iggy Pop. Schöneberg is also an important place for the LGBT culture. Today, it is such a melting pot of different cultures.

I think we are right where we should be.

Berlin pays one more tribute to its hero David Bowie

Considered one of Berlin's "Heroes," David Bowie is honored at a tribute at the Hansa Studios, where he worked. The music legend will remain a major figure in the city. But what inspired him to come to Germany? (15.01.2016)

Urban Nation: When street art gets its own museum in Berlin

The Urban Nation Museum for Urban Contemporary Art has opened in Berlin. Here are some of the artworks featured in the gallery. (18.09.2017)