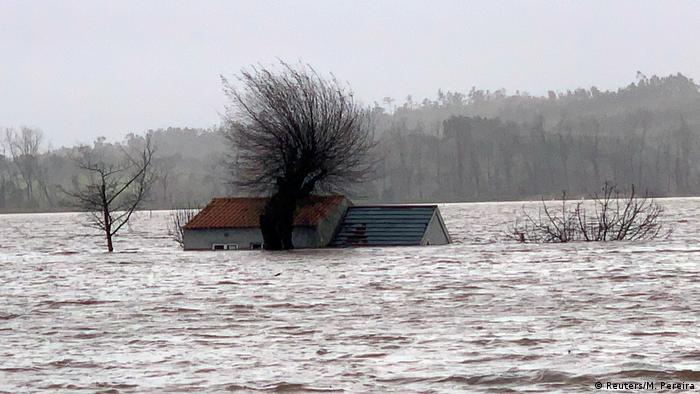 The death toll from fierce back-to-back storms pummeling Spain, Portugal and France has risen to nine as the region reels from more powerful winds and flooding.

The death of a fisherman in Catalonia, who was swept away by strong waves in the Mediterranean, brought the number killed up to nine since Storm Elsa whipped across from Wednesday to Friday. Seven of the deaths have been in Spain and two in Portugal.

In southern Spain, the body of a windsurfer gone missing on Friday was found in the province of Huelva and a second man died when a river carried away his car on Saturday. A South Korean woman died in Madrid on Saturday when a piece of debris fell from a building.

As that storm subsided, Storm Fabian barreled off the Atlantic into Portugal, northern Spain and western France on Saturday packing winds of up to 170 kilometers (105 miles) per hour and dumping torrential rain.

Spain's weather service has put the alert level for the entire northern coast and central parts of the country to "at risk" through Sunday into Monday.

The Catalonia emergency telephone service received 1,118 calls due to the wind, specifically for fallen trees and damage to homes, according to regional authorities.

France's weather service put the west coast on alert on Sunday, although the intensity of the storm was forecast to subside compared with a day earlier. Heavy rains and winds were expected across much of the country.

In Corsica, officials closed the flooded Ajaccio airport and canceled all incoming flights from other airports.

Additionally, no boats are able to cross the sea to or from the French island. Local shipping company Corsica Linea said it expects marine traffic to resume on Monday.

Meanwhile, a mini-tornado struck a small village of 547 inhabitants in southern France, according to local newspaper Sud-Ouest.

The tornado struck the village of Serrest-Sainte-Marie around 8:30 a.m. on Sunday, destroying 20 homes and displacing 80 people, or 15 families. Residents said that the storm lasted for roughly 20 minutes.

The double whammy of storms sweeping through the region has caused rivers to burst their banks, brought down power lines and disrupted rail and air travel ahead of Christmas.

More than 100,000 people across the three countries have been left without power.

Climate-related catastrophes like floods and forest fires are driving millions of people from their homes every year, said anti-poverty NGO Oxfam. While no one is immune, people in poor countries are most at risk. (02.12.2019)

As the Earth warms, climate change-related disasters are on the rise. More people are being killed as a result of heatwaves, droughts and storms. In 2018, Japan, the Philippines and Germany were hit particularly hard. (04.12.2019)