Stoking anti-German sentiment in Poland | Europe | News and current affairs from around the continent | DW | 15.12.2012

Polish opposition leader Jaroslaw Kaczynski is playing with the primal fears and cultural resentment of his countrymen toward Germans and Russians for his own political gain - and not without success. 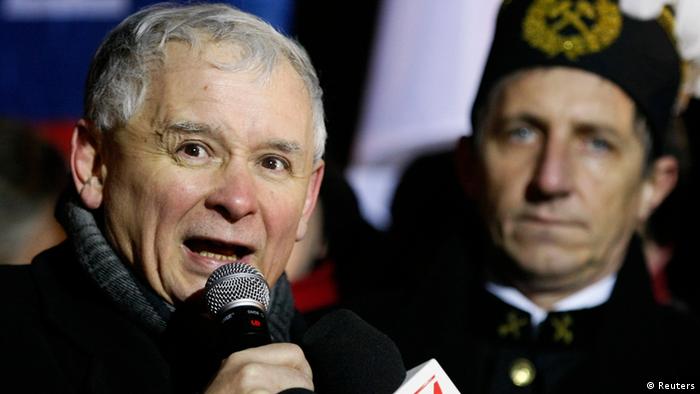 It was just another one of the countless events organized by Jaroslaw Kaczynski, leader of the nationalist-conservative opposition Law and Justice Party (PiS). For weeks, Kaczynski has been touring the countryside. This time, he was in Opole, in Lower Silesia, in southwestern Poland.

"I am glad you are here with us - in the region where the constant incidents and provocations by the German minority and Upper Silesia Autonomy Movement have made peaceful life impossible," said Slawomir Klosowski, chairman of the local PiS chapter, during his welcoming address to the assembled guests.

The Germans, he went on to say, should have as many rights as the Poles in Germany; this "asymmetry" needs to stop. 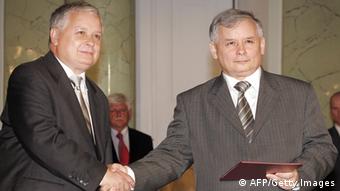 What the former Polish prime minister means by a special privilege is the constitutionally guaranteed exemption of ethnic minority political parties from the 5 percent hurdle for representation in the Polish parliament, the Sejm. Currently, as the only minority represented in the Sejm, the ethnic Germans have one seat, but that doesn't matter, said Kaczynski, who called the rule superfluous and "absurd" and a piece of legislation that needs to be abolished.

There are 14 recognized ethnic and national minorities in Poland, which make up about 3 to 4 percent of the total population: Ukrainians, Belarusians, Russians, Lithuanians and national minorities, like Romany and Jews. Even the roughly 200 Karaites, an obscure Jewish movement, are considered a separate national minority. The largest group is the Germans, who number about 100,000. The rights of all these minorities to practice their faith, culture and language is enshrined in Polish law.

The asymmetry criticized by Kaczynski was a reference to Poles living in Germany. The Polish government, he said, recognized minority rights without negotiating similar rights for Poles living abroad.

There are an estimated 1.5 million to 2 million people of Polish origin living in Germany. About 400,000 of them hold only Polish citizenship. They have minority status, but do have various rights, including the right to foster their cultural identity and language. These rights, just like the rights of the German minority in Poland, are regulated by the German-Polish Treaty of Good Neighbourship and Friendly Cooperation of 1991.

However, in the 20 years since the signing of the accord little has been undertaken in Germany to implement it. A joint roundtable was finally created in 2011 to discuss the issues and a Polonia Coordination Bureau was opened in the German city of Bochum.

Kaczynski's comments in Opole were not the exception. On the same December weekend in the town of Zielona Gora he called for nationalizing Polish banks and "re-Polonizing" media outlets owned by foreigners. 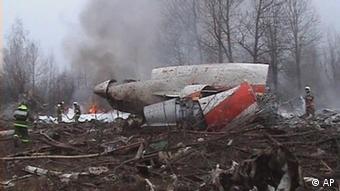 Russia gets blamed for the plane crash, Germany for everything else

Kaczynski warmly praised Slawomir Klosowski, his host in Opole, for his "active patriotism." Klosowski is planning a huge rally next year under the slogan "Here is Poland" to protest what he alleges is excessive German influence in Lower Silesia.

Klosowski traveled to Warsaw in November to warn parliamentarians of a "Kosovo in Poland." That the Silesian autonomy movement is neither politically nor organizationally connected to the German minority apparently makes little difference to Klosowski: Poland belongs to the Poles. Period.

All the rhetoric, said Norbert Rasch, chairman of the German Socio-Cultural Society in Opole, "is an attempt to parlay anti-German sentiments into political capital."

Ryszard Galla, who is a member of parliament, was also alarmed: "Such statements endanger the good relations between Germany and Poland, as well as life here in the region. But presumably, the PiS is looking to win over right-wing voters."

On the campaign trail

Kaczynski's brother Lech, who was president of Poland, was killed in Smolensk, Russia in April 2010, along with 95 other people including high-ranking dignitaries, when his jet crashed on approach to a Russian military airport. Kaczynski has repeatedly stoked the conspiracy theory that the Russians intended to kill his brother.

But it's the Germans he blames for everything else. Having historically suffered so much at the hands of the Germans and the Russians, Kaczynski's brand of nationalist populism and anti-German and anti-Russian resentment strike a chord with many Poles, even if they were not enough for victory at the last parliamentary election in 2011.

The next presidential and parliamentary elections are not until 2015, but Kaczynski has already launched his campaign.

An old mining town in southern Poland is gradually becoming a symbol of the sustainable energy movement for the country, boasting a new office complex that could soon be rated the greenest in continental Europe. (16.10.2012)

Sixty years ago, the so-called guest workers started coming to Germany. Now, the country has become a permanent home for them and their families. What's more: They've become irreplaceable - Germany needs them. (16.10.2012)