Recently unearthed documents from the ex-East German secret police, the Stasi, appear to pin the 1981 assassination attempt on Pope John Paul II on the KGB. Italy and Bulgaria have pledged to investigate the claim. 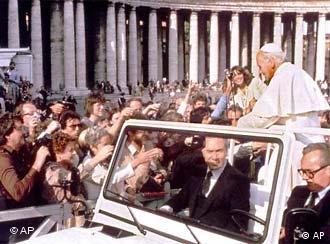 Did Mehmet Ali Agca use the gun (left) under KGB orders?

New documents found in the files of the former East German intelligence services confirm the 1981 assassination attempt against Pope John Paul II was ordered by the Soviet KGB and assigned to Bulgarian and East German agents.

According to Italian newspaper Corriere della Sera, the documents found by the German government indicated that the KGB ordered Bulgarian colleagues to carry out the killing, leaving the East German service known as the Stasi to coordinate the operation and cover up the traces afterwards.

Bulgaria then handed the execution of the plot to Turkish extremists, including Mehmet Ali Agca, who pulled the trigger.

Ali Agca, who is now in jail in Turkey, claimed after his arrest that the operation was under the control of the Bulgarian embassy in Rome. The Bulgarians have always insisted they were innocent and argued that Agca's story was part of an anti-communist plot by the Italian secret service and the CIA.

Bulgaria and Italy to cooperate 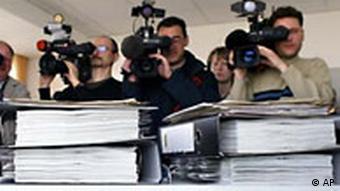 Secrets to be unraveled

The documents consist mostly of letters from Stasi operatives to their Bulgarian counterparts seeking help in covering up traces after the attack and denying Bulgarian involvement.

So far, Bulgaria has declared its readiness to give Italy all the information it possesses about the alleged involvement of its then Communist secret services in the assassination attempt on Pope John Paul II, an Italian deputy told Bulgarian bTV television Thursday.

Paolo Gozzanti, head of the parliamentary commission inquiring into the activities of the Soviet KGB in Italy during the Cold War, said the Bulgarian Ambassador in Rome had promised to help him obtain relevant documents that the former Stasi sent to Bulgaria in 2002.

"We agreed to launch an immediate procedure for getting the documents as soon as possible," he said.

Bulgarian government spokesperson Dimitar Tsonev confirmed his country's readiness to cooperate in the investigation "as soon as we have an official demand" from Italy."

However, the Berlin office supervising the Stasi archives said it had no evidence linking the Stasi, or Soviet and Bulgarian secret services to the assassination attempt.

And the former head of the Stasi, Marcus Wolf, said on Bulgarian national television that the documents concerned demands on the part of Bulgaria for the Stasi's help to end a "campaign against Bulgaria by the American CIA."

Wolf added that the files also had been sent to Italy in 1995.

Pope believed assassin was a 'patsy' 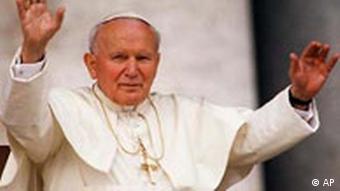 Three Bulgarians were accused of masterminding the assassination attempt on May 13, 1981. One of the three, Sergey Antonov, was arrested in 1982 and put on trial but acquitted for lack of evidence.

Metodi Andreev, former head of a Bulgarian parliamentary commission entitled to open the files of the Communist-era secret services, confirmed that Sofia had received some Stasi documents in the spring of 2002.

"I do not know if they is any proof of a Bulgarian involvement in the attack but we need to clear up that problem in order not to throw a shadow on contemporary Bulgaria," he said.

Gozzanti said it was necessary to find out the truth before the death of the pope, who has said in his own memoir, "Memory and Identity: Conversations Between Millenniums," that Ali Agca was a tool of outside forces. And in a visit to Bulgaria in May 2002, the pope said he "never believed in the so-called Bulgarian connection."

After a long legal battle, parts of a vast archive on former German chancellor Helmut Kohl compiled by the notorious East German Stasi secret police were released Thursday for the first time but under heavy restrictions. (March 24, 2005)

The condition of Pope John Paul II deteriorated drastically on Friday after the leader of the Catholic Church suffered a heart attack late on Thursday night. Vatican officials gave the pope the communion for the dying. (April 1, 2005)