To celebrate Stanley Kubrick's cinematic milestone from 1968, the German Film Museum is presenting an exhibition devoted to the masterpiece that explored the themes of artificial intelligence and existentialism.

"The most dazzling visual happenings in the history of the motion picture," wrote Time magazine in April 1968 after the groundbreaking "2001: A Space Odyssey" premiered.

Even before the first man landed on the moon, the film provided stunning, realistic-looking images of outer space using sophisticated new special effects, the experience heightened by a classical soundtrack that included Johann Strauss's "The Blue Danube."

On the occasion of the 50th anniversary of its release, the German Film Museum in Frankfurt am Main will present an exhibition that showcases Kubrick's cult film with numerous original exhibits from international collections, and from the Stanley Kubrick Archive of the University of the Arts London.

Curator Hans-Peter Reichmann spoke to DW about the "2001" homage.

DW: What is your own personal relationship to Kubrick's film "2001"?

Hans-Peter Reichmann: I can't say exactly when I saw it for the first time. Certainly already in the 1970s. The film was shown in a small provincial cinema and we as teens were extremely impressed. Curiously, mainly due to the music. It was completely different listening to classical music in a science fiction movie. 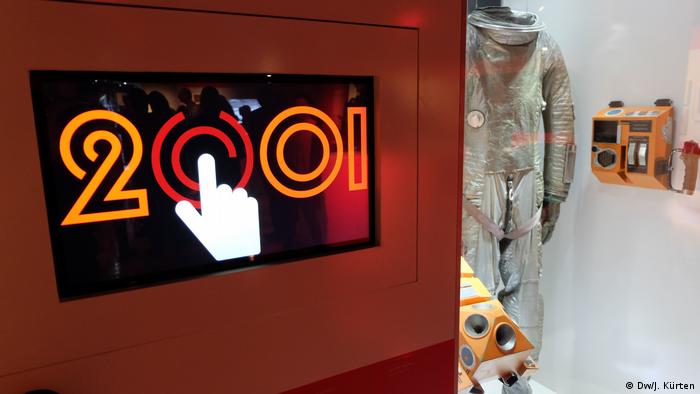 Interactive show: The German Film Museum transforms the cinematic classic into an experience

How did you approach the exhibition? What was your concept?

Of course, one had to think of the exhibition space first. The design of the film, with all its curves and shapes, and the use of dominant white and red colors, inspired us to design the exhibition room in the same way. The idea was to also create and design a so-called "inner space," but of course also an "outer space." In the exhibition, you go from this inner to an outer space. That's what happens in the film as well. The spatial concept and the overall exhibition design were created like the film.

At the beginning of the exhibition, we also have a compilation of historical films that Kubrick has evidently seen, beginning with Fritz Lang's "The Woman in the Moon." But there are also these Hollywood B movies from the 1950s and 60s.

How would you classify the film from today's perspective, 50 years after its premiere?

It is unique in film history. The fascination of Kubrick's work and this film is, of course, that he has had an incredibly intensive confrontation with the sciences, and also with the design of the time. He then implemented these ideas through very simple means — and there were then no computer-generated tricks. He did it with great meticulousness and passion. And he got advice from professionals who had a lot of experience with NASA. 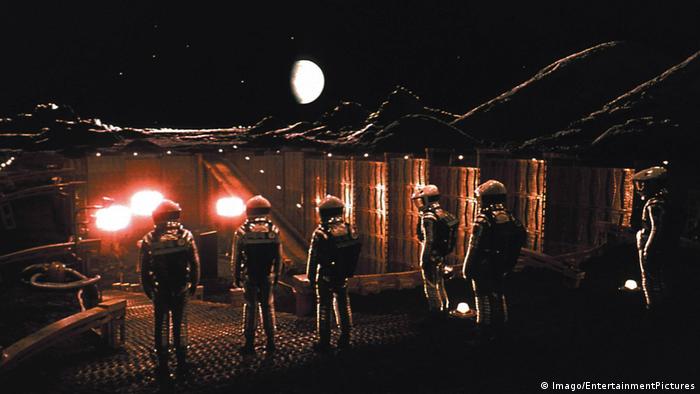 Who gave Kubrick advice and how did you incorporate these ideas into the exhibition?

There are statements from a total of 17 scientists. From religious scholars to biologists, they each came up with their concepts back in 1968 about what the earth would look like in 2001. These ideas can be heard as a prologue in the original version of the film. After the scientists were interviewed, they gave statements which go for about 10 minutes over a black background. This can be heard in the exhibition — in the original, and also in German.

Apart from the film's technical and scientific achievements, what does the film tell us from a philosophical perspective that still resonates 50 years later?

You asked me earlier how I saw the movie back then... Certainly with completely different eyes, as I was young. Today, it's one's personal perception and worldview on subjects such as finitude. The question arises: What happens when the biological clock, or whatever you want to call it, comes to an end? If you get involved in the film, you are encouraged to always think about your own position in this galaxy.

The exhibition "Kubrick's 2001. 50 years A Space Odyssey" runs at The German Film Museum (Deutsches Filmmuseum) until September 23, 2018, and will be accompanied by numerous events, discussions and concerts.

British physicist Stephen Hawking has died peacefully in his sleep at the age of 76, according to a family spokesperson. Known around the globe, he worked to make complicated scientific fields accessible to the public. (14.03.2018)

The iconic science-fiction film came out in cinemas 50 years ago and remains one of the most influential works in film history to this day. (21.03.2018)