At least 14 people have been killed and about 49 injured in an explosion in the subway of the Russian city of St. Petersburg. Security has been tightened, with authorities suspecting a "terror attack." 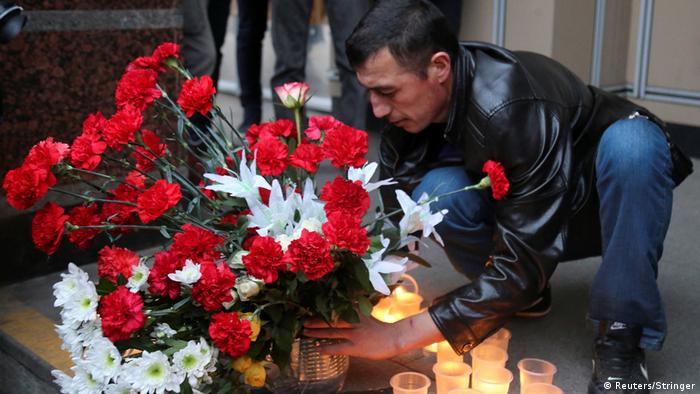 Monday's blast in the St. Petersburg subway system was reported to have taken place in a train traveling between the stations of Sennaya Square and the Institute of Technology. 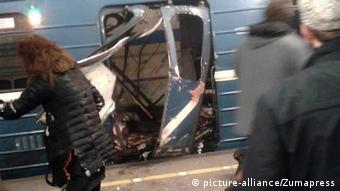 The blast tore off doors in the carriage

Interfax news agency quoted an unnamed source as saying the explosion was caused by a shrapnel-filled bomb. The blast tore a hole in the side of a carriage.

The NAK later said it had found and deactivated another homemade bomb found at a different St. Petersburg station.

Interfax has reported that Russian police suspect a 23-year-old Central Asian man with alleged links to Islamic extremism planted the undetonated bomb in the busy Vosstaniya Square station and then died in a suicide bombing on the train.

The National Anti-Terrorism Committee said it was looking for the "perpetrators and organizers of the terror attack."

Following the explosion, there were scenes of confusion, with traffic blocked on the busy thoroughfare of Moskovsky Prospect while emergency vehicles and a helicopter rushed to assist the victims.

All stations on the subway system were closed following the blast. The Moscow metro also said it was stepping up security in case of an attack there, while the National Anti-Terrorism Committee said security would be tightened at all critical transport facilities.

President Vladimir Putin, who was visiting the city for talks with his counterpart from Belarus, Alexander Lukashenko, expressed his condolences to the families of those killed in the blast, and said all possible causes, including terrorism, were being considered.

"Law enforcement agencies and intelligence services are doing their best to establish the cause and give a full picture of what happened," Putin said.

Putin visited the scene late on Monday night and laid a bunch of red flowers at a makeshift shrine to the victims. 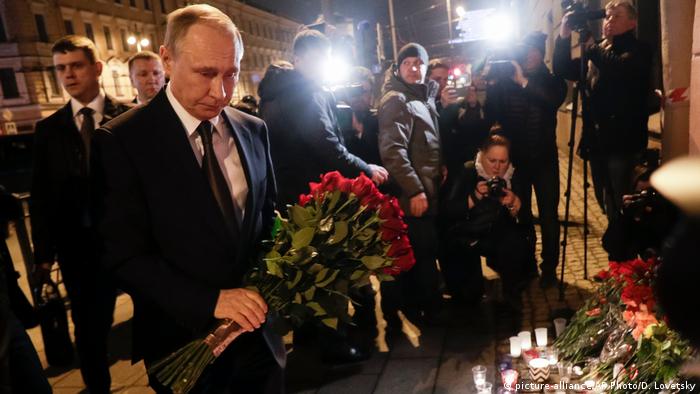 In response to Monday's blast, US President Donald Trump phoned Putin and "offered the full support of the United States government in responding to the attack and bringing those responsible to justice," according to the White House.

"Both President Trump and President Putin agreed that terrorism must be decisively and quickly defeated."

German Foreign Minister Sigmar Gabriel also sent his condolences, saying he had learned of the news "with deep sorrow." He said Germany's thoughts were "with our friends in Russia, the victims and their families in this dark hour."

German Chancellor Angela Merkel expressed her "horror" in a message to Putin.

"All the signs indicate that it was a cowardly attack," she wrote in the message published on Monday evening in Berlin.

"If so, then this would be a barbaric act, which I would condemn most severely. Whomever was behind the attack should be identified and brought to justice," she wrote.

Merkel said her thoughts were "with the families of the deceased and the injured, whom I wish a speedy recovery." 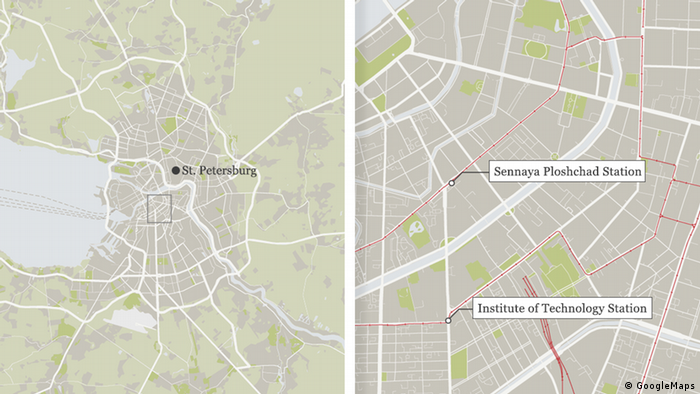 However, Berlin authorities did not plan on lighting up the Brandenburg Gate with the colors of Russia's flag in solidarity with St. Petersburg, as the city did with other recent international terrorist attacks, "Berliner Morgenpost" reported on Monday evening.

A Senate spokesperson said St. Petersburg was not a partner city of Berlin, and that exceptions were only made in exceptional cases. The decision has drawn criticism on social media.

After attacks in the sister cities of Paris, Brussels, London, Istanbul as well as Nice and Jerusalem, the Brandenburg Gate was lit up in the respective national colors, the paper reported. And after a shooting in a gay nightclub in Orlando, Florida last summer, the gate was lit up with the rainbows colors of the LGTB movement.

The Eiffel Tower in Paris, which also had been lit up in solidarity with attacks on other nations, stuck with its usual lights on Monday - though French President Francois Hollande expressed his "solidarity with the Russian people," saying France was "ready to respond to any request for assistance," "Le Figaro" reported.

London likewise did not light up its monuments as it had after past terror attacks, although Foreign Minister Boris Johnson said he was "horrified" by the attack and offered his sympathies for the victims and their families.

Tel Aviv, however, lit up its city hall in the colors of the Russian flag.

China condemned the attack, with Foreign Minister Wang Yi offering condolences and support in a statement that said "China resolutely opposed all types of terrorism".

Russia has seen several attacks by separatist Islamist Chechen militants in recent years, and the extremist group "Islamic State" (IS) has also threatened to carry out attacks in the country in retaliation for Russian military operations in Syria. Russia is giving military assistance to Syrian President Bashar al-Assad in his fight against rebel groups, including IS. 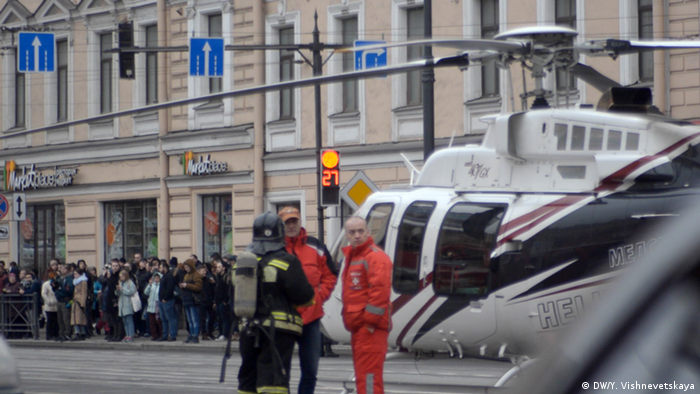 A helicopter was sent to assist emergency services

There has, however, been no immediate claim of responsibility for Monday's blast.

Double suicide bombings in the Moscow subway in March 2010 killed 40 people and wounded more than 100 others. Those attacks, carried out by two female suicide bombers, were claimed by Chechen rebel leader Doku Umarov.

In November 2009, 26 people were killed and some 100 injured in a bombing on a high-speed train from Moscow to St. Petersburg. Umarov's group said he also ordered that attack.