Sri Lanka tackles the elephant in the room

Baby elephants have become the must-have status symbol for Sri Lanka's wealthy. The government has introduced new laws to protect them. But conservationists believe more action is needed to end mistreatment. 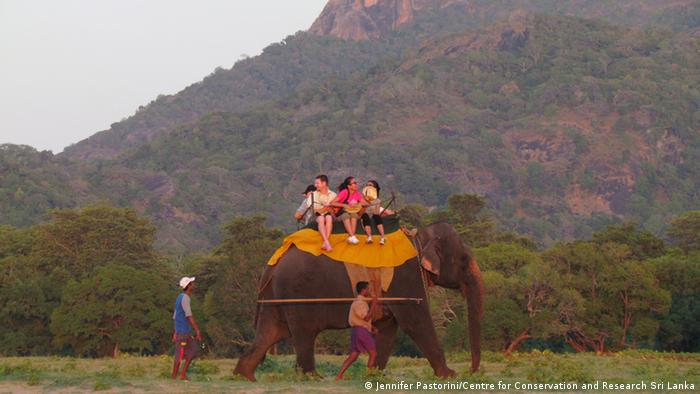 Diplomatic gifts between countries can, like most presents, either be a fitting gesture or cause unintended controversy. The donation in 2015 of two baby elephants from the country's Pinnawala orphanage by the Sri Lankan prime minister to his New Zealand counterpart very much falls into the latter category.

The seemingly innocent gift provoked so much outrage from animal rights' groups in Sri Lanka that the move of one of the baby elephants - five-year-old Ninda - to Auckland Zoo was put on hold. Critics said it would be cruel to separate the animal from its herd at such a young age.

Both countries have now seen a change in leadership, but the episode is symbolic of a wider debate about a practice in Sri Lanka that has been criticized by animal welfare groups. That is the penchant of the wealthy classes for buying baby elephants rather than expensive watches and cars as status symbols.

"Many new rich families are attempting to improve their social status by having an elephant. The babies are never discarded when they grow up but are retained since they continue to be a status symbol," Jayanthe Jayewardene, a Sri-Lanka based elephant expert and a managing trustee of the Biodiversity and Elephant Conservation Trust, told DW.

Conservationists say the desire for baby elephants presents problems for the animals on two fronts: welfare and diminishing wild populations. 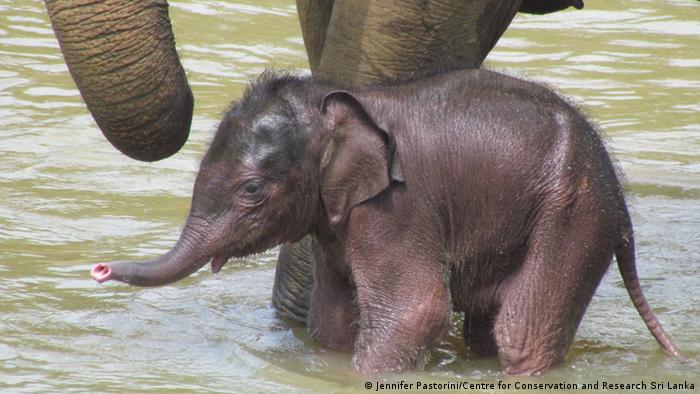 In Sri Lanka, people with money often buy elephants to show their status. The animals are bought as babies and remain even as adult animals in the household

Elephants can be found everywhere in Sri Lanka, from the sun-dappled beaches to its mountainous and lush interior. That's partly because the species found in the country generally don't have tusks and have largely been spared the global killing spree for ivory.

In marked contrast to countries such as Thailand, the wild population of an estimated 6,000-7,000 elephants heavily outweighs the captive one. Still, given the latter is officially only around 250, critics suspect animals are being plucked from the wild population, which is already under pressure due to habitat destruction and human-animal conflict,  to supply the pet market. At least 40 elephants are believed to have been taken illegally in recent years. This is despite a ban on capturing wild animals in Sri Lanka.

Prithiviraj Fernando, a scientist and the chairman of the Sri Lankan-based Centre for Conservation and Research says another major problem with taking animals from the wild is that any domestication process will likely be cruel.

"Traditional domestication involves 'breaking in' the animal… In this process elephants are usually starved and beaten and then rewarded,” he told DW.

And given the close family bonds central to elephant life, the seized individuals are not the only ones to suffer.

"The relationship between mothers and babies are as strong or even stronger than the bonding and relationships between human mothers and their babies," Jayewardene says. "When the mother is separated from its baby, the mother suffers emotional stress and makes valiant efforts to reunite." 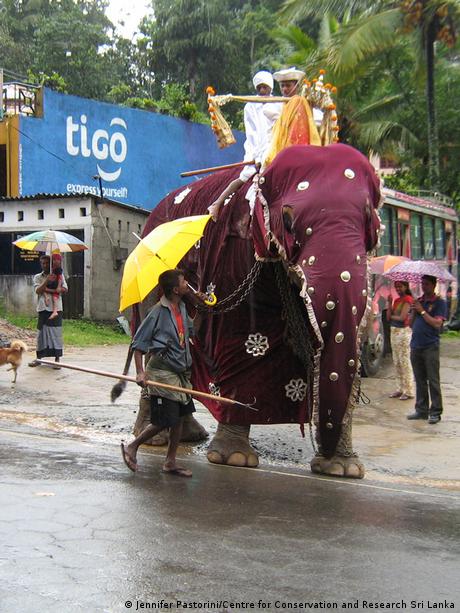 Captive animals are often either kept in private homes, government-run orphanages or owned by masters known as ‘mahouts’ who rent them out for practices such as highly controversial tourist rides.

But the practice of taming elephants in Sri Lanka goes back much further than the current tastes of the newly rich. Pachyderms have been used in religious ceremonies for centuries and are often resident in Buddhist temples.

Still, the animal welfare advocates say that while elephants have been used for cultural and religious purposes and captivity for hundreds of years, the treatment of them is often poor. Shackling, for instance, is common practice.

"Tame elephants are kept in chains of varying lengths. However long the chain that shackles an elephant may be, it does not afford the freedom that an elephant needs," Jayewardene says. "An elephant that lives in the wild walks around 15 kilometers a day."

A series of confiscations and arrests made in 2016 included that of a Buddhist monk, whose high-profile trial underlined the mistreatment elephants are believed to suffer when kept for use in religious ceremonies. But even when they are treated well, the wild is a better option, say some.

"Just because an animal is kept in a certain way does not mean that way is good for their welfare," Chris Draper, the associate director for animal welfare and care with the Born Free Foundation told DW.

The government has approved a raft of laws to regulate how elephants are kept, including banning the use of animals under five for work, and ensuring animals walk a minimum distance each day and get an improved diet of fresh fruit and vegetables. Authorities also announced Pinnawala orphanage, one of the country’s popular tourist attractions, will no longer place orphaned animals in zoos, aiming to avoid a repeat of the Auckland incident.

Sri Lanka's Department of Wildlife Conservation did not to respond to DW's request for an interview, but says the new measures will improve life for elephants in captivity, according to AFP.  Conservationists hope it will provide better protection for elephants who were not covered under the country's existing animal welfare legislation. Still, they worry that it may not be easy to enforce the laws due to a lack of will and the fear that prosecuting offenders would expose political connections. 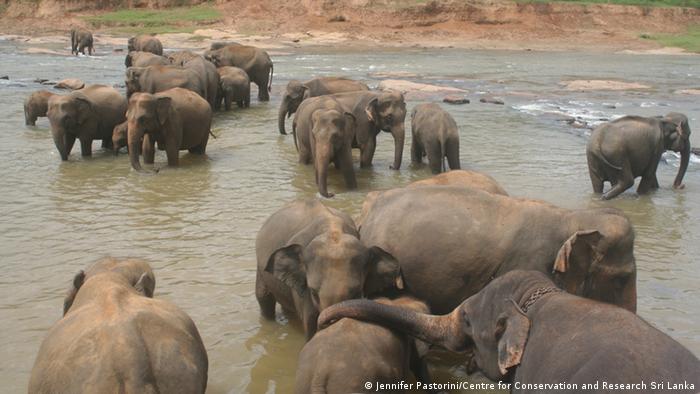 In Sri Lanka, significantly more elephants live in the wild than in captivity - an estimated number of between 6,000 and ,7000 animals

"No amount of legislation can prevent illegal activities if people are willing to break the law," Prithiviraj Fernando says. "It is good to have significant penalties, but the more important thing is to impose them. One way around this is to have public oversight of captive elephants."

The Elephant Transit Home in Udawalawe National Park is trying to set an example of how orphaned animals can be reintegrated to the wild. Unlike in other orphanages, animals are very rarely put into captivity. Instead, they are released into a large facility in the park, free of shackles and in social groups.

"How they [elephants] are kept can be changed quite drastically,"  says Manori Gunawardena of Sri Lanka's Born Free Foundation, which co-runs the home. "Instead of having solitary animals chained up all day, they should be kept in a social environment."

Life after the tourist trade for Thailand's elephants 12.08.2020

Most of Thailand's elephants live in captivity, offering rides and photo ops to tourists. But with the industry hit by the pandemic, some are now settling into a new life on a Chiang Mai nature reserve.