The child died in hospital after being beaten during a suspected exorcism. The girl's mother and the exorcist have been charged in connection with the death. 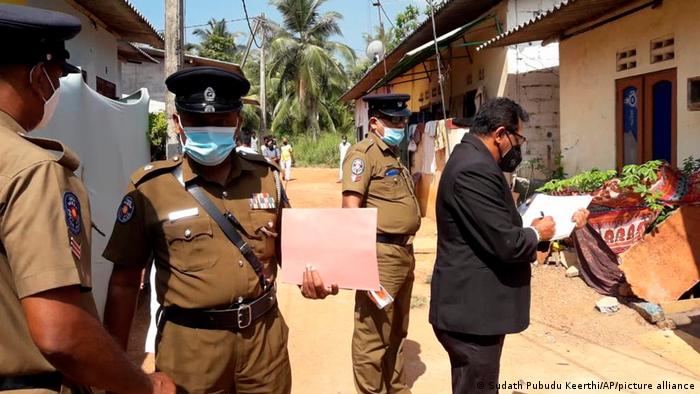 Two people have been arrested in Sri Lanka over the death of a 9-year-old girl who was repeatedly beaten in an attempt to drive out what her mother believed were evil spirits, police said on Monday.

The two suspects — the woman performing the exorcism and the girl's mother — were due to appear in court later on Monday.

The death occurred over the weekend in Delgoda, a small town about 40 kilometers (25 miles) northeast of the Sri Lankan capital of Colombo.

How did the girl die?

According to police spokesperson Ajith Rohana, the mother believed her daughter had been possessed by a demon and took her to the home of an alleged exorcist nearby.

Rohana said the witch doctor put oil on the girl, before repeatedly beating her with a cane. The 9-year-old then lost consciousness, and was taken to hospital. She eventually succumbed to her injuries.

The woman who performed the procedure was known in the area for conducting spiritual rituals, such as exorcism.

Police urged the public to be careful as the girl was not the first to perish under these circumstances, and said they were investigating further possible cases.

A self-proclaimed sorcerer has gone on trial in Myanmar over charges of murdering three young children. The man told the court that he was overtaken by a "dark spirit" during an exorcism ritual.

A 50-year-old man has been jailed in Switzerland for trampling his daughter to death in what he called an exorcism. He was also accused of raping his daughter's corpse to revive the woman, who had a cognitive disability.