A 50-year-old man has been jailed in Switzerland for trampling his daughter to death in what he called an exorcism. He was also accused of raping his daughter's corpse to revive the woman, who had a cognitive disability. 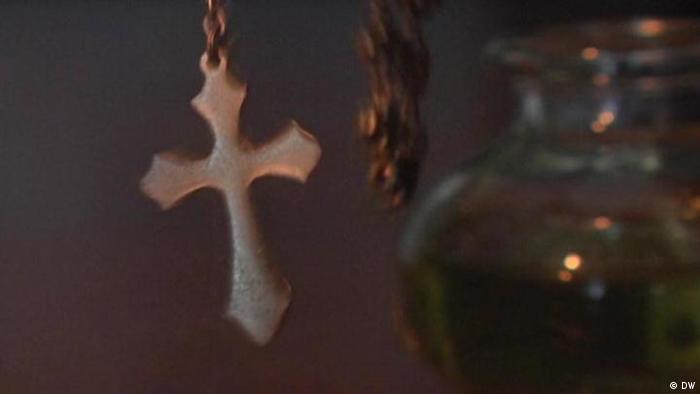 A Swiss court has sentenced a German man to nine years imprisonment for killing his daughter, who had a cognitive disability.

Prosecutors said the man trampled his 25-year-old daughter to death because he was trying to exorcise a demon.

The prosecution presented videos demonstrating the brutal assaults using a life-size straw puppet. The videos displayed how the man stood on his daughter as she lay on the floor and forcefully kicked her in the stomach.

The prosecutors also accused the man of raping his dead daughter in an effort to revive her.

Autopsy reports showed that the girl died of internal injuries.

Read more: Why exorcism is booming in Poland

The German man told the Frauenfeld District Court in the canton of Thurgau that he was simply giving his daughter a massage to drive out the demon.

Terming the act a negligent homicide, his lawyer requested for a lenient three-year sentence.

The incident took place in January 2016 in the municipality of Wagenhausen in Thurgau canton.

The victim had known her biological father only for about two and a half years, Swiss newspaper St. Galler Tagblatt reported.

The two met on several occasions since coming in contact, including at the apartment of a mutual friend in Wagenhausen, according to the newspaper.

The cousin of a South Korean woman who died during an attempted exorcism in a Frankfurt hotel has been given a six-year jail sentence. Four other relatives, including the victim's teen son, recieved suspended sentences. (20.02.2017)

A self-proclaimed sorcerer has gone on trial in Myanmar over charges of murdering three young children. The man told the court that he was overtaken by a "dark spirit" during an exorcism ritual. (18.11.2016)

A priest and an army colonel pretending to be exorcists have been detained in Sicily. Investigators have said they took advantage of ill women and sexually abused them. (21.10.2016)