Squalor and death in Egypt's prisons

Thousands of political prisoners are languishing in Egypt's prisons amid allegations of abuse and torture. But now a rising number of deaths is causing even more concern, as Kristen McTighe reports from Cairo. 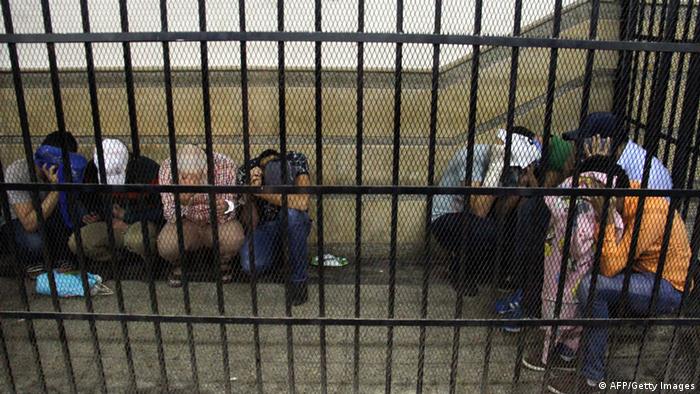 For Abdullah Elshamy, an Egyptian journalist who spent more than 300 days in jail and more than one month in a solitary confinement cell at the notorious Scorpion wing of Cairo's Tora prison, the death in detention of two leading Muslim Brotherhood members in less than one month comes as little surprise.

"All the Muslim Brotherhood leaders at Scorpion prison are kept in solitary confinement without any contact with any other prisoner," says Elshamy, whose imprisonment sparked international outcry after images were smuggled out of jail showing the once hefty Al Jazeera correspondent drastically gaunt and frail after a lengthy hunger strike. “If anything happens, you could be there for God-knows how many hours before anyone finds out."

"Prison, the whole thing, it's inhumane," he told DW. "Lacking any human dignity." 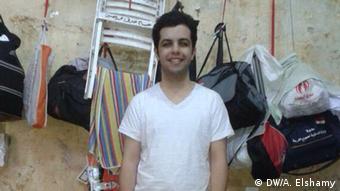 Abdullah Elshamy during his hunger strike

As a sweeping crackdown on dissent has left thousands of political prisoners jailed, a rising number of deaths in Egypt's crowded prisons and detentions centers has fueled allegations of inhumane conditions and medical neglect. While government officials insist prisons are in line with Egyptian and international law, testimony from prisoners tell a drastically different story.

"Deliberate medical negligence and failing to provide medical attention by a coup prison administration has caused the death of the esteemed MP Mohamed Falahgy," read a recent statement from the Muslim Brotherhood-affiliated Egyptian Revolutionary Council.

Prosecutors claimed the 58-year-old Falahgy, who was detained in the port city of Damietta in January 2014 on terror-related charges, died in a prison hospital last week as a result of hepatoxicity and ordered his burial after confirming that there was "no criminal aspect" to the death. The death of the former parliamentarian from the Freedom and Justice Party, the political arm of the Muslim Brotherhood, came just weeks after the death of another leading Brotherhood figure Farid Ismail, 59, in the hospital of Cairo's Scorpion prison where he was serving a seven-year sentence for violence-related charges. Egypt's Interior Ministry said Ismail died while receiving treatment after liver failure.

Egyptian officials have denied allegations that deliberate medical neglect was the cause of the two officials' deaths and insist that all prisons are operated "in line with international human rights treaties." Rights groups say abuses and neglect in detention facilities have become the norm.

"These abuses have been able to continue unchecked since Hosni Mubarak's time, it's effectively the rule of state security forces," Nicholas Priachaud, Egypt director at Amnesty International, told DW. Piachaud said successive governments, including that of the Muslim Brotherhood have done little to improve detention conditions and hold officials to account for abuse.

"What we are seeing now is that there are so many political detainees that these testimonies are coming to light and you are hearing all these horrific stories," he said.

Ahmed Parsi, a 27-year-old engineer who was arrested at a protest on June 30, 2013 and spent nearly two years in a wing of Tora prison before being released four months ago, tells one of those stories.

"The cell I was in was full of insects and dirty, but we cleaned it and we could survive," Parsi told DW of the four-by-five meter prison cell he shared with on average 15 other men.

Included inside the cell was a darkened, dirty hole to squat over for a toilet. Prisoners hung a sheet to separate it from the rest of the cell, something that did little to remedy the stench that permeated the cell. With nothing but a crack in the ceiling for a window, he said the summer heat was almost unbearable, as was the cold winter chill.

When asked about health care, for those who needed it, he said there was none. 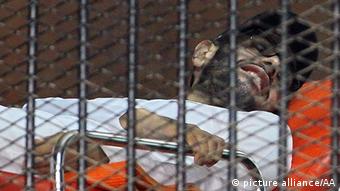 Soltan has since been released and is back in the US

For a period of his imprisonment, Parsi was cellmates with Mohamed Soltan, a dual US-Egyptian citizen, political activist and the son of a senior Muslim Brotherhood official who was arrested from his home in Cairo days after being shot during the violent dispersal of the Rabaa al-Adawiya protest camp in 2013. Soltan underwent surgery days before being detained and the injury was exacerbated when police allegedly beat him with sticks and batons and forced him inside a cramped cell.

"The management of the prison did nothing to help him," Parsi said.

Somaia Halawa, a 28-year-old Irish-Egyptian citizen who spent three months in Cairo's Al-Qanatar prison for women also complained of dire conditions and absent health care. Halawa was arrested in August 2013 alongside her two sisters and youngest brother in Cairo after they sought refuge in a mosque when police opened fire on an anti-coup protest. Police alleged that protesters also fired shots.

'A place for people to die'

"The prison hospital was hardly a hospital. It was more a place for people to die," said Halawa of Al-Qanatar's hospital.

While Halawa and her sisters were released in November 2013 and sent back to Ireland, her brother Ibrahim, who was housed with adult men, was not and remains in jail awaiting sentencing on charges that could carry the death penalty despite being a minor at the time of his arrest. After two years in jail without medical care for a gunshot wound sustained upon his arrest, his sister says he can no longer to fully move his hand.

"Trying to deal with what I have seen in prison when I see that my brother is still going through what I went through, it's difficult," said Halawa, who also alleges her brother was stripped, beaten and electrocuted in detention. "I don't feel that I am free when my soul is still there with my brother." 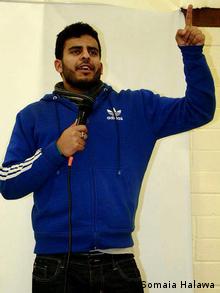 His sisters say that Ibrahim Halawa has been beaten and tortured

Egyptian officials at the Interior Ministry, which runs the country's 42 official prisons, did not respond to repeated calls for comment on the allegations of medical neglect, inhumane conditions and abuse.

Nonetheless, the National Council for Human Rights, a government-affiliated council set up to monitor human rights, said in a report released on May 13 after an official visit to Cairo's Abu Zaabal prison that some prisoners who were being disciplined had been subjected to "inhumane conditions that included not being able to use bathrooms, lack of food and the poorness of food offered, undrinkable water and absence of ventilation." Others had been beaten and threatened.

In a report issued at the beginning of May, the El Nadeem Center for Rehabilitation of Victims of Violence, a Cairo-based human rights organization, said it had documented 10 deaths from inadequate healthcare or torture in April, the first month under newly appointed Minister of Interior General Magdy Abdel-Ghaffar. The group, which documented more than 100 deaths in prisons in 2014, said the death toll for 2015 was increasing.

"These numbers only represent what we could document and publish, not the full scene," the group said in the report. "The numbers reflect that torture cases are not personal violations, but a systematic strategy by state institutions to outlaw the constitution."

A court in Egypt has postponed issuing a final ruling on a death sentence for ousted Islamist President Mohammed Morsi. He was convicted with dozens of Muslim Brotherhood leaders last month over mass jail break in 2011. (03.06.2015)