In what has been called the harshest sentence in modern Egyptian history, a criminal court sentenced 529 supporters of the banned Muslim Brotherhood to death for the killing of one police officer. 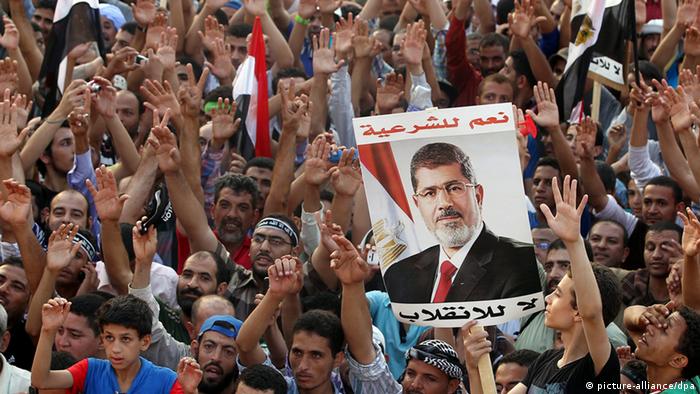 Monday's (24.03.2014) unexpected verdict is the latest in a crackdown against Islamist supporters of the nation's former president Mohamed Morsi.

"We have not documented another incident of such a large number of death sentences, either in the history of Egypt or across the world," Hassiba Hadj Sahraoui, Deputy Director on Middle East and North Africa at Amnesty International told DW.

"Imposing this many death sentences in a single case makes Egypt pass most countries' use of capital punishment in a year."

In videos posted online, family members of the convicted were seen crying hysterically and screaming in despair after learning of the verdict outside the court in Minya, upper Egypt.

"It shows that the military regime has switched from using special forces and rifles to using the Egyptian judiciary," said Abdullah El-Haddad, a spokesman for the Muslim Brotherhood in London where the banned group now operates after being labeled a terrorist organization in December.

Of the 529 defendants sentenced to death, only 147 were present in court. All others were tried in absentia. Sixteen defendants were also acquitted of the charges against them.

The case is in relation to violence that broke out following the August dispersal by Egyptian security forces of two pro-Morsi sit-ins in Cairo, which left thousands of protesters dead. The defendants in the case were accused of attacking a police station, stealing weapons, killing one police officer and attempting to kill two others.

Police stations and government buildings across the country were stormed by alleged supporters of the former president. Sectarian violence also erupted and churches were ransacked and torched by Islamists who accused the Coptic church of being behind the military coup.

The sheer scale of the trial as well as the speed in which it took place – just two court sessions - has wrought widespread condemnation. Lawyers in the trial say it violated legal norms.

"[The verdict] is not based on any legal facts, it's based on the mood of the judge," Ahmed Shabeeb, a defense lawyer in the case told DW. 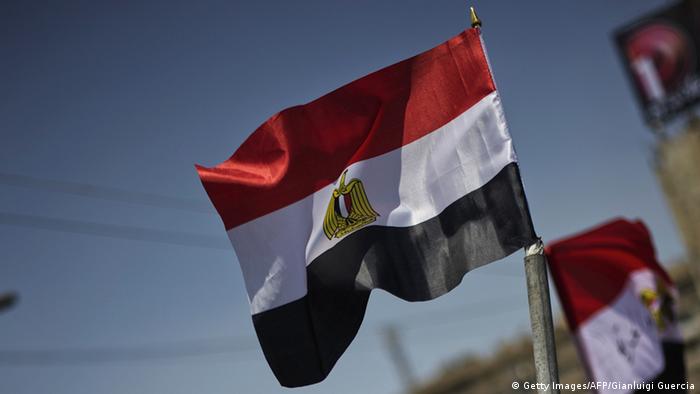 While journalists were not allowed to enter the court, Shabeeb described a chaotic scene in which more than 100 defendants were packed in the courtroom cage on Saturday, chanting in defiance on the first day of the trial.

According to Shabeeb, when lawyers asked presiding judge Said Youssef to postpone the case to allow time to review the hundreds of case documents, he denied their request. When the lawyer for defendant Mohamed Ali Hassouna claimed the trial was unconstitutional, Shabeeb said the judge responded in fury saying it had "nothing to do with the constitution."

When lawyers requested the judge step down from the case, he again refused and on Monday the defendants and their lawyers were not allowed to attend the trial. The verdict, which was the biggest capital punishment verdict in the history of the Egyptian judiciary, was delivered without hearing arguments from the defense.

"We see supporters of the former president very quickly tried and sentenced, we see more than 500 sentenced to death," said Hadj Sahraoui. "On the other hand, security forces are hardly being held to account for anything they are doing, certainly not the killing of protesters."

Since the military overthrow of Morsi following mass popular protests against the former ruler, thousands of supporters of the former president have been arrested, prisons filled and the court system has been strained. The Egyptian government says they are fighting a war on terror.

"It puts on stark display the sorry state of the Egyptian judiciary," said Michael Hanna, a senior fellow at The Century Foundation who works on US foreign policy in the Middle East and South Asia. "It collapsed in light of the number of detainees that have been brought into the system since July, and clearly it is just a farcical process."

The trial's verdict now goes to the office of the grand Mufti, the country's senior Islamic scholar, who by Egyptian law must review and ratify all death sentences. The defendants will also have the opportunity to appeal and it is widely expected that the death sentences will be overturned.

"It is dubious the sentence will be carried out – any such death sentence is almost definitely going to be overturned on appeal, possibly even before the Mufti's office even issues an opinion on it, which is also unlikely to be in the court's favor in any case," said H.A. Hellyer, a non-resident fellow with the Project on US relations with the Islamic world at the Brookings Institute in Washington DC.

"Nevertheless, the very issuing of the sentence itself is quite significant, and will raise questions nationally and internationally about the legitimacy of the process from start to finish."

The harsh sentences have already brought sharp criticism, from both the United States and European Union who expressed concern over the ruling. But, whether the death sentences will trigger a policy turn has yet to be seen. 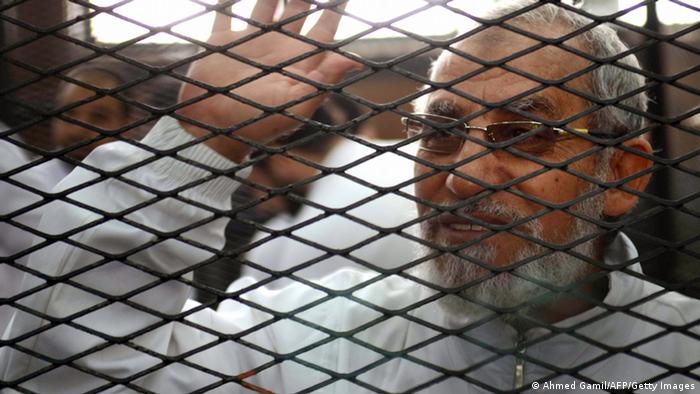 "It further reinforces the negative perceptions that this is nothing at all like a transition to democracy, and it looks much more like authoritarianism," said Hanna. "Because it's getting so much attention, it's complicated governments' abilities to act like business is as usual."

In response to the case, the Egyptian government issued a statement that appeared to be aimed at calming outrage following the verdict, stating that the Egyptian judiciary is "entirely independent and is not influenced in any way by the executive branch." The statement added that the verdict was issued "after careful study of the case," and was the first step in the judicial process.

"The tricky thing when dealing with these kinds of proceedings is that judges have a lot of autonomy. Clearly, this judge is not taking orders from some sort of top authority," said Hanna.

But analysts say judges are becoming entangled in the hatred towards the Muslim Brotherhood which has swept the highly polarized country in recent months.

"These kind of repressive steps however can only come to pass in this type of atmosphere that the authorities have created," said Hanna. "So it is reflective of the systemic state of affairs, even if it isn't top down decision making."

Hadj Sahraoui said that the European Union must be categorical in denouncing the death sentences.

"It's no longer about a little slap on the wrist. This sentence shows the extent to which the authorities are prepared to go," she said. "Any silence, any muted response from the EU, the US, the international community, will just embolden the authorities."

On Tuesday, another case is set to open where 683 defendants are set to go to trial also in Minya on similar charges. Among the defendants is Muslim Brotherhood leader Mohammed Badie, who faces multiple other charges.

"It has a chilling effect knowing that elections are coming," said Hadj Sahraoui. "So what are protesters suppose to do, stay at home or risk the death penalty?"

An Egyptian court has sentenced to death 529 supporters of ousted Islamist President Mohammed Morsi. The defendants had been found guilty of murdering a police officer. (24.03.2014)