Spread of violence in Turkey shows no sign of abating | Europe | News and current affairs from around the continent | DW | 10.06.2016

Spread of violence in Turkey shows no sign of abating

Kurdish militants said they were behind an Istanbul bombing as the violence in Turkey's largely Kurdish south-east spreads. Turks in the country's west are now seeing the deadly conflict play out on their doorstep. 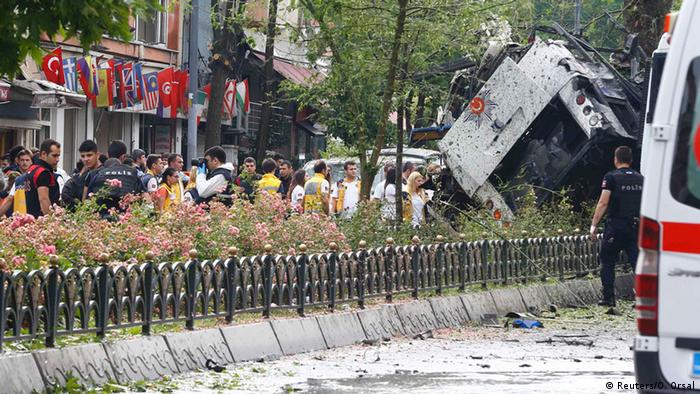 A radical offshoot of the banned Kurdish militant group the Kurdistan Workers' Party (PKK) claimed responsibility for a bombing in the center of Istanbul on Friday, marking the latest entry in a string of attacks across the country that shows no sign of abating.

The Kurdistan Freedom Falcons (TAK), who split with the PKK in 2006, and explicitly pursue civilian targets, detonated a car bomb next to a bus carrying Turkish police officers in Istanbul's Veznecilar district on Tuesday. The attack was followed by another car bombing targeted a police station in Mardin, south-eastern Turkey, the following day.

For almost a year now the predominantly Kurdish provinces of Turkey's south-east have been home to a large scale Turkish military operation nominally targeting the PKK that has left entire cities in ruins and hundreds killed.

The campaign has been compared to the Turkish army's operations in the Kurdish regions in the 1980s and 1990s that left more than 44,000 dead and hundreds of thousands displaced. This week's attack in Istanbul is yet more evidence that this time the violence is spreading west.

Kurdish militants linked to the PKK, who see themselves as resisting an incursion by the Turkish military, have suffered heavy losses in pitched urban battles with Turkish soldiers in the south-east and are increasingly turning to hit-and-run style guerrilla tactics and car bombings. Major Turkish army operations are continuing across the region, and are still ongoing in the city centers of Sirnak and Yuksekova in the country's deep south-east.

The Turkish army has declared 24-hour military curfews in the centers of Kurdish towns and cities that independent rights groups such as the Human Rights Association (IHD) and Mazlumder claim have resulted in hundreds of deaths. 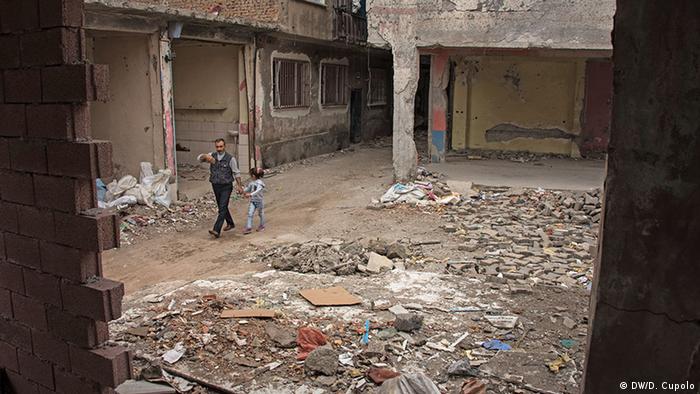 In towns like Diyarbakir whole districts have been reduced to ruins

Speaking at a meeting of the relatives of soldiers killed in the operations on Tuesday, Turkey's president Recep Tayyip Erdogan said the military operations were succeeding. "The PKK has experienced its biggest ever blow over the last year ... the trenches they dug have become their graves and the bombs they planted to divide the nation have exploded in their own hands."

President Erdogan claimed 7,600 "terrorists" had been killed or captured in the operations since July 20, 2015, however, death tolls in the conflict are hotly disputed.

An independent casualty count maintained by the International Crisis Group puts the total number of confirmed PKK fatalities at 519 (However, the organization notes that the true figure should be higher due to the difficulty of verifying reports). Crisis Group has also documented 517 police, military personnel and village guard fatalities and at least 271 civilian deaths, along with an additional 191 individuals between 16 and 35 years of age who have been killed at times of clashes or in curfew zones but cannot be positively identified either as civilians or militants.

PKK guerrillas have recently taken credit for a string of attacks on police and army positions across south-eastern Turkey and say they plan to ramp up the attacks. Though they have received little international or domestic attention, attacks in the south-east have been deadlier than more high profile attacks such as Tuesday's car bombing in Istanbul. 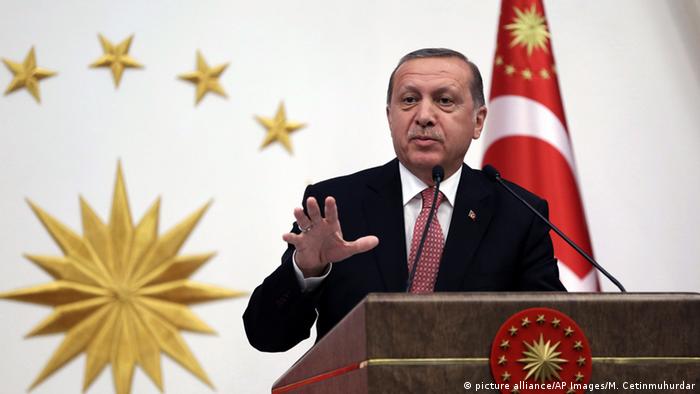 Hostilities spiked after PKK militants shot down a Turkish army helicopter with an anti-aircraft system on May 13. The organization's guerrillas followed up the attack on May 16 with a raid on an army outpost in Oremar, Hakkari province that the group claimed left more than 30 soldiers dead. The Turkish army reported only two deaths.

On June 4, PKK guerrillas targeted Turkish soldiers in the Semdinli region of Hakkari province in the far south-east, claiming subsequently to have killed 26 soldiers. Then, on June 5, PKK guerrillas attacked a bus carrying Turkish gendarmes on the main road between Trabzon and Gumushane in the country's north, claiming to have killed six officers.

The same day, in Tunceli province, PKK guerrillas attacked an army outpost killing one soldier, and on June 6 they carried out a further attack in Sirnak's Uludere district in yet another raid on a Turkish army outpost.

The Turkish army responded on June 8 by carrying out airstrikes on the Qandil Mountains in northern Iraq, where the PKK's leadership is based.

"The results of this war have been pretty grim for the Kurdish people," Mehmet Sanri, a veteran Kurdish journalist and analyst from Sirnak, now living in Istanbul, told DW.

"But the Turkish generals have labeled the conflict a 'low intensity war,' or at least one of a lower intensity than the previous conflicts, meaning they think they have things more or less under control."

Sanri points out that some in the region question the logic of the PKK's strategy of continuing to fight, but that the rules of the game are still fundamentally being set by the Turkish state. "Don't forget that the leader of the PKK, Abdullah Ocalan, is still held in prison by Turkey," he said.

"The presence of Russia in Syria, and the situation in Iraq, is also complicating and deepening the conflict and unfortunately the destruction continues at full speed."

The number of foreigners traveling to Turkey in April dropped massively as a series of terrorist attacks in Istanbul and elsewhere has caused tourists to stay away, hitting a main money spinner for the country. (27.05.2016)