Spotify has accused Apple of unfair competitive practices, saying it "didn't have a choice" but to file a complaint with anti-trust regulators. Both Apple and Spotify run competing music streaming services in Europe. 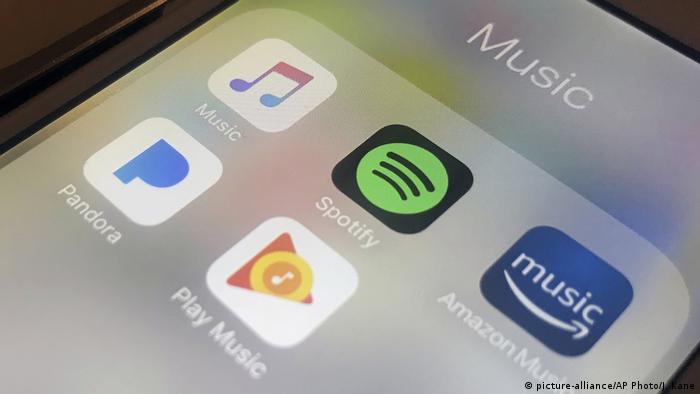 The founder of Spotify said Wednesday that the company had filed a complaint against its competitor Apple with the EU Commission's anti-trust regulators.

The complaint, which was entered by the Sweden-based steaming service on Monday, says US software giant Apple deliberately stifles competition in the online music market to the benefit of its own streaming service, Apple Music.

Spotify said it was asking the Commission to ensure fair competition.

In a blog post on Spotify's website, Daniel Ek, the founder of the Sweden-based steaming service, called Apple's platform the "gateway to the internet" for over a billion people. "Apps should be able to compete fairly on the merits, and not based on who owns the app store," he added.

"Let me be clear that this is not a Spotify-versus-Apple issue," said Ek, adding that Apple acts like both a "player and a referee" and purposely limits choice and stifles innovation at the expense of Spotify's 96 million paying users.

Spotify's main complaint is that Apple requires apps like Spotify to pay a 30 percent surcharge on purchases made by users on Apple products, essentially taking a slice of revenue from products developed by competitors.

Spotify said it refused to pay the fee because it would have made its premium streaming service more expensive than Apple Music. Spotify also accuses Apple of blocking upgrades or disrupting the Spotify app's function on Apple services in return for not using the payment system.

The Commission still has to decide whether to investigate the complaint. If it is rejected, Spotify said it would turn to the European Court of Justice.