The Social Democrats will suggest more state support for jobless people in their party platform. SPD members hope that a return to traditional left-wing issues will pay off at the polls. 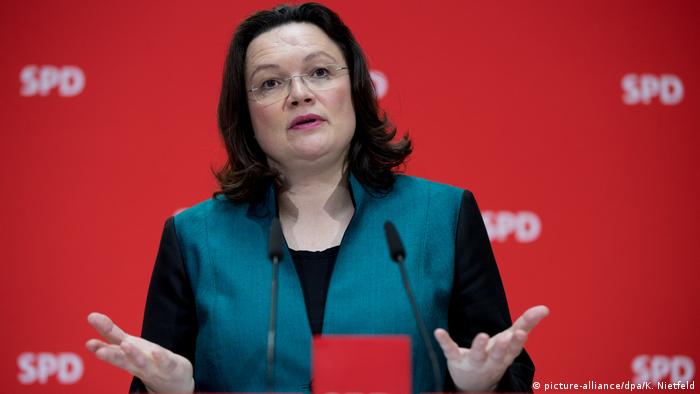 At the Berlin headquarters of the Social Democratic Party (SPD) on Monday, Labor Minister Andrea Nahles announced an initiative that would double the length of time that many people are eligible to claim unemployment benefits.

Nahles told a meeting of the SPD executive that, should the party emerge the victor of September's Bundestag elections, it would introduce "unemployment payments Q" and give jobless people additional time and support to be retrained to meet the demands of the labor market.

"We want there to be a right to qualification," Nahles said at a press conference. "If someone is unable to find work within three months, he will be offered the chance to gain additional qualifications. This will not be something that might happen, as is the case now, but the normal procedure: a right."

The SPD's proposals wouldn't be cheap. Nahles said they would cost an estimated 1 billion euros a year ($1.06 billion), although she also argued that some of those retrained might re-enter the job market earlier than they would have otherwise, thus saving money.

The idea of unemployment and qualification (hence the Q) support payments adds specifics to  promises to institute labor-market reforms made last month by SPD chancellor candidate Martin Schulz, in line with the party's left-wing traditions. Nahles also said the SPD wanted to increase access to unemployment benefits and do more to protect the assets of people who claim them. The plans would revise and, to an extent, roll back the Agenda 2010 labor market reforms undertaken by the last SPD-led German government from 2003 to 2005.

"It is a further development of what was done in conjunction with Agenda 2010," Nahles said. "It's only right, 15 years later, to revisit this issue without any taboos and draw conclusions."

That agenda has often been praised for making Germany, once called the "sick man of Europe," economically competitive, but it was never very popular with the SPD grassroots. The measures promised by Schulz and laid out by Nahles are intended to shore up the SPD's support base and appeal in particular to one specific demographic. 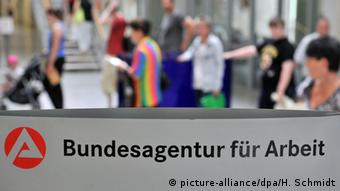 At Monday's meeting, Nahles mentioned a 50-year-old man who she said had approached Schulz two weeks ago with fears of losing his position and falling out of the job market after 35 years of working for his employer. Nahles said it was especially important to support this segment of the work force.

"We need people in the middle of their working lives who are willing to take on new jobs and want to feel respected for what they've done in their lives," Nahles said. "The goal is to get people, even 60-year-olds, back into the job market. We've raised the retirement age to 67, so we have to organize the qualifications needed on the job market for employees of all ages."

The SPD's proposals apply to people of all ages but would most serve the interests of older segments of the workforce. For example, people younger than 50, who are generally entitled to 12 months of full unemployment benefits, would get an additional year if they took a yearlong training course. But people who are older than 58, who are entitled to two years of full benefits in most cases, could get two more by tacking on a two-year training course.

The current extension of benefits for participants in training courses is much shorter. And the SPD proposals would require Germany's Federal Employment Agency to guarantee places in training programs.

Nahles said reforms were necessary because middle-aged people make up an increasingly larger proportion of the unemployed population. The Federal Employment Agency reported that 50-65-year-olds made up 24.9 percent of the people collecting unemployment benefits in 2005 and 31.1 percent in 2016. But Germany's other left-wing parties argue that the SPD's ideas don't go far enough. 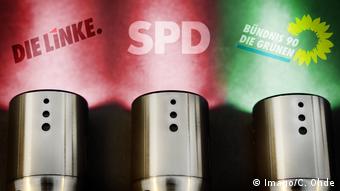 The SPD's proposals represent an attempt both to win back voters who may have gone over to the right-wing Alternative for Germany in recent local elections, as well as to build bridges to the Left party and the Greens, whose help the SPD will almost certainly need if it is to lead the next German government.

The Left and the Greens both support the idea of extending unemployment benefits, but have objected to the SPD's latest proposal, charging that it ignores the long-term unemployed, who only qualify for the minimum state benefits.

"The big problem with the idea is that it doesn't do any good at all for those who get the lowest benefits, so it leaves out 63 percent of the unemployed," Green labor expert Brigitte Pothmer told the dpa news agency ahead of Monday's official announcement. "They apparently don't fit into the category 'hardworking people.'"

The Left also wants much more. In a radio interview on Monday, Left parliamentary leader Dietmar Bartsch said the proposals were "a tiny step" in the right direction but complained that "the main points haven't been changed."

'Back to the future' 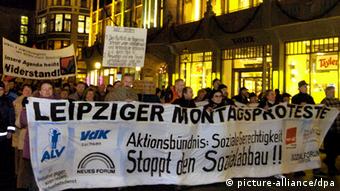 Trade unions, on the other hand, are enthusiastic about the proposed reforms.

"The SPD is correcting one of the cardinal mistakes of Agenda 2010, in which unemployed people were challenged (to get jobs) but never sufficiently supported," Reiner Hoffmann, the chairman of the Confederation of German Trade Unions, told the Tagesspiegel newspaper.

Conservatives and business leaders, on the other hand, were unimpressed, saying there was no guarantee that further qualifications would lead to jobs. They also predicted that the reform would be misused to force older employees into early retirement.

"This could become a danger for the German economy employees," Gerda Hasselfeldt, a high-ranking parliamentarian in Bavaria's conservative Christian Social Union, told the Passauer Neue Presse newspaper. "The SPD is going 'back to the future' and apparently trying to make Germany the sick man of Europe again."