Germany's Social Democrats have a problem after losing the election to incumbent chancellor Angela Merkel: Should they join the government or the opposition? Both options are risky. 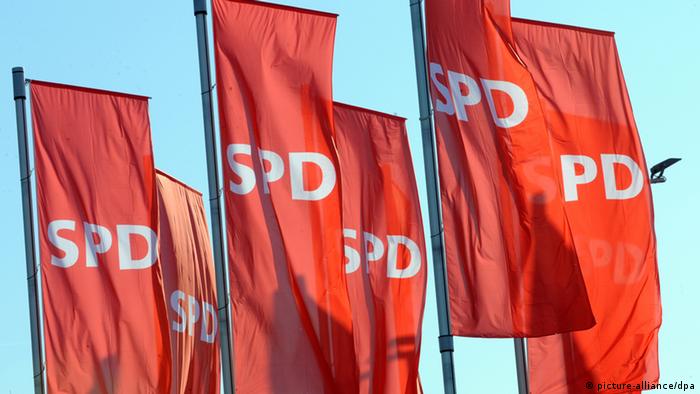 The Social Democrats (SPD) are one of the losers of last Sunday's federal election in Germany. Even though they gained more than two percentage points compared to the last poll they lagged well behind what they had hoped for.

Even so, if one believes the opinion surveys, German voters want the SPD to govern alongside the reinvigorated conservative CDU/CSU alliance of Chancellor Merkel.

The voters want a so-called 'grand coalition.' The last time the two sides formed a coalition was in 2005 under the leadership of Merkel and they governed until 2009. Many voters remember it as being a successful constellation.

The SPD, on the other hand, do not have particularly fond memories of that alliance. They were unable to boost their profile or make their mark in that coalition and came out of the 2009 election with their worst result ever. They have yet to fully recover from that debacle.

For that reason, the Social Democrats understandably have a rather hefty allergic reaction to calls for a renewal of the grand coalition, in turn, plunging the party into a monumental dilemma. 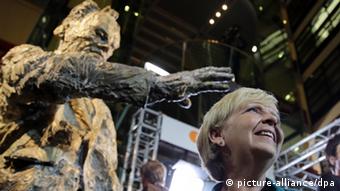 They fear being crushed by the mighty CDU/CSU alliance. They could even end up facing a massive voter exodus similar to the hapless Free Democrats (FDP), who fell short of the five-percent-threshold for representation in parliament.

The mood of the SPD rank-and-file clearly reflects that ominous scenario. In many local party districts, members have been calling in to demand that the SPD join the opposition and not the government because they would not be able to achieve their goals.

If the party goes through with a plan to hold a party plebiscite on the issue, as many would like, the outcome almost seems like a foregone conclusion and there would be no grand coalition.

Leading Social Democrats at both the national and local levels are also opposed to the idea. State Premier of North Rhine-Westphalia, Hannelore Kraft, is concerned that a CDU-SPD government would severely undermine the influence of the Bundesrat, the upper house of parliament, in which the SPD has a majority.

Even the spokesman of the SPD's conservative wing, Johannes Kahrs, is against a grand coalition. Such an alliance would comprise 503 of the German parliament's 630 deputies, seriously reducing the number of opposition members participating in parliamentary committees. Kahrs has called on the CDU to talk to the Greens first as a possible coalition partner instead, since there is "no national emergency" absolutely requiring a grand coalition with the SPD. 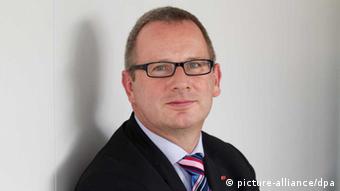 Furthermore, Kahrs insists that both parties, should it come to coalition talks, need to negotiate eye-to-eye. He has said that the SPD must get as many government portfolios and ministers as the CDU, even though it only had 25.7 percent of the vote.

The CDU/CSU are not likely to buy that argument since they far outdistanced the SPD with 42 percent of the vote and very nearly gained an absolute majority. They have 119 more seats in the new parliament than the SPD and are going to want to see that translate into cabinet posts and other positions.

Chancellor Merkel is not dependent on the Social Democrats, stresses the SPD's deputy parliamentary leader, Joachim Poss. He has called on the SPD to let a party caucus, which opens in Berlin on Friday, decide the issue. The party's executive and steering committees are to meet ahead of the caucus to flush out ideas, which the 250 caucus delegates will then vote on.

Party leader Sigmar Gabriel pointed out that it was up to Chancellor Merkel ultimately to invite the SPD to talks and present an initial catalog of proposals for a coalition platform.

Angela Merkel is extremely frugal with her emotions, and her speeches aren't overly arousing. But many Germans feel comfortable with her and yearn for continuity. How does all this fit together? (25.09.2013)

Trust is something like a stable currency in times of crisis. Angela Merkel has her voters’ trust. But the degree is astonishing. Her election victory has changed Germany’s political landscape, says DW’s Volker Wagener. (23.09.2013)