BBVA stands accused of spying on officials of a construction company that sought to take control of the bank in 2004. Nine former or current managers at the bank are under investigation. 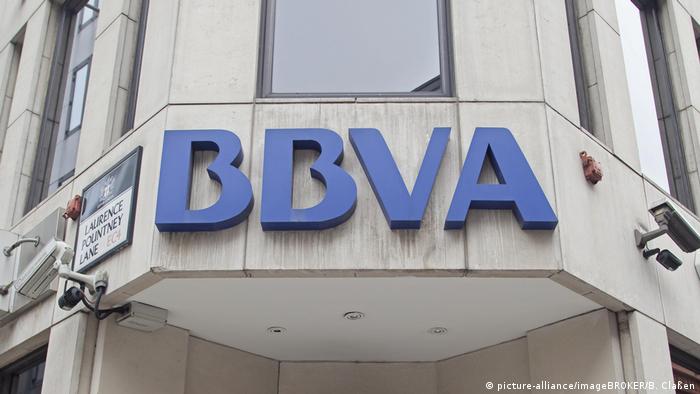 BBVA is Spain's second-largest bank, with a strong presence in Latin America and the south eastern United States. In Mexico, its subsidiary Bancomer is the largest financial institution in the country.

The bank is suspected of contracting disgraced former police chief Jose Manuel Villarejo to illegally tap the phones of journalists, politicians and businesspeople in 2004.

Villarejo, who has been in jail since 2017, is suspected of having carried out blackmail, threats and wiretapping, on behalf of companies or rich individuals for decades, through his business intelligence firm Cenyt.

Spanish media reported that BBVA had hired Villarejo's firm, Cenyt, to investigate officials belonging to the construction company Sacyr, as part of BBVA's efforts to stop Sacyr's unsuccessful bid to take over the bank in 2004.

BBVA ultimately admitted to having used the services Cenyt. But the bank has denied any wrongdoing and said an internal investigation is underway.

In a statement, BBVA's Executive Chairman Carlos Torres stressed the company's "firm commitment to clarifying the facts and complying with the law."

Nonetheless, nine former or current managers at the bank are under formal investigation in the case. Some BBVA executives have also been accused of receiving gifts from Cenyt in exchange for awarding contracts.

Francisco Gonzalez, who as executive chairman of BBVA was its top leader, resigned from all his posts, including honorary ones, on March 2019, as a result of the probe.

Security for E-Wallets: a Comparison

Switzerland's top court has ruled that Swiss authorities can share data with France on some 40,000 USB bank accounts. France wants the data after a German probe indicated there could have been tax evasion. (26.07.2019)

SoftBank has apparently dropped Saudi Arabia as an investor for its new fund after the assassination of journalist Jamal Khashoggi. It has vowed to accelerate the "AI revolution" through investment in leading companies. (26.07.2019)

Police in southeastern Spain have arrested the suspected ringleader of a notorious cybercrime syndicate accused of stealing more than a billion euros. The gang allegedly targeted dozens of banks around the world. (26.03.2018)