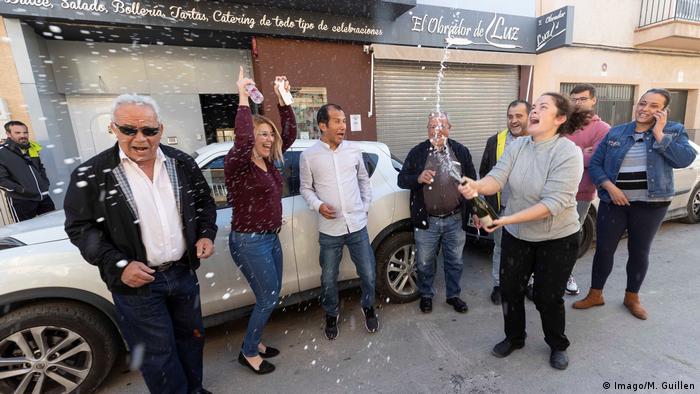 In total, nearly €2.4 billion ($2.66 billion) will be paid out to people who bought tickets, the organizers said, adding that this year Spaniards spent more than €2.9 billion ($3.21 billion) on lottery tickets.

The top prize in each set is €4 million — allowing kiosks in cities including Madrid, Barcelona and Seville to sell the winning number to 170 people.

Spain's TVE reported that a single lottery office in the resort town of Salou in the northeast Catalan region, shared out €320 million in prizes.

"El Gordo," or "The Fat One," is considered the richest raffle in the world by total prize value.

But rather than creating a few big winners, the draw is designed to allow as many people as possible a small win or to at least break even.

Members of the same family, or colleagues, usually pool together to buy El Gordo tickets.

El Gordo, which is run by the Spanish lottery, gives out millions of prizes every year.

The lottery tradition goes back to more than 200 years. The first Christmas draw was held on 18 December 1812.