A lack of prospects exacerbated by the pandemic has been leading tens of thousands of Africans to make the dangerous crossing to Spain's Canary Islands. It remains unclear how many have died in the attempt. 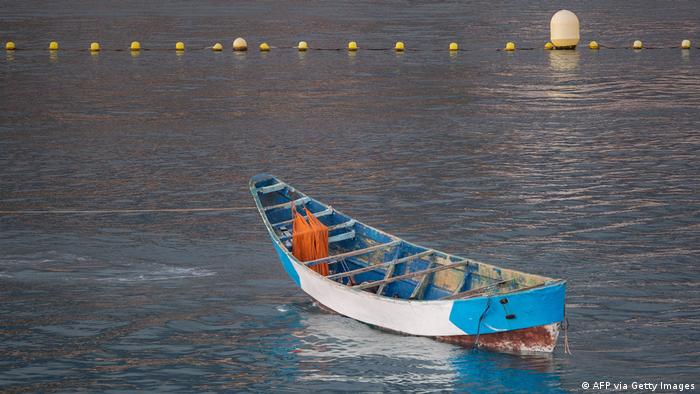 The Senegalese army managed to rescue all 82 migrants on board a boat that had capsized earlier this month. Good news of this kind is a rare commodity along the stretch of the Atlantic off the west coast of Africa.

The migrants had boarded the vessel in Gambia and were apparently attempting to reach the Canaries. It is a crossing that frequently ends fatally. Almost every week there are reports of people who die while trying to make their way to the Spanish islands.

The workers' committee chairman of Spain's Maritime Rescue, Ismael Furio, recently said the service urgently needed more staff. The news platform Cronicas de Lanzarote quoted him as saying that there were times when "they were not in a position to get everyone out of the water, and people were falling back into the sea and drowning."

Statistics from the International Organization for Migration (IOM) show that in 2020 and 2021 there has been a considerable increase in the number of people leaving the West African coast for the Canary Islands compared to previous years. Most people attempt the crossing in simple wooden dugouts that are not suited to rough open waters.

Oussama El Baroudi, who works for the IOM in Spain, told DW that these were cautious estimates and that many cases went unrecorded.

"The only certainty we have is that it is the minimal estimation. So there are plenty, unfortunately, plenty of embarkations that get lost and we don't have any information on that," said El Baroudi.

Figures cited by human rights organizations like Caminando Fronteras, which is in close contact with the migrants, are twice as high. It is completely unclear how many people attempt the crossing. 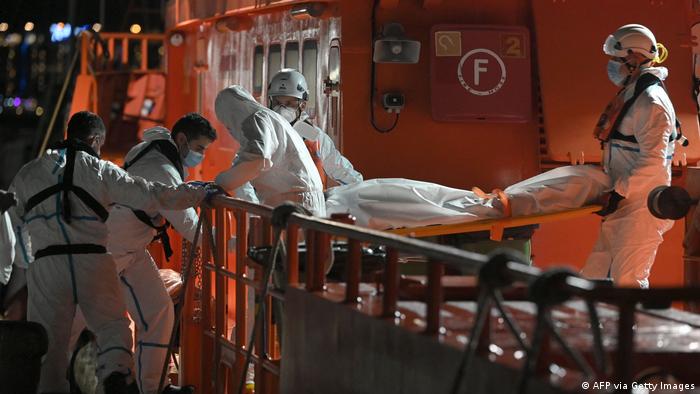 "It is absolutely not safe, and it is super dangerous — no matter where," marine researcher Johannes Karstensen told DW. "The dangerous things for such small boats there are winds and currents and small waves that form locally and make such a crossing so awful. And when these boats are overloaded  — whether it is the Mediterranean or the Atlantic  — it is always bound to backfire."

One man who has made this life-threatening journey is Mbaye Babacar Diouf. In 2003, at the age of 15, he set out from Senegal in a dugout canoe with 138 people. It was the beginning of the first big wave of migration to the Canary Islands.

In the InfoMigrants podcast, an international media project in which DW is also involved, he said: "We didn't know what we were letting ourselves in for." He said his journey took 10 days. "On the eighth day we saw people who had died in their boat. People who had set out a week before us."

More than 100 kilometers (62 miles) of ocean still separate the Canary Islands from the African continent  at its closest point on the Moroccan coast.

"Of course, the routes, the sea routes from Morocco — slash Western Sahara — toward the Canary Islands are very risky. But I would say less, much less risky than the ones from the neighbors, such as from Senegal, Gambia, or Mauretania," El Baroudi said.

Senegal's northernmost port, Saint Louis, is some 1,400 kilometers away. It is not unusual for migrants to spend two weeks out on the open Atlantic.

"And what we can also say is that the embarkations leaving from, for instance, Mauritania, Gambia or Senegal are much more crowded and, therefore, much more risky, especially in these periods where the weather conditions are not optimal," he added.

The drivers of migration

But why do people embark on this dangerous crossing? Since 2020, more people have been arriving in Spain via this route than via the Mediterranean.

The western Mediterranean route is more closely patrolled — the coast guard have picked up more people there, according to El Baroudi. He said that was one reason why people smugglers transferred their operations to Spain's Canary Islands. The IOM estimates that most of the people who take this route come from the countries on the Atlantic coast between Morocco and Guinea and from Mali. That, at least, is what the organization has heard from countless migrants. 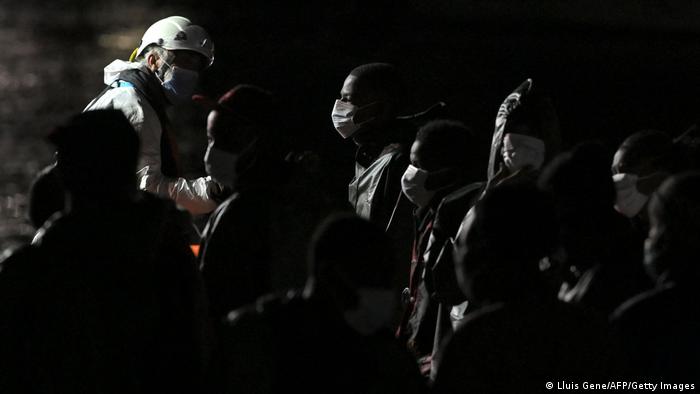 It is alarming that more and more women and children are among the dead  — an indication that entire families are now making the crossing and not just young men looking for work. El Baroudi said he believes that this can be attributed to the knock-on effects of the coronavirus pandemic: Lockdowns have hit local economies and destroyed people's livelihoods. He said the lack of security in the region and the increasing effects of the climate crisis are also contributing factors.

According to an IOM survey conducted in Senegal in 2019 before the start of the pandemic, a large number of those canvassed already said they were considering making the crossing to the Canaries — despite the risks. Similar sentiments were expressed to DW in interviews with young people in Thiaroye-sur-Mer, a fishing village on the edge of the capital, Dakar.

"People are disappointed with life. And they aren't hiding it any more," a young man said. He said they were hoping for a better life by leaving. "Many don't arrive, but others do. And if they get brought back, they try it again. I think that they aren't afraid of dying. They have already seen it all." 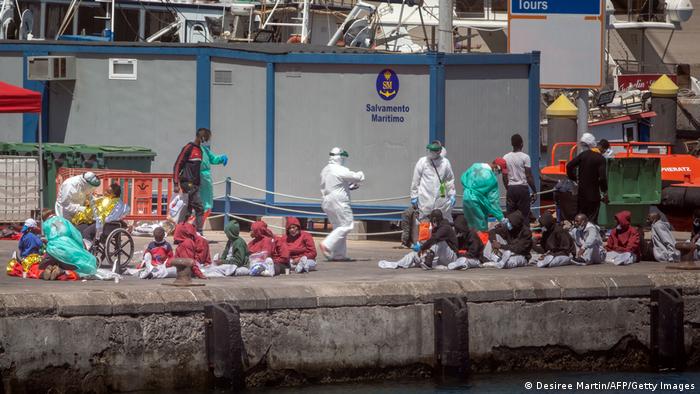 Moustapha Diouf is one person from Senegal who decided differently in the end. He made the crossing but was deported after his arrival on the Canary Islands. Then, in 2006, he set up an organization for returnees. His aim is to provide as many people as possible with good prospects back home.