Spain has become the fourth European country to allow terminally ill people to end their lives. 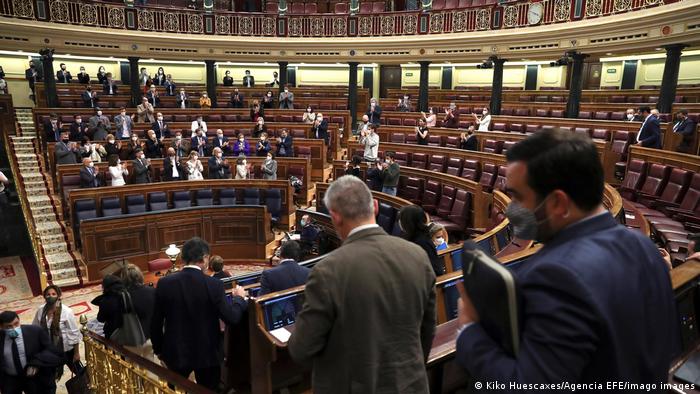 Spanish lawmakers on Thursday passed a law to legalize euthanasia and assisted suicide for people with severe and incurable illnesses.

The ruling passed the lower house of parliament with 202 votes in favor and 141 against and 2 abstentions.

Supporting and opposing groups reportedly protested outside the parliament during the debate.

The legislation allows medical staff to intentionally end a life to relieve suffering, known as euthanasia, and assisted suicide, meaning the patient carries out the procedure.

Patients have to be Spanish citizens or legal residents and must be fully conscious when they request the procedures.

A request is to be submitted twice in writing, 15 days apart. It must be approved by two separate doctors and an evaluation body, according to AFP news agency.

Doctors will have the right to reject requests if they believe requirements were not met.

Until now, helping someone end their life carried a jail term of up to 10 years under Spanish law.

How is euthanasia perceived in Spain?

Far-right parties and religious groups strongly oppose the new legislation. The far-right Vox party said it would challenge the law before the country's Constitutional Court.

Euthanasia has long been a topic of public debate in Spain. An Academy Award-winning 2004 film titled "The Sea Inside" told the story of a man's assisted suicide in 1998 who was denied that right by Spanish courts.

A 2019 poll showed that the majority of people in Spain supported decriminalizing assisted suicide .

Euthanasia is legal in Belgium, Luxembourg and the Netherlands. In Switzerland assisted suicide is exempt from punishment. Portugal's parliament also approved a bill to legalize assisted suicide, but the country's top court blocked the decision.