Spain's top court has ruled past and future referendums on Catalan independence illegal. According to the Tribunal Constitucional, only the central government may organize such votes. 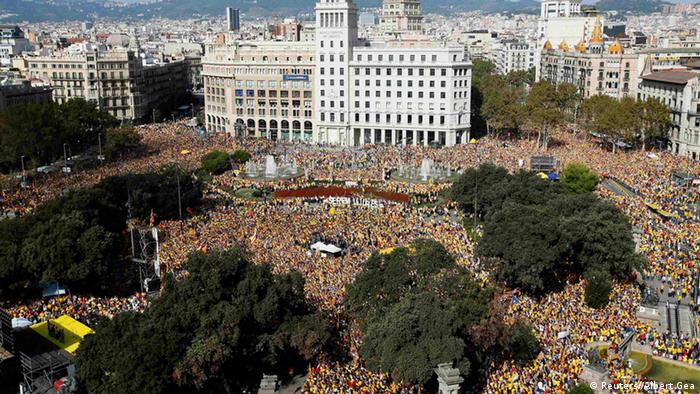 Spain's Tribunal Constitucional in Madrid has unanimously declared last November's vote on secession by the powerful northeastern region of Catalonia illegal. On Tuesday, the court also ruled unconstitutional a law passed by the Catalan regional government allowing it to call such votes.

In September, the court had ruled to block the regional government, which favors independence, from conducting the referendum in November. However, the Constitutional Court had merely ruled to halt the referendum then, not to officially declare it illegal.

Catalonia went ahead with an unofficial vote, sending a message to Madrid, the national capital. And, until Wednesday, there had even remained a slim chance that the court could have found the referendum in order, allowing it to take place at a later date.

Up to 80 percent of the 2.3 million people who participated in the November 9 referendum elected to split from Spain. But Catalonia has about 6.3 million eligible voters, from a population of more than 7.5 million.

Wednesday's ruling has declared illegal in advance the Catalan government's plans to proceed with an official referendum. Prosecutors have also since filed a suit against the regional president, center-right Catalan nationalist Artur Mas, for staging the vote. He says he will take his case to the voters anew at regional elections in September.

November's vote followed in the wake of the Scottish referendum on independence from the United Kingdom. This legally approved vote, although narrowly defeated, garnered international attention.