Spain, the new holder of the rotating EU presidency, has called for binding goals under a 10-year-plan plan to boost the bloc's economy. Prime Minister Zapatero says penalties are in store for uncooperative members. 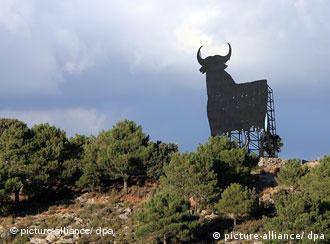 At the beginning of its term as EU president, Spain has proposed setting binding goals for all EU member states in order to improve the bloc's competitiveness on the world economic stage.

Speaking in Madrid on Thursday ahead of the formal inauguration of Spain's EU presidency, Prime Minister Jose Luis Rodriguez Zapatero said "firm moves" were needed to increase the bloc's chances of prospering under a new 10-year plan of economic reforms to promote growth. 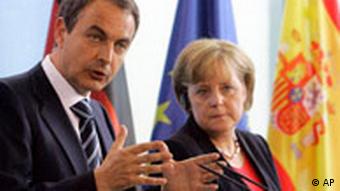 Zapatero is striving for economic unity in Europe

"Our main aim is to introduce a qualitative leap in our economic union by means of new common policies," Zapatero said. "It is absolutely necessary for the 2020 Economic Strategy … to take on a new nature, a binding nature."

The question of how binding the "Growth Strategy 2020" should be remains an issue of contention in the EU.

One penalty Zapatero suggested was cutbacks in EU subsidies to offending members.

"This is something we are going to put on the table. But I cannot preempt the outcome of the debate," Zapatero said.

"We must begin a debate in order to make common economic policy more effective and to guarantee that every member state is obligated to abide by the rules," the Spanish leader added.

Not all of Europe on board 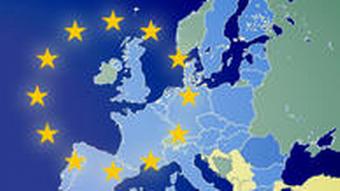 Some are skeptical of Spain's plans

Zapatero has called for coordinated efforts to fight the world economic crisis. As the country assumed the EU presidency on January 1, he said that achieving economic recovery would be the most important task during his country's six-month term at the bloc's helm.

Zapatero said the EU's current Lisbon Strategy had failed in its goal of turning Europe into the most dynamic economy in the world. He said the strategy's ineffectiveness lay in the fact that compliance among member states was merely rhetorical.

Some have expressed incredulity at Spain's aggressive calls for economic action, pointing to Madrid's own fiscal woes.

Spanish commentators have asked how a country facing an ongoing recession - its worst in 60 years - can be trusted to manage economic recovery of the 27-member bloc.

Spain has raised its terror alert level over concerns that the Basque separatist group ETA may be planning attacks or kidnappings as Madrid prepares to take over the European Union presidency on January 1. (30.12.2009)

On his first day in office, European Union President Herman Van Rompuy has called for an EU economic summit in Brussels in February. (04.01.2010)