On his first day in office, European Union President Herman Van Rompuy has called for an EU economic summit in Brussels in February. 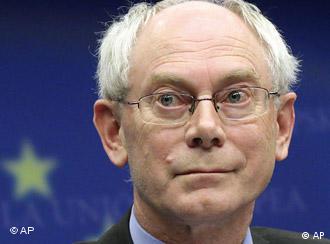 The European Union's first full-time president began his first day in office on Monday by immediately calling for an EU summit on February 11th to discuss economic issues.

Herman Van Rompuy has a lot to tackle in his new position. External threats such as terrorism and climate change are near the top of the agenda, but the biggest problem facing Van Rompuy and the EU is the status of the bloc's weakened economy.

"This is my first official working day. I'm preparing already the next European Council on February 11. I took the initiative to convene this council," Van Rompuy said in a statement. "We need more economic growth, in order to finance on a sound basis our social model, to preserve our European way of life."

The Spanish prime minister, whose country took over the 6-month presidency on January 1st, will be seeking advice from veteran experts on how to get the EU out of its economic crisis. 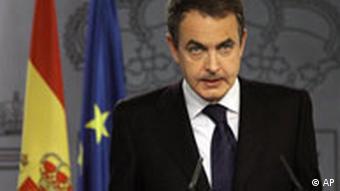 In addition to dealing with problems facing the EU, Van Rompuy also faces the challenge of clearly defining his own job description. The post of EU president was created under the Lisbon Treaty, which came into force on the 1st of December last year, after years of difficult negotiations between EU member states. 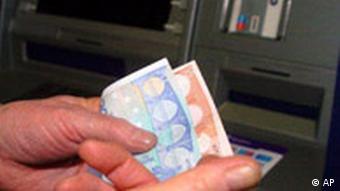 Fixing the economy is the top priority for the EU

There had been fears that Van Rompuy and Zapatero would embark on a phase of disputes over decision-making, but Zapatero has vowed that Spain will take a backstage role in such matters.

The February summit in Brussels is expected to provide a forum to launch informal talks on a longterm EU economic strategy covering the period until 2020.

Spain takes over the European Union's rotating presidency, just as the role is being downgraded in the bloc's institutional shake-up. (01.01.2010)

The Swedish government hands over the EU's rotating six-month presidency to Spain on January 1. As the year comes to an end, the EU is bracing itself for a somewhat uncertain transitional period under a new set of rules. (31.12.2009)