Japanese billionaire, online fashion tycoon and art collector Yusaku Maezawa will be the first civilian passenger to circle the moon. The businessman is set to blast off on a SpaceX rocket in 2023. 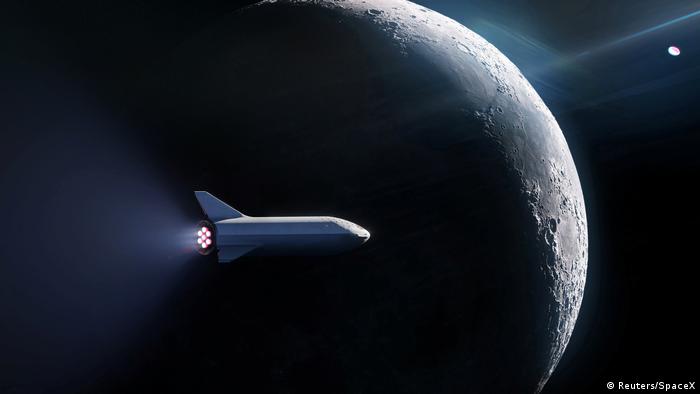 Yusaku Maezawa, a Japanese businessman and art collector worth some $3 billion (€2.6 billion), will be the world's first tourist to fly on a SpaceX rocket around the moon. 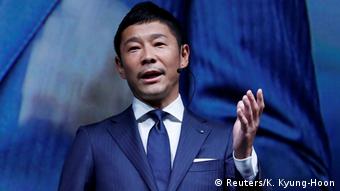 "I choose to go to the moon," Maezawa said to cheers and applause at the California headquarters of the US aerospace company, after being introduced by SpaceX CEO Elon Musk.

Maezawa is the 18th richest person in Japan, according to Forbes magazine. The 42-year-old said he will invite six to eight artists, architects, designers and other creative people on the weeklong journey in 2023.

"They will be asked to create something after they return to Earth," he said. "These masterpieces will inspire the dreamer within all of us."

Speculation was building on social media about the individual's identity ahead of Monday's announcement, with some space fans suggesting it was Musk himself.

Musk's reply showing a Japanese flag had fueled rumors that it could be one of several Japanese businessmen and space enthusiasts, with some naming Daisuke "Dice-K" Enomoto and SoftBank CEO Masayoshi Son.

SpaceX has been hyping the planned Big Falcon Rocket (BFR) Lunar Mission as an epic trip. "Only 24 humans have been to the moon in history," SpaceX noted on Twitter on Friday, adding that no one has visited the moon since the last Apollo mission in 1972.

Elon Musk's SpaceX has successfully launched a recycled Dragon capsule and Falcon 9 rocket for a NASA supply run. The company aims to drastically reduce the cost of space travel with reusable rockets and spacecraft. (03.04.2018)