Billionaire Elon Musk's SpaceX has launched the US military's most powerful navigation satellite. The company's first national security space mission had been delayed due to production delays and adverse weather. 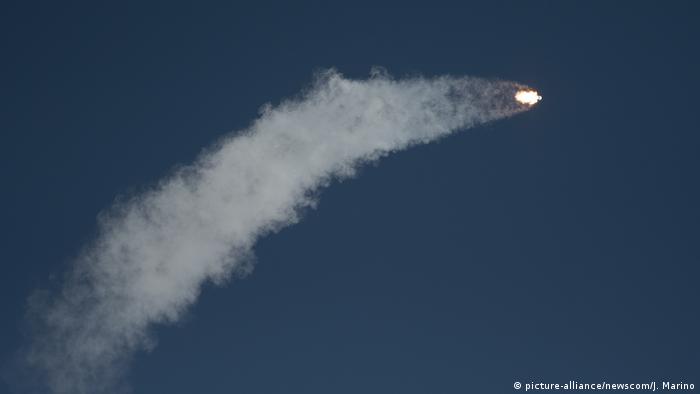 A Falcon 9 rocket blasted off from Cape Canaveral, Florida, on Sunday.

"Three, two, one, zero. Ignition and liftoff," a SpaceX mission control operator said as the rocket took off under blue skies at 8:51 a.m. (1351 UTC).

It promises "three times better accuracy" and an extended 15-year operational life, according to a SpaceX statement.

The billionaire Elon Musk's company is claiming great success. For years it has sought to be involved in the lucrative market for US military space launches. It later confirmed successful deployment of GPS III SV01 to medium Earth orbit.

The military had worked exclusively with United Launch Alliance — a joint venture between aerospace giants Boeing and Lockheed Martin — to launch government satellites.

In 2014, SpaceX filed a lawsuit against the US Air Force, arguing that it unfairly awarded billions of dollars to a single company. The suit was dropped after the Air Force agreed to open up competition.

SpaceX is also under government contract to send supplies to the International Space Station (ISS).

The next GPS III satellite is scheduled to launch in mid-2019, a Lockheed Martin spokesman said.