Learning a third language such as German, Japanese or Mandarin seems to have gone out of fashion. Some students are turning to non-traditional alternatives such as Arabic, computer programming or coding, to succeed. 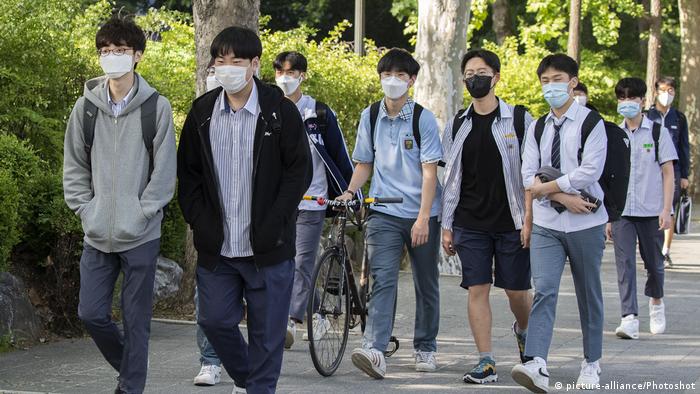 As a teenager, Young-chae Song studied German at his South Korean high school and had to pass an exam in the language to enter university.

During that time, in the early 1980s, most high school students in South Korea would study English, plus another foreign language, typically German, French or Japanese. But today, young Koreans are turning their backs on learning a third language.

"English was compulsory in high school, both then and now, but in the 1980s virtually everyone chose to do another language because we sensed that there were going to be more opportunities in foreign countries in the future. Everyone wanted to be able to communicate, for business or travel, or just to speak with people from other places," said Song, a professor at the Center for Global Creation and Collaboration at Seoul’s Sangmyung University.

The fledgling Korean state initially had no diplomatic relations with its former colonial ruler Japan, and neighboring China was in a similarly chaotic state with the civil war between communists and nationalist forces.

The situation was further complicated just five years later, he said, with the outbreak of the Korean War.

Germany provided economic assistance in the decades immediately after the war and well into the 1970s, Song told DW.

"There was a sense of gratitude towards Germany and an interest in the country … Very soon, German companies began to enter Korea and quickly earned a reputation as being good and stable places to work," he said.

"Many people wanted to learn German and to go and study in Germany, with engineering and manufacturing seen as good courses for a future career," he added.

There were 1,200 teachers of German in Seoul as recent as 1999, according to figures from the city’s education authorities. That figure dropped to 23 in 2000. Today, not a single public high school in the capital employs a full-time German teacher.

Rise and fall of Japanese and Mandarin

By the 1980s, South Korea's relations with neighboring Japan was restored. As Japan's economy boomed and its "soft power" spread globally, there was a shift towards learning Japanese in schools.

But frictions with Japan nevertheless remained, such as differing interpretations of the two nations' shared history, primarily imperial Japan’s 35-year occupation of the Korean peninsula, which was often repressive and violent.

In the subsequent decade, China began to emerge as an economic colossus and it became easier for Koreans to visit and do business in China, Song said. In addition, students were "swayed by the trends of the times."

Chinese and Japanese remain on the curriculums at most schools in Seoul – nearly 81% teach Japanese and 77% offer Chinese.

More recently, however, even the languages of Korea’s immediate neighbors have become less popular, Song said. Mandarin has faded because its tones are complicated and difficult to learn.

According to Song, aspiring students are turning to "niche" languages such as Arabic to improve their chances of securing a place at top tier universities in the country.

"My son started studying Arabic when he was in his early teens because he wanted to go to Seoul National University (SNU)," said Song, referring to one of South Korea's most prestigious universities.

"To get a place at SNU, students have to take a test in a second foreign language, so after English, he chose Arabic," Song explained.

"Arabic is not an easy language to learn, but because relatively few people study it and the marking of the exam is done as relative to the other people taking the exam, it is quite easy to get a high score," he said.

The tactic paid off and Song's son is presently in his first year at the university.

In Korea, the priority is getting a good score in exams, he said. "It all boils down to test scores."

"They are also discovering that as virtually all high school graduates speak at least some English, they can get by in international business as English has effectively become the world’s shared language for doing business," he said.

Another factor that has impinged heavily on the learning of foreign languages has been the explosive growth in the use of technology as a form of communication, with millions of young Koreans opting to study computer programming, coding, editing and software development "as an extension of their all-important social media selves," Tizzard said.

A South Korean court rejected a lawsuit calling for Japan to compensate victims forced to work in wartime brothels. Activists and plaintiffs denounced the decision, calling it a "major disappointment."