Korean food is probably best known for its barbecued meats and kimchi, the spicy cousin of German sauerkraut. Now the South Korean government is hoping a publicity campaign will help these traditional dishes go global. 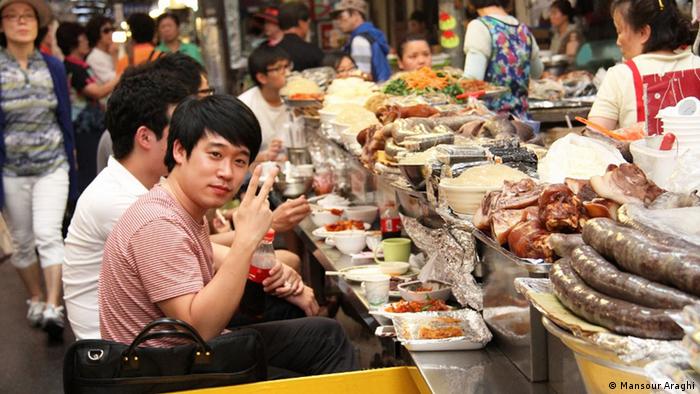 It's about to get easier to dig your chopsticks into some signature South Korean barbecued beef or a plate full of crunchy kimchi.

Within the next five years, the South Korean government plans to double the number of Korean restaurants abroad in an effort to globalize its traditional cuisine and develop its restaurant industry, local media reported Monday.

It hopes to do that by increasing the number of Korean restaurants from the current level of 3,726 in around 40 countries to more than 7,000 spead across 50 countries, according to the news agency Yonhap.

"Expanding the number of countries with Korean restaurants...will help boost overseas shipments of our traditional food and ingredients," South Korea's Ministry of Agriculture, Food and Rural Affairs said in a statement.

The latest in a series of moves to commercialize its traditional food scene, Seoul also hopes to facilitate the training of foreign cooks and other restaurant personnel in the country by making it easier for those without a South Korean passport to receive medical clearance.

With the founding of the Korean Food Foundation in 2010, the government took it upon itself to make Korean food, known to natives as Hansik, more mainstream.

Yet food from the Hermit Kingdom, as South Korea is also known, has yet to become as ubiquitous as that from its close Asian neighbors China and Japan.

The UK industry newsletter BigHospitality wrote about Korean food last month, wondering whether it was ready to go mainstream. The publication's authors said most people in the UK have not yet discovered Korea's culinary charms.

"The possibility of Korean food replicating the success of [Chinese and Japanese] cuisines, as well as Indian and Thai, is undeniably exciting but seems unlikely to happen any time soon," BigHospitality wrote. "There appears to be only a handful of people on these shores looking to promote it."

That's not to say Korean-style beef and tangy Kimchi doesn't have its champions.

Korean-American fusion chef Roy Choi took the US by storm with his Korean barbeque tacos - short rib beef mixed with butter-sautéed kimchi, chillies, soy slaw and a cilantro-onion-lime relish. Even T.G.I. Friday's added Korean steak tacos to its menus in 2012. 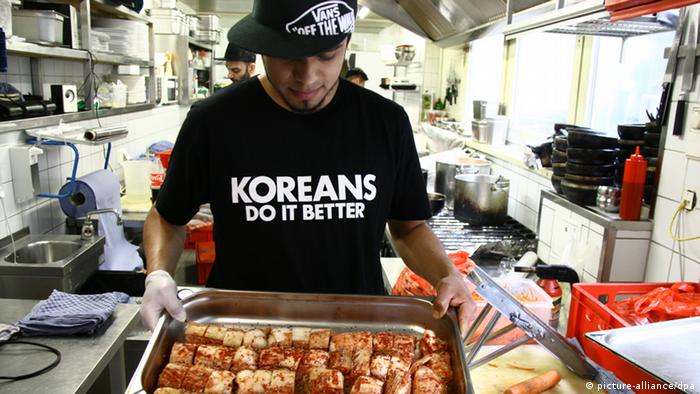 Kimchi is South Korea's most popular side dish.

Eating for your health

One of the main points the Korean government likes to emphasize is the wholesomeness of Korean food, especially compared to fast-food offerings of hot dogs and pizza.

The foundation also credits kimchi with having anti-aging and anti-cancer properties, citing government studies that concluded "kimchi ingredients interact in a way that increases the prevention of cancer."

But some researchers believe eating too much of the spicy, pickled cabbage can have the opposite effect.

Some studies have shown that a high intake of pickled vegetables can increase the risk of developing stomach cancer. According to the World Cancer Research Fund International, an organization studying the link between diet and cancer, South Korea has the highest incidence of stomach cancer, followed by Mongolia and Japan.

Some estimates put the average amount of kimchi a Korean eats in a year between 18 to 29 kilograms - or around 66 grams per day.