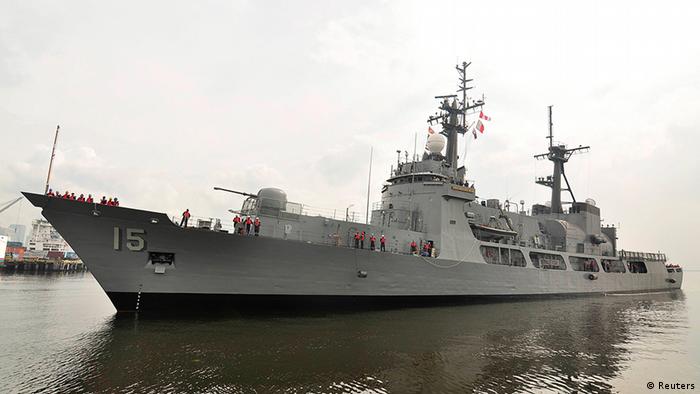 June - Taiwan occupies Taiping, the biggest island in the Spratlys, which was originally claimed by France as part of its colony of Indochina and expanded by the Japanese during World War II as a submarine base.

The Philippines occupy five of the Spratly Islands and claim the entire western part of the archipelago.

The Philippines join the United Nations Convention on the Law of the Sea (UNCLOS).

Indonesia joins the United Nations Convention on the Law of the Sea (UNCLOS).

March - The so-called Johnson South Reef Skirmish between Vietnam and China on the Spratly Islands results in the deaths of 74 Vietnamese sailors.

July - Chinese marines land on on Da Lac reef in the Spratlys and build a "stone boundary marker of sovereignty."

Vietnam joins the United Nations Convention on the Law of the Sea (UNCLOS).

China occupies Mischief Reef, claimed by the Philippines, and erects buildings on it.

March - The Malaysian Navy fires on a Chinese trawler, which it claimed had been fishing within Malaysia's exclusive economic zone.

Taiwanese artillery bombards a Vietnamese freighter that had approached one of the Spratly Islands held by Taiwan.

The Philippine military expels the Chinese from Mischief Reef and destroys all the buildings erected.

China, Malaysia and Brunei join the United Nations Convention on the Law of the Sea (UNCLOS).

April - China and the Philippines clash over Scarborough Reef, on which they document their claims with flags and other markings.

January - Twenty-two Chinese fishermen are detained by the Philippine Navy. They are accused of fishing illegally in Scarborough Reef.

January - Vietnamese soldiers fire on a Philippine ship and severely injure a fisherman.

May - A Chinese fishing boat collides with a Philippine Navy vessel and sinks off Scarborough Reef.

June - Again, a Chinese fishing boat collides with a Philippine Navy vessel and sinks near the Spratly Islands.

May - Philippine soldiers seize Chinese fishing at the Palawan Islands. They killed one and arrested seven fishermen.

January to March - The Philippine Navy brings 14 trawlers on under the Chinese flag, confiscate their catch and escort the ships away from the sea area of the Spratly Islands claimed by the Philippines.

July - The Chinese government warns the oil company ExxonMobil against entering into an exploration agreement with Vietnam, claiming it violates Chinese sovereignty.

June - A Chinese submarine collides with the sonar sensor of a US warship off the coast of the Philippines.

May to July - Indonesia and China each captures several of the other's fishing boats. They accuse them of fishing illegally in foreign waters.

June - An Indonesian patrol clashes with Chinese fishermen escorted by ships from the Chinese Ministry of Fisheries off the Natuna Island in the southern part of the South China Sea.

February - A Chinese frigate shoots warning shots at a Philippine boat near Jackson Atoll off the Spratly islands.

May - Chinese maritime surveillance ships and People's Liberation Army ships are suspected of unloading building materials onto the Spratly Islands claimed by the Philippines.

May - Vietnamese authorities accuse China of having severed the seismic survey cables of the oil exploration ship Binh Minh 02. It had been operating on the edge of the Vietnamese continental shelf on behalf of the Vietnamese oil and gas company PetroVietnam.

June - A Chinese ship is caught in the cables of a Vietnamese oil exploration ship 1,000 km from Hainan Island.

July - An unidentified ship in international waters contacts an Indian warship and demands an explanation for its sojourn in Vietnamese waters. The ship had previously visited a port in Vietnam.

February - According to Vietnamese media reports, Chinese authorities prevent the landing of eleven Vietnamese fishermen seeking refuge from a storm on one of the Paracel Islands. Vietnam lodges a protest, but China rejects the allegations.

China states that it does not agree with the exploration of a disputed oil field off the coast of the Philippine island of Palawan.

Official Vietnamese sources report that China has arrested 21 Vietnamese fishermen and is demanding 11,000 dollars for their release.

April to June - After a Philippine reconnaissance plane identifies Chinese fishing boats at Scarborough Reef, the Philippine Navy sends in its biggest warship, the BRP Gregorio del Pilar. The government in Manila says the fishermen are fishing illegally. China also sends ships. There is a stalemate. Only when the Filipino fishermen leave the area because of the impending typhoon season do the Chinese boats also leave.

The Philippines undertakes a military exercise with the United States - despite protests from the Chinese side - that exacerbates tensions given the stalemate at Scarborough Reef.

November - The Chinese province of Hainan receives permission to stop and search vessels that enter waters claimed by China at its discretion.

Several news agencies report that Chinese fishermen have again cut the seismic survey cables of the Vietnamese oil exploration ship Binh Minh 02. The incident occurred midway between Hainan and the Vietnamese mainland. PetroVietnam later admitted that there had been an accident.

Taiwan has sounded the alarm over ongoing Chinese military drills in the Taiwan Strait, accusing Beijing of trying to change the decadeslong status quo in the region.