Most of Chapecoense were killed on their way to the biggest game in the club's history. Their opponents asked authorities to honor them with the title. 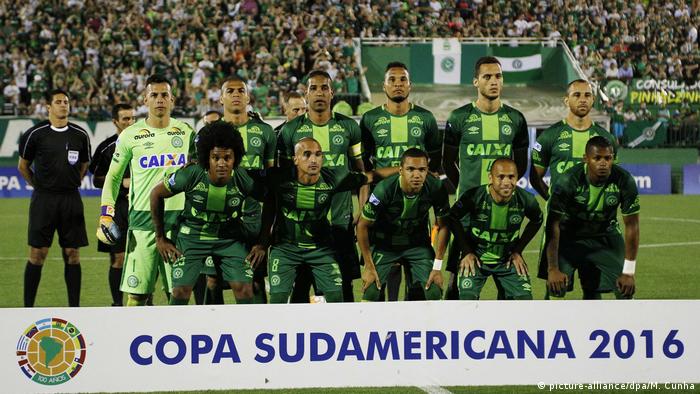 South American football authorities awarded the league championship on Monday to an underdog team that lost most of its players in a deadly plane crash.

The opposition team requested Chapecoense be awarded the trophy, along with the US$2 million prize money, "as a posthumous homage to the victims of the fatal crash that leaves our sport in mourning," the sport's South American governing body CONMEBOL said in a statement. 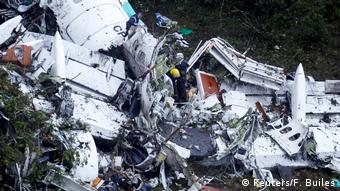 The body council decided to honor Club Atletica Nacional request with all of the "sport and economic prerogatives that entails," the statement said.

"There is no greater demonstration of the spirit of understanding and fair play ... than the consideration and respect shown by Atletico Nacional to its brothers in Chapecoense Football Club," the statement said.

Chapecoense had a fairytale rise before the crash,entering their first continental tournament just seven years after leaving the bottom-tier Serie D.

Chapecoense would also automatically play Atletico Nacional, the Libertadores champions, for the Recopa Sudamericana next year.

Chapecoesne would be likely to borrow players from other clubs for next year's season.

On Saturday 100,000 people gathered in a stadium in southern Brazil to mourn the tragedy.

Fifty-one players, coaches and other people associated with the team were killed in the disaster, when a BAe146 regional airliner operated by Bolivian charter company LaMia ran out of fuel and crashed into an Andean mountainside.

The city of Chapeco is preparing a memorial service for the deceased Chapecoense soccer players and officials. Meanwhile, allegations of negligence have emerged amid a Bolivian probe into LaMia airline. (03.12.2016)

A leaked recording reveals the pilot of the plane carrying a Brazilian soccer team admitted being out of fuel before it crashed. He told air traffic controllers about a "total electric failure" and lack of fuel. (30.11.2016)

A suicide attack killed at least 19 people and injured several others in an education center in the capital city. There have been no claims on the attack so far.