A blaze broke out inside the national park that is home to the Cape Town landmark. The cause is as yet unknown, but more than 120 firefighters have been dispatched to the scene. Local people have been evacuated. 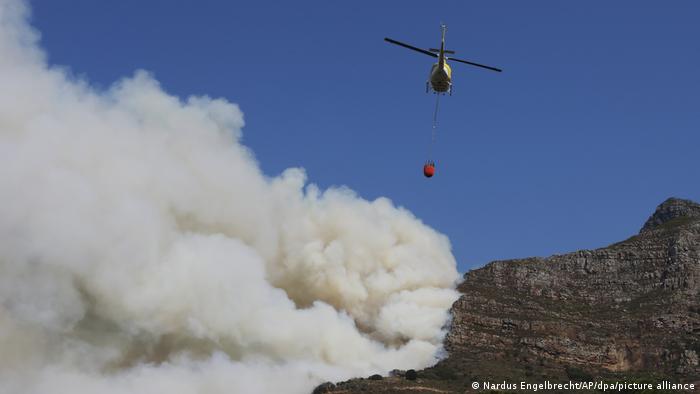 Helicopters have been tackling the blaze on Table Mountain

An "out of control" fire broke out inside Cape Town's Table Mountain National Park on Sunday, prompting the speedy evacuation of one of South Africa's most famous landmarks.

Hikers were told to leave the area as the blaze moved towards the University of Cape Town campus from which students have also been evacuated.

South Africa's National Parks said in a statement that more than 120 firefighters and four helicopters had been sent to the scene.

The statement said that the Rhodes Memorial Restaurant had "unfortunately been burnt down."

"The fire created its own wind that further increased the rate of spread. The excessive amount of smoke and related updrafts made it impossible for the aerial support to slow the rate of spread," officials said.

Local people uploaded pictures and videos of the fire to social media. DW has been unable to independently verify the authenticity of the content.

What was behind the blaze?

The cause of the fire, which broke out on Sunday morning, is as yet unknown.

Rescue services said there had been no fatalities or injuries reported.

The mayor of Cape Town, Dan Plato, said on social media that one person was being treated for serious burns.

Table Mountain, a protected conservation area, is one of South Africa's most iconic tourist attractions.

It overlooks the whole of Cape Town and the surrounding area, and welcomes roughly one million visitors each year. 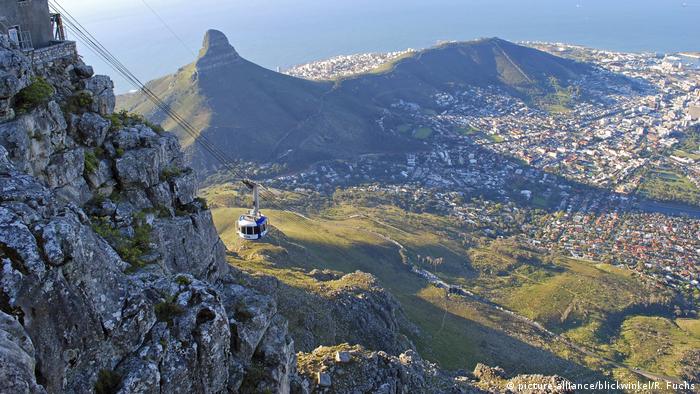