Provincial premier Helen Zille was under fire for praising perceived benefits of colonialism. After initially sticking to her guns, she then apologized "unreservedly" for her comments. 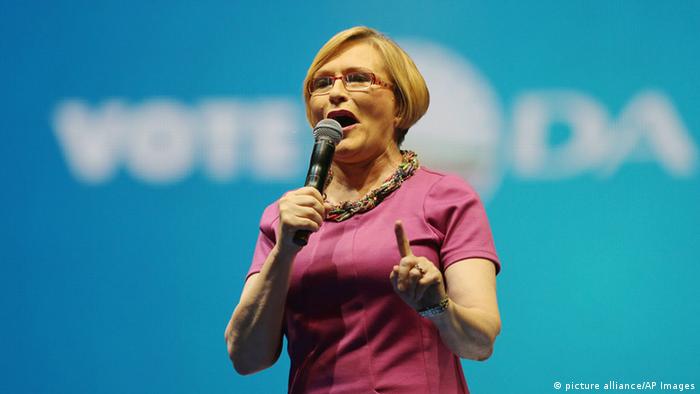 South Africa's main opposition party, the Democratic Alliance (DA), said on Tuesday that former leader Helen Zille had been removed from her leadership roles in the fallout from a controversial tweet the politician made regarding colonialism.

Zille also held a press conference in which she "apologized unreservedly to the South African public who were offended by this tweet and my subsequent explanation of it."

The ruling African National Congress (ANC) was having none of it, however, calling her comments an "unadulterated defense of white supremacy and privilege."

Where it all began

Back in March, Zille had written on Twitter: "For those claiming legacy of colonialism was ONLY negative, think of our independent judiciary, transport infrastructure, piped water."

"Would we have had a transition into specialized health care and medication without colonial influence? Just be honest, please," Zille also asked.

As the first critical responses came in on March 16, Zille initially showed a degree of defiance, saying she was boarding a plane and would not activate the Wi-Fi to avoid her critics' responses.

But within an hour, Zille then apologized "unreservedly for a tweet that may have come across as a defense of colonialism."

Zille began her career as a journalist and anti-Apartheid activist who helped expose the cover-up surrounding the death of Black Consciousness leader Steve Biko, who was severely beaten in police custody in the 1970s.

In 2004, she became a member of Parliament with the DA, and served for two years as the mayor of Cape Town before taking over as party leader from 2007-2015.

Despite stepping down from DA leadership, she will stay on as premier of Western Cape province, the party said, though they criticized her statements as counterproductive to efforts to shake off their reputation as the "white" party.

A brawl broke out in South Africa's parliament as President Jacob Zuma tried to give his annual state of the nation address. Members of the Economic Freedom Fighters were ejected after heckling the president. (09.02.2017)