The ex-apartheid fighters locked the ministers in a hotel room after failed talks over a compensation deal. Police arrested a total of 56 people after the incident. 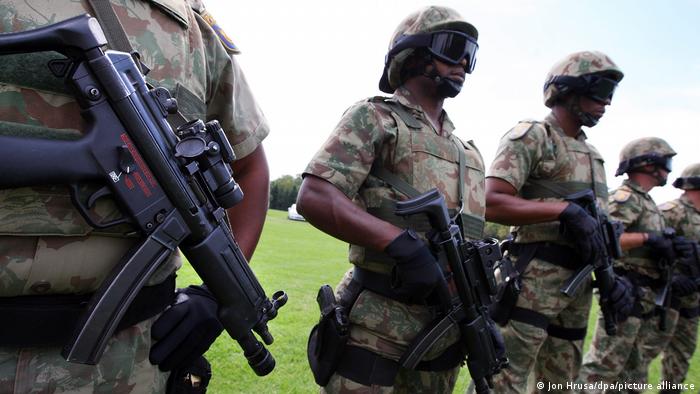 The ministers were cornered by 56 veterans at a plush hotel near the capital Pretoria on Thursday night, forcing the South African Police Special Task Force (STF) to take action.

Minister in the Presidency Mondli Gungubele, Defense Minister Thandi Modise and her deputy Thabang Makwetla met leaders of the former armed wing of the ruling ANC party on Thursday.

Under the leadership of Nelson Mandela, who later became South African president, the veterans helped free the country from apartheid in the 1990s. They also supported former President Jacob Zuma in his recent court battles. 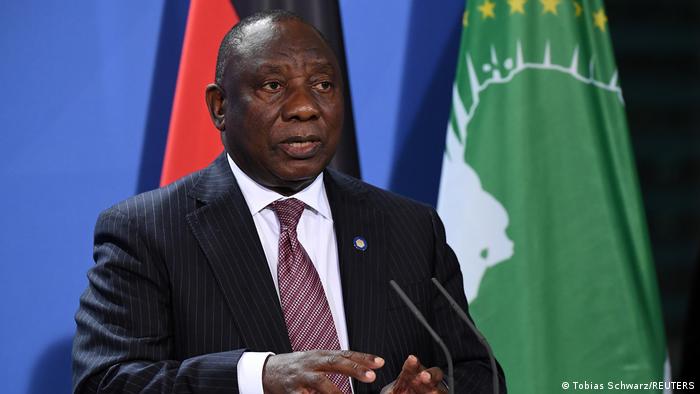 The group is demanding to meet with President Cyril Ramaphosa about a 4-million-rand ($270,000, €233,000) cash payout to help the veterans start businesses.

"As we were leaving the meeting, proceeding to the doors, they closed the doors. It was at that point that we realized that we were held hostage," Gungubele said in a video statement on Twitter.

Police tried to negotiate with the kidnappers, but when they failed, they decided to take "a tactical approach," police spokesman Vish Naidoo said in a statement.

What do we know about the rescue?

The National Joint Operation and Intelligence Structure (NATJoints) sent in members of the elite STF to save the ministers.

No shots were fired during the rescue mission, the NATJoints confirmed.

"It is a situation which was averted by the security forces, very effectively and successfully," Gungubele said. He described the stunt as "untenable" and "legally unacceptable" in a video statement.

"We expect the law to follow its course in dealing with behavior of this nature," he added.

The NATJoints said three of the suspects were "taken for medical checks after they complained of pains."

Police arrested a total of 56 people, including seven women, who could now be charged with kidnapping.

Neither the group nor their lawyers made any immediate statements on the incident.