Protesters are calling for Shell to stop prospecting in a pristine stretch of coastline. The company is expected to use seismic blasting, which locals fear would cripple local fishing communities and marine life. 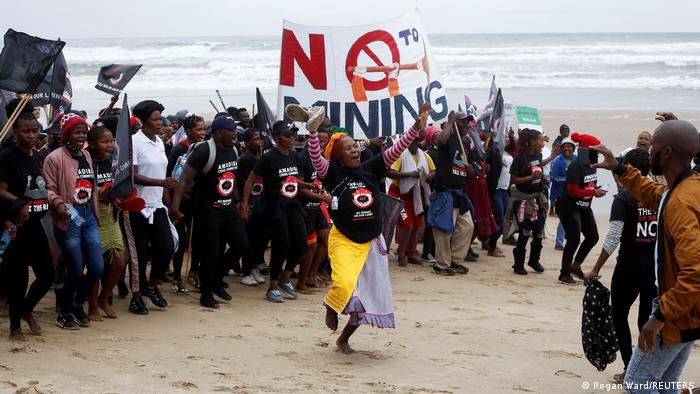 Royal Dutch Shell's plans to explore for oil along a stretch of pristine coastline raised the ire of local activists on Sunday as hundreds gathered on beaches around South Africa, calling for the oil giant to stop prospecting.

Demonstrators are worried about the effect seismic blasting — a prospecting method based on emitting powerful sound waves — will have in a 6,000 square kilometer (2316 square mile) area.

On Friday, environmentalists lost a legal challenge to prevent the company from conducting seismic surveys. 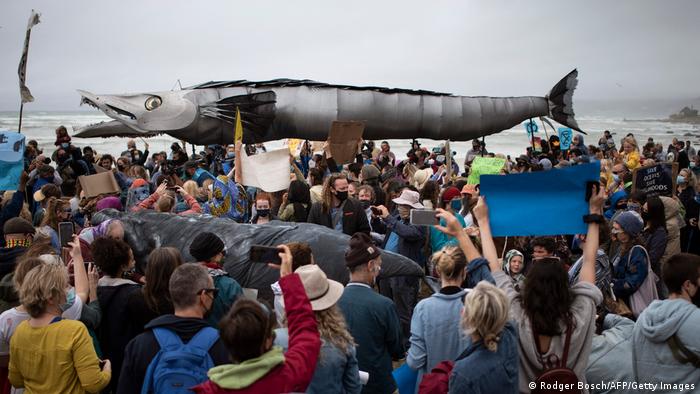 What is seismic blasting?

The process involves blasting the seafloor with highly powered airguns at intervals, and then measuring the echoes, which helps map out oil and gas reserves.

The process can continue for weeks or months at a time. The sound of the blasts can travel for hundreds of kilometers.

Ecologists believe the exploration technique could upset the behavior of marine animals including their feeding, reproduction and migration patterns, especially animals like whales who depend on their sense of hearing.

There are fears the prospecting activity will have a devastating impact on marine life.

The area Shell is planning to explore is known as the Wild Coast along the country's eastern coastline. It's a popular tourist area and environmental groups regard it as an ecologically sensitive marine sanctuary.

"It's just absolutely horrendous that they are even considering this. Look around you!" said demonstrator Kas Wilson. "It's unacceptable and… we will stop it," he said.

"Seismic blasting on the Wild Coast will not only destroy precious ecosystems but will also impact local communities, all in the name of profit," Greenpeace Africa said in a tweet.

Local fishermen believe the prospecting will have an impact on their livelihoods. "I don't want them to operate here because if they do we won't be able to catch fish," said fisherwoman Toloza Mzobe.

Shell says discoveries will be good for South Africa

However, Shell has said that its exploration had received regulatory approval and that its activity would contribute significantly to South Africa's energy sector if resources were discovered.

The oil company plans to spend four to five months exploring in the region. Speaking to AFP in November, a company spokesman said: "We take great care to prevent or minimize impacts on fish, marine mammals and other wildlife."

But environmentalist contend that there will be no chance of meeting net zero carbon emissions targets by 2050 if prospecting for new reserves is allowed to continue.

Powerful investors are demanding climate action from oil and gas giants for the sake of their bottom lines as well as the planet.