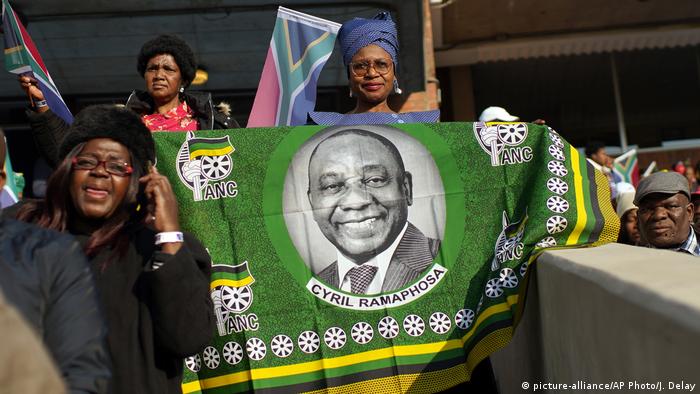 More than 35,000 people, including foreign heads of state, participated in Cyril Ramaphosa's oath-taking ceremony on Saturday at a rugby stadium in the capital, Pretoria. The swearing-in ceremony coincided with Africa Day celebrations in the country.

Ramaphosa's African National Congress (ANC) won legislative elections on May 8 , securing 230 seats in the 400-member parliament, but the 57.5 percent vote the party received was its lowest share of the ballot since the end of apartheid rule 25 years ago.

Ramaphosa promised a "new dawn" for the country after taking over the ANC leadership from Jacob Zuma, who tendered his resignation in February 2018 due to corruption scandals.

The 66-year-old new president, who played an important role in the struggle to end the white-minority rule in South Africa, faces a number of challenges, including the revival of an ailing economy and creation of jobs.

As president, Ramaphosa will also be tasked with shoring up ANC support. Opposition parties have leveled corruption allegations against the ANC leadership, which according to observers have dented its image.

A weakening economy has also dogged the ANC in recent years and contributed to its falling levels of support in major cities.

In addition to persistent corruption issues, land rights were also a key issue in the election campaigning. Both the ANC and the far-left Economic Freedom Fighters (EFF) promised land expropriation without compensation.

The issue has worried some white South Africans, who still own the vast majority of private land in the country even decades after the elimination of apartheid.