South Africa: no local music for the listeners?

Music by South African artists. That’s what was supposed to make up 90 percent of the South African Broadcasting Corporation’s (SABC) program. Three months after the announcement, little has changed. 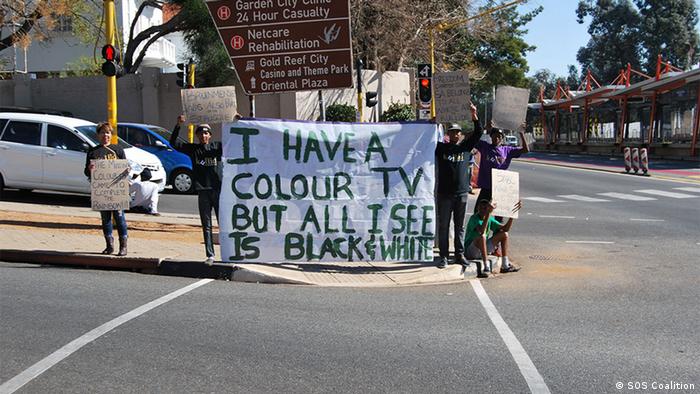 It was during a business briefing in May this year that Hlaudi Motsoeneng, the chief operating officer of South Africa's national broadcaster, received much approval from the audience for scolding his opponents: "Those who oppose this progressive decision of the SABC and its stakeholders - they should accept that we are moving on. They should not dream about Beyonce and others, they should dream about local musicians here."

It's no surprise that many local musicians expressed their excitement on Twitter and other social media platforms about Motsoeneng's so called "progressive" decision: 90 percent local music across all of SABC's 18 radio stations, with immediate effect. That sounded promising. But who was being consulted? Where should all the local content come from? And who would finance it? These are questions Motsoeneng left unanswered.

After the announcement Brenda Leonard, journalist and managing director of the community radio station "Bush Radio" in Cape Town, listened in on some of SABC's radio stations. A sobering experience: "The situation was that "SAfm" and "Good Hope FM" in Cape Town didn't have the physical music in their library. So I think for the first few weeks they played the same music over and over and it started sounding very boring and people obviously complained." Complaints from listeners lead the SABC station MetroFM to backtrack from the prescribed 90 percent quota within two weeks of its announcement. 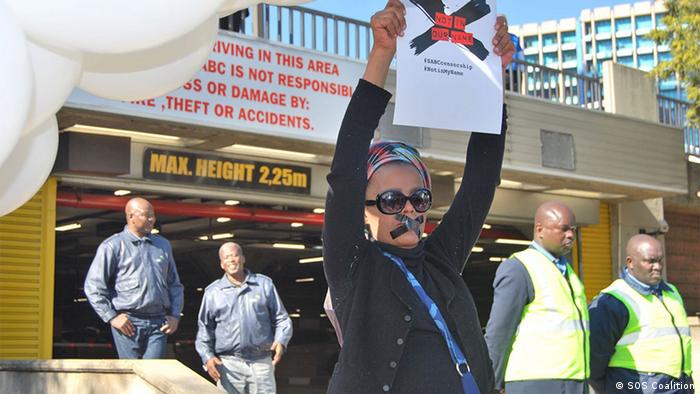 Besides the music quotas, Motsoeneng had also banned images of violent protests ahead of the elections

With the amount of local content being regulated by the Independent Communications Authority of South Africa (ICASA), civil society activist Sekoetlane Phamodi sees Motsoeneng's announcement as a move to bolster his tarnished image: "To put it frankly, Motsoeneng is playing a populist game. This populist game was awarding tenders to the SABC's service providers, awarding commissions to local content producers that were in his fault and would support him."

And support might soon be needed: In 2014 a report by South Africa's public protector found that Motsoeneng lied about his matric qualifications and unlawfully increased his salary.

In July this year the SABC fired eight journalists who refused to abide to Motsoeneng's "good news policy": The ban of broadcasting visuals of violent protests. While the so-called SABC eight brought their case to the Constitutional Court, their colleagues and civil society members protested against the censorship policy. As a consequence SABC’s CEO Jimi Matthews stepped down but Motsoeneng remained in his position. 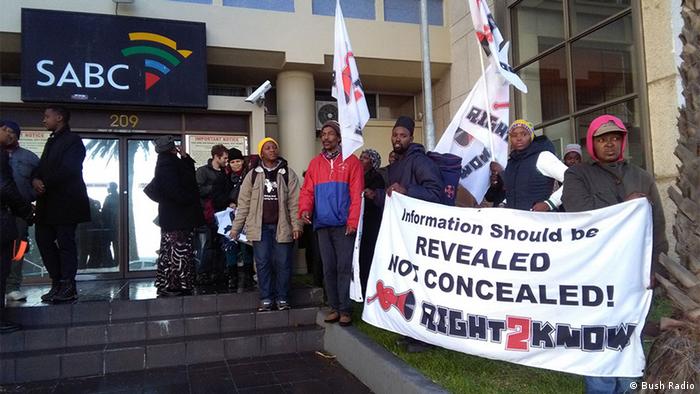 William Bird, director of the NGO "Media Monitoring Africa", thus sees the quota-announcement as a red herring: "It seems what was behind that move to be cynical was the knowledge that they have got other plans in store which is to make sure that they can censor and control the SABC's news and that in order to buy some political will from citizen and others they are going to make sure that they put this out there so that there is a good story to tell on that."

The SABC keeps quiet about the quota

While media observers agree that a higher local music quota is favorable, Motsoeneng's ad hoc decision could lead to the further demise of the already financially strained public broadcaster. In order to avoid accountability for any negative results, the current SABC leadership developed its own method, explains William Bird: "What is so fascinating about the SABC and the particular approach by the management now is, that they make sure to write down as little as possible and they don't issue written instructions let alone provide any evidence for anything that they do."

Three months after Motsoeneng's full-bodied announcement, the SABC keeps quiet about the success of its quota policy. A request for comment by DW was left unanswered. Only the annual report by regulating authority ICASA will provide some insight. But by then, the South African public and media might already be absorbed by the next SABC scandal.

The rise and fall of public broadcasting in South Africa

After the fall of apartheid, South Africa's national broadcaster, the SABC, was transformed into a vibrant source of independent information. But things have since changed – and not for the better. (28.04.2016)