The jailing of the former anti-apartheid activist has sparked violent protests in his home province and elsewhere, leading to several deaths and more than 200 arrests. 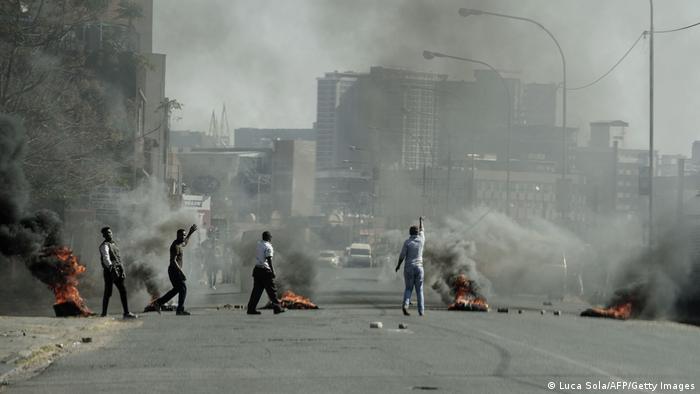 South Africa's army said on Monday that it was deploying troops to help police tackle deadly violence and looting as unrest sparked by the jailing of former President Jacob Zuma entered its fourth day.

A government intelligence body said a total of six people had been killed and 219 arrested in KwaZulu-Natal and Gauteng provinces since rioting broke out, while calls from President Cyril Ramaphosa for a "peaceful protest" appeared to have gone unheeded.

Although some of the protests were triggered by Zuma's imprisonment, economic hardship and tightened restrictions brought on by a third wave of the COVID-19 pandemic are also thought to be contributing factors. 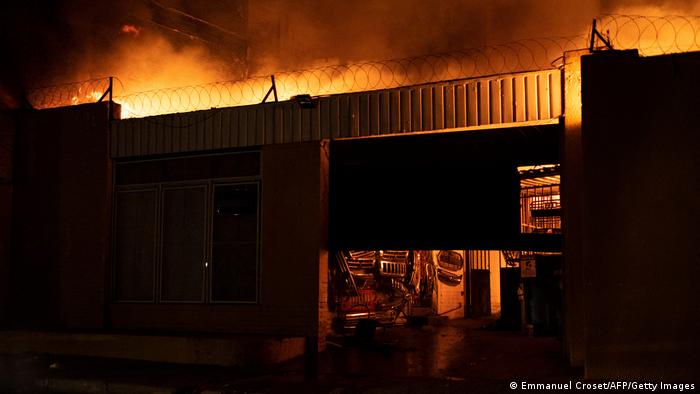 An auto spare parts shop, owned by a migrant, burns during protests in Hillbrow, Johannesburg

On Monday, the South African National Defense Force (SANDF) said it had "commenced with pre-deployment processes" after receiving a request for help.

Personnel will "assist law enforcement agencies deployed in Gauteng and KwaZulu-Natal provinces respectively to quell the unrest that has gripped both provinces in the last few days," the SANDF said in a statement.

Zuma, 79, remains popular in his home province of KwaZulu-Nata, where he is seen to embody traditional values.

Local media showed footage on Monday of a blaze at a mall in Pietermaritzburg, in KwaZulu-Natal.

According to reports, the highway leading to the city had been closed to prevent further violence.

In Eshowe, a town near Zuma's Nkandla home, police opened fire to disperse crowds after a supermarket was ransacked.

Police said some sections of a major road in Johannesburg had been closed because of the protests. 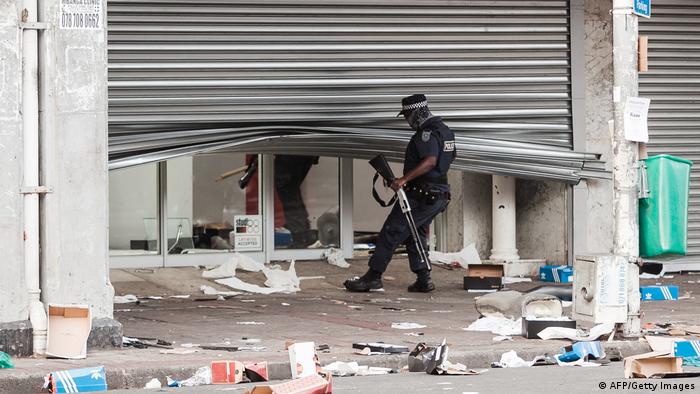 The case against Zuma

The former president appeared in court via a video link after he was jailed last week for contempt of court relating to a corruption inquiry. 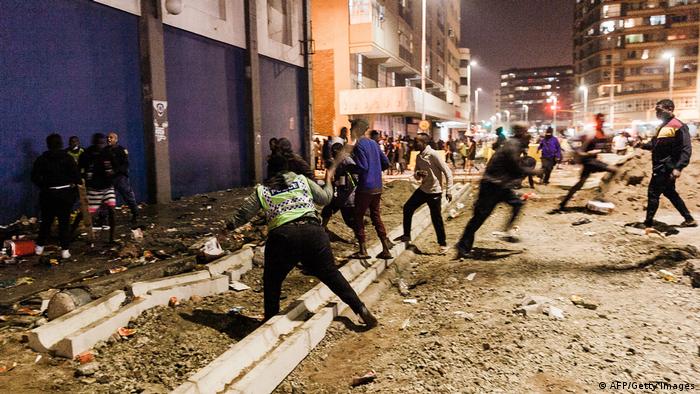 Violence broke out in Durban and elsewhere and continued into Monday

Zuma was sentenced for defying a constitutional court order to give evidence at an inquiry investigating high-level corruption during his nine years in office until 2018.

Zuma's counsel asked the court to rescind his jail term. His legal team are relying on a rule that judgments can be reconsidered if made in the absence of the affected person or containing a patent error.

Legal experts say Zuma has a slim chance of success.

The jail sentence marks a significant fall for Zuma, who was a prominent anti-apartheid activist and leader of the liberation-movement-turned ruling party, the African National Congress (ANC). 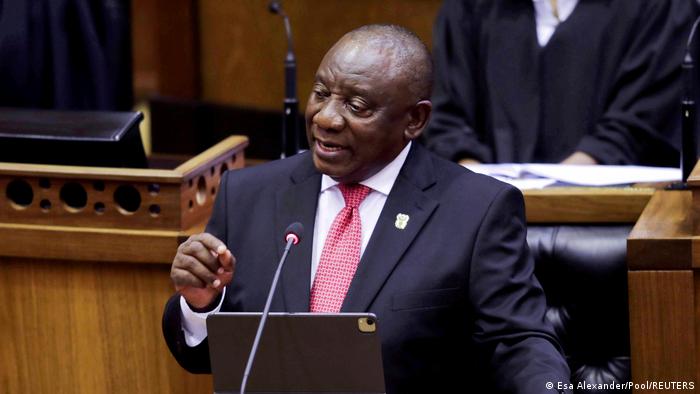 The corruption inquiry that Zuma has refused to cooperate with is examining allegations that he allowed three Indian-born businessmen, Atul, Ajay and Rajesh Gupta, to plunder state resources and peddle influence over government policy.

He and the Gupta brothers, who fled the country, deny wrongdoing.

Zuma also faces a corruption case relating to a $2 billion arms deal in 1999 when he was deputy president. He denies the charges in that case.

Zuma's core supporters claim he is the victim of politically-motivated harassment by allies of his successor, Cyril Ramaphosa.

The former president faces a jail term for contempt of court after refusing to appear at his own corruption inquest. His lawyer argues that he is in poor health and is not a flight risk.

J&J's data, backed up by South African's Medical Research Council, showed the immune response lasted for at least eight months, and could prevent serious illness and hospitalization. Follow DW for the latest.

On an E-Bike through Africa

An expedition on an electric motorbike from Rabat in Morocco to Cape Town in South Africa through 20 countries. Plus: Hispano Suiza's heyday was the 1920s & 30s. Decades later they are back with the new "Carmen".